In my second attempt racing the half marathon distance at the XTERRA Trail Run World Champs I performed far, far better.  A 3rd place versus a 10th place is nice but really, it was the eight minutes of improvement I liked the best.  I think every year this race is slightly different and I felt that the course was probably slower due to the increased amount of singletrack in the first 5km.  Regardless, all the gigantic hills were still in there and all of them were just as hard as I remembered.  Sally Meyerhoff, an elite runner from Arizona, took 8 minutes out of second and 9 minutes from me on her way to the win so she was really racing in another category.  A team of Hawaii University cross country athletes and I had a battle for second that was fun to be a part of and the 1500 athletes that took part in the 1/2 marathon, 10km and 5km all got our money’s worth in terms of adventure and challenge.

I only decided to do this race on Monday last week.  It is time for me to get back on my bike and since the weather has been iffy in Victoria I figured Hawaii was a nice re-introduction to training.  The race was a draw only in that I felt I could run faster than I did last year and I was interested in how much faster.  I wasn’t really here to be truly competitive with anyone rather than myself.  I think that was probably a good race strategy.

I was chauffeured to the start with my homestay family, Barbi and Bob, who were also competing in the race.  They are big fans of the Hurt 100mile trail run race so this race was really the equivalent of track repeats for them.  The race morning was clear, sunny and considerably warmer than the rest of the week.  I kept in mind that I really shouldn’t miss an aid station.  My Nathan bottle for my hydration pack somehow was stolen by TSA so I couldn’t carry it on race day.  Boo!  I also ran in the Avi-Stoltz trail shoe by AVIA which I believe was a better call than the Bolt I ran in last year.

So when we all were off to start our day there were a lot of elbows being thrown in the first 100m so I just kept letting people go.  On the first hill, despite still keeping my heart rate in check, I was in fourth.  Yay!  I was running well even trying to run “slow” for the first half.  Sally was up the road and I was forcing myself to ignore her but Frida Aspinas was pushing the pace with Rachel so I had plenty to focus on. 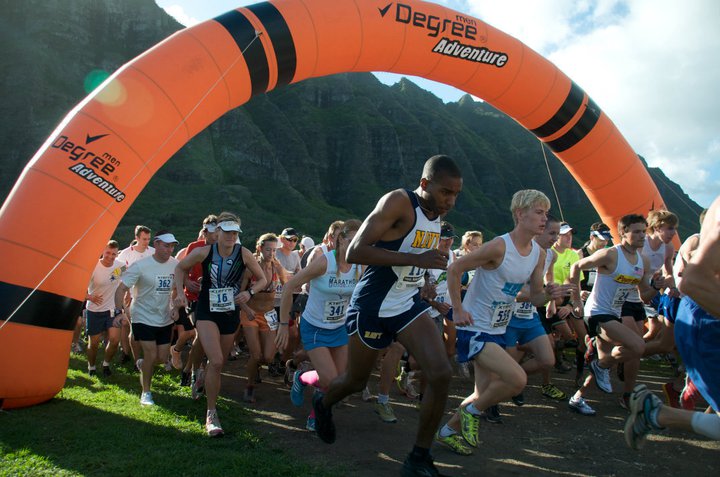 I am number 16.. photo by Christer Tvedt

By the time we finished about 6 miles I was in second with the other girls pushing hard on the hills.  After an aid station I came up beside Frida and noticed that Rachel wasn’t there. I heard some very heavy breathing from my competitor and wondered if that was the appropriate pace for 21km or whether I wasn’t trying hard enough.  Sure enough, on a long singletrack climb I got a gap on her.  I didn’t really push the advantage but rather just tried to think of my own pace.  The men I ran with would drop me uphill and I would come back on the flats so I was forced to pace by myself most of the way. READ MORE

At about 9 miles starts the heinous climb I like to think of as the mine shaft. It is a very steep, switchbacking, soul sucking climb up and over one of the ridges that brings us back to the valley where we started.  I was pretending to run but was losing time to the guys in front of me who were walking so obviously I was running in place. The climb was probably more than 20% incline for most of it and althought is is probably less than a kilometre it takes the equivalent time of three kilometres to summit.  I am sure there are a lot of athletes in the race that, like me, lost every shred of competitiveness when they looked up repeatedly and did not see the top.  Worse, after a nanosecond of descending you would again be facing switchbacks up into the sky.  Then near to the top there is a short piece of singletrack that forces your already abused legs to then do giant lunges.  At that point in the race I will admit I had hallucinations of ice cold coke slurpees, ice cold pools and long, flat chaise lounge chairs.  I didn’t care who passed me because I was so tired, anaerobic, blown and devastated that I simply couldn’t race any longer.. I just wanted to finish.  Like I said, I am pretty sure we all felt that way in that section.   So when I was caught at the top by another girl I pretty much decided third sounded awesome.

When we slid/rappelled down slimy ropes our way to the bottom of the singletrack descent I enjoyed some recovery and managed to come back to life.  I noticed that the girl who had passed me after that uphill was really just as destroyed as I was.  So I decided to pass her again to see what would happen.  Nothing like spaghetti legs on the downhills.  I rolled my ankles about a thousand times when we were running through the singletrack again but I was too tired to really feel it properly.  I kept thinking to myself that I was sure I had not trained enough for a race that long and I should really enter races that were much shorter in the future.  However, second was awesome again!  Of course, shortly after that a German gazelle named Kim Keuhnert went galloping by with these stupidly long skinny legs and I was instantly defeated in my quest for second.  Hooray for third… but don’t get too attached since I still had about 2.5 miles of suffering to go.

But……… I did manage to keep it moving to the finish and held on for third.  A girl named Ina Marie Hjorth from Denmark was fourth about 30 seconds behind me and former XTERRA girl Rachel Cieslewicz was in fifth and Jenny Tobin from the XTERRA crew was 8th after rolling an ankle.  It was a great and competitive race… all of aside from Sally who was 8 mins up in front.  I guess when my PR for a 10km is 32mins then I might get a little closer :).  Congrats to Max King on defending his title with Will Christian in second and Rivers Puzey my podium buddy.  Also a shoutout to my fellow Victoria, BC snowbird Rumon Carter for making the trek and throwing down a great performance of his own.  Lastly, it was powerful to see the team XTREME guys that wore black outfits running as a team in gas masks on such a hot day to draw attention and awareness to veterans from Afganistan and Iraq.  They are raising money for wounded military personnel and the reminder of the human faces that are there fighting was awesome. 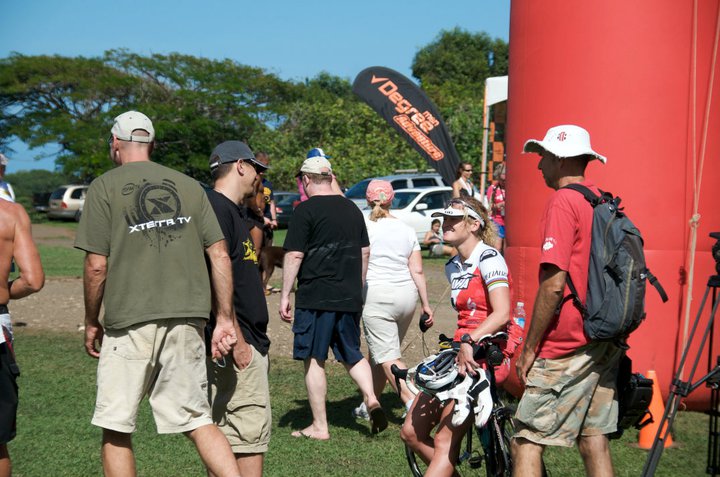 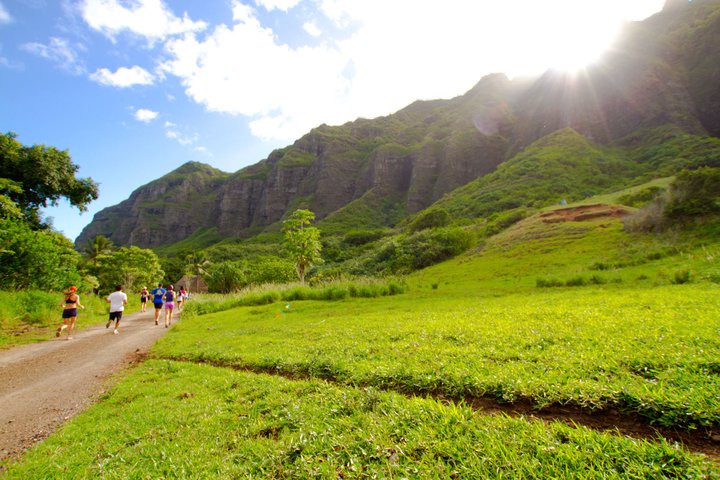 Thanks for the hospitality from the athletes in the town of Kailua and in particular the McAllaster family for inviting me to stay.  Thanks for Team Unlimited for encouraging me to come which ended my World Champs podium drought in 2010 and thanks to RT for the push when I was on the fence about competing.  I am sure glad I did!

Last of the year will be the Stewart Mountain 10 miler and if I remember correctly my legs were still destroyed when I toed the line for that race.  However…in the spirit of offseason nontraining suffering.. I am all in!