I struggled with whether the title of this report should have had a question mark or not.  I know what happened on the day.  Shonny Vanlandingham had a super impressive day to win her first well deserved World Championships title.  This race has been foreshadowed by many strong performances this year by her and has been years in the making with many mountain bike titles in the history books without the elusive stripes.  I am happy that she can add those to her palmares.  To have an athlete from the XTERRA family win the World title this year makes me very very happy.  To have my Specialized teammate Conrad Stoltz also win his fourth World title at this race elevates him to legend status and makes me ecstatic that two XTERRA-focused athletes will carry the title through the season just as it should be.  Absolutely fantastic racing.  Both actually indicated that you can still win this race on the bike as both of them had commanding bike splits to set themselves up for the win so great job in representing the cyclists.  Julie Dibens was a champion to hold on for second place in the race just dangling off Shonny’s heels and Marion Lorblanchet backed up her European title with a third place at Worlds.  Bravo ladies! 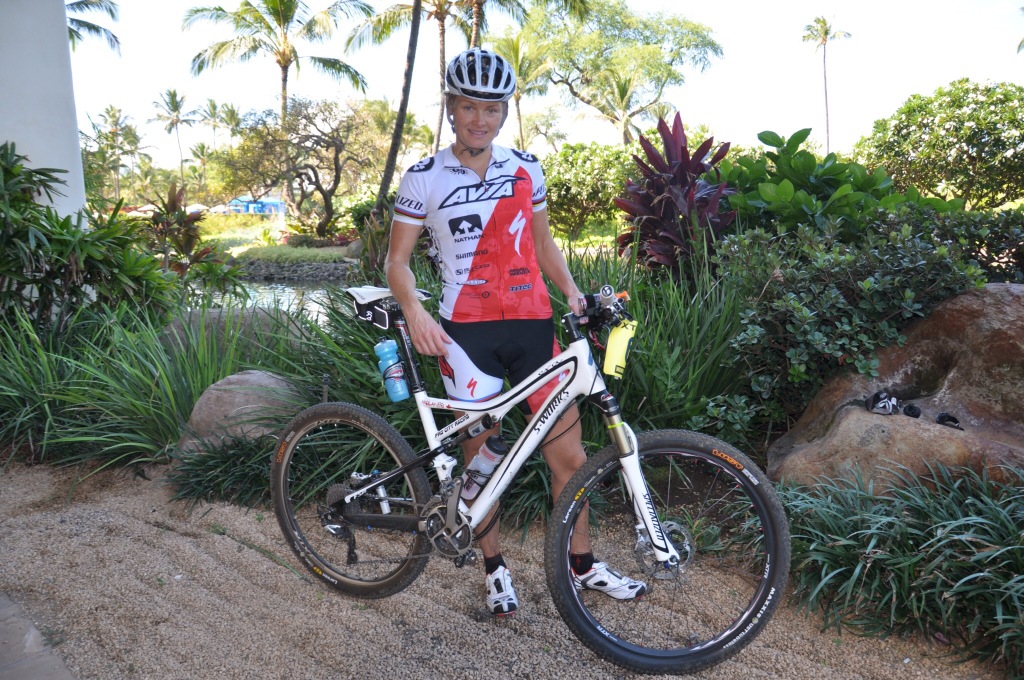 The MelRad racing team was also really shining at this race.  Thank you to all of you (although I couldn’t find you at the dinner guys!) and congratulations on being such great sportspeople!  We had a number of best performances on the team highlighted by Fred Smiths fastest run split in the age group field, which is fantastic.  Congratulations to all of you.  Also congratulations for the giant group of Canadians who came to this race… once upon a time we were small… now we are a force!  So proud!  Please READ MORE BY CLICKING ON THIS….

As for me, it is a tough situation to swallow when you don’t have any indication of what went wrong.  There is nothing really that can explain my weakness on the day.  I did a different taper for this race which is the only difference I can think of.  I was confident, excited and relaxed but on the day I was weak.  I did keep giving myself hope that I could get back into the race by just pushing as hard as I could with powerless legs on the bike, thinking that a bad day on the bike could be turned around by a magical run.  But the legs were not good.  I held as strong as I could as my race unravelled until about mile 4 on the run where I rolled over my left ankle again on the rocky downhill and that is where I was finished racing.  I made my way to the finish but I was defeated mentally.  That was tough.  To have a catastrophic day during a season isn’t unheard of but when it happens at Worlds when everyone is paying attention to our sport is devastating.  It is also terrible because there is no race to redeem myself in XTERRA until 2011.  Ouch. 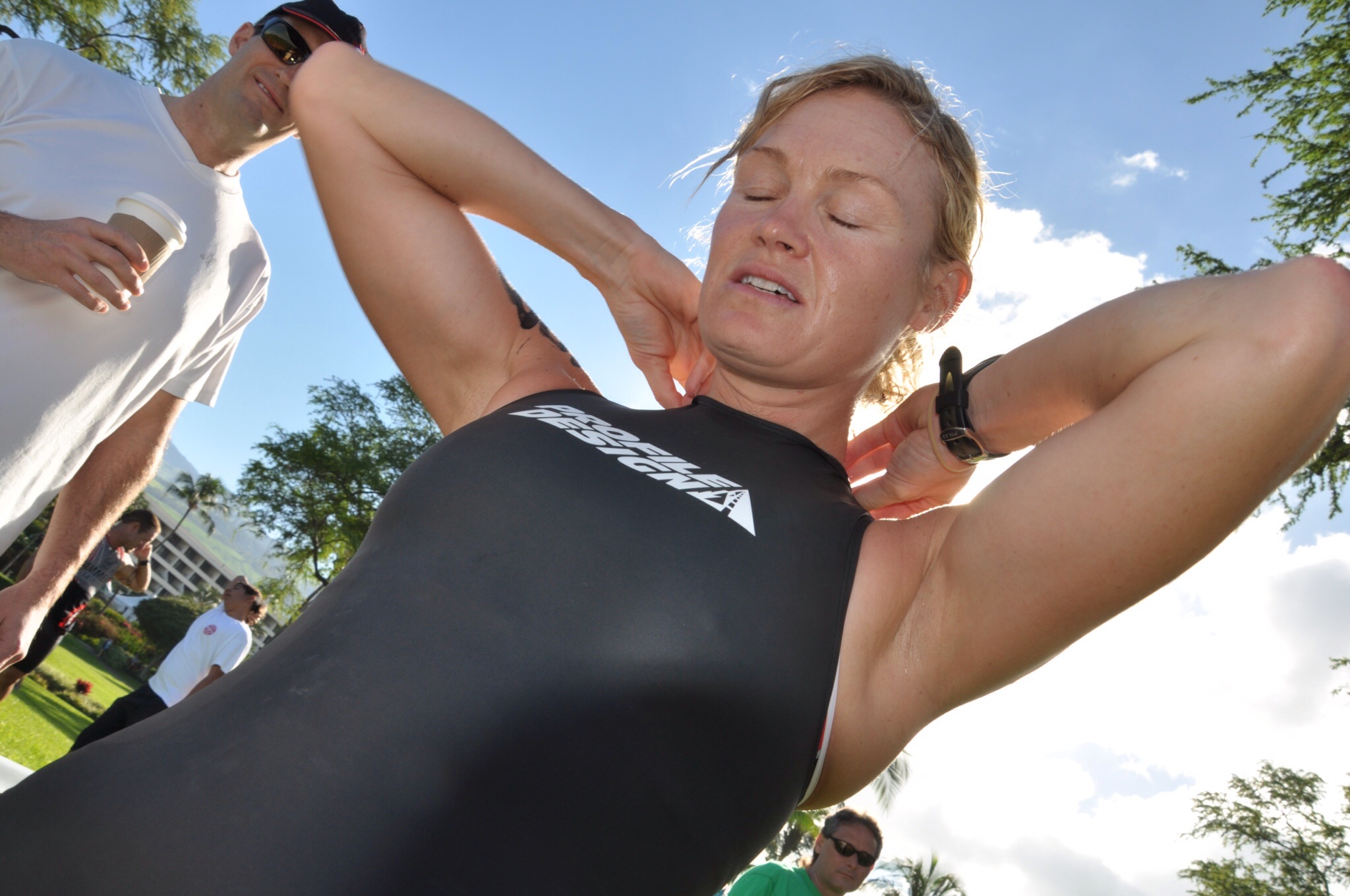 I wondered for a day or so if it was pressure.  When you are a favourite, you put more pressure on yourself to do well and this race is the one I focused on so much this year.   How could it have gone so wrong when I was so careful with everything?  I am not sure of the answer to that one.  I don’t know why it happened or what I am going to take away from this other than some perspective.  Is it possible to have a terrible day for no reason?

When it is all going right it feels like you are invincible… you can do no wrong.  It is a fine line riding a peak… it can be tricky.  It wasn’t just Melanie that had a terrible day on Sunday and a mechanical would have been worse.  I came into transition with Josiah Middaugh who rode four flats before running his bike into transition and finishing the race.  He was the only man who could ride with Conrad on Sunday (he flatted when they were riding together) and we know he can run.  No doubt there are so many stories of people not performing to their potential.  It is our turn to toast the winners and celebrate that we had the opportunity to be in the fight before silently plotting our return. 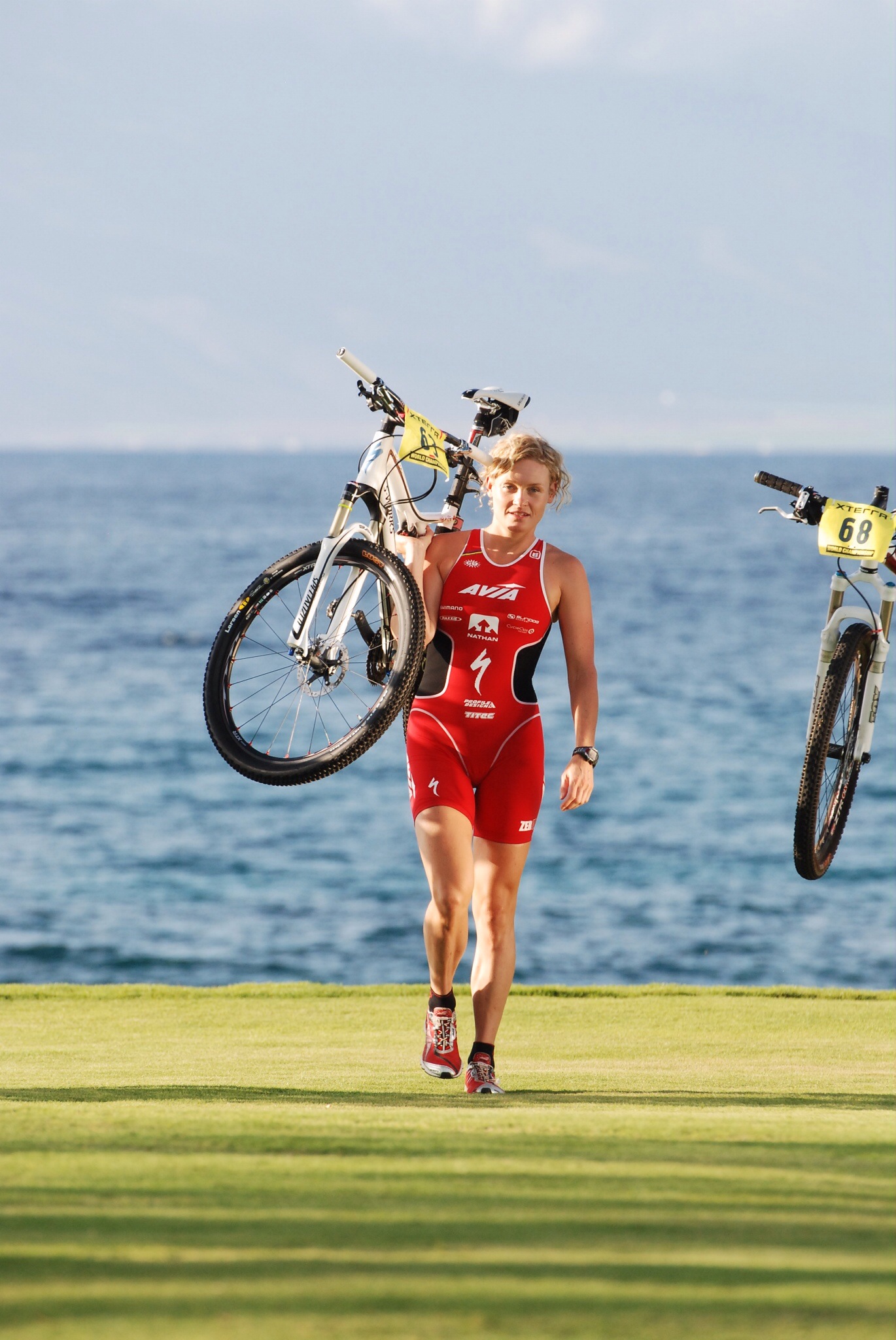 I was not a champion on Sunday but I refuse to identify myself with that day.  I won every other major one day race on the XTERRA tour this year:  European Championships, Canadian Championships and the US Championships.  I also won my first 70.3 race.  All in all, it was a really good season with some big improvements for me as an athlete.  I have the opportunity to race the 70.3 World Champs which will be a fun way to end the year before regrouping for 2011.  I am a pretty lucky girl.

The shining moment on Sunday:  a young girl named Emily was my biggest inspiration for the weekend.  Her mom was there to race and along with her younger sister the three of them were my favorite fans.  Emily is a fifth grader, was second in the 5km race, is undefeated in triathlon, runs a 6:20 mile and she wants to be a pro triathlete.  Future superstar.  She told me after the race that she still thought I was awesome even if I had a bad day and in fact came over and gave me a hug and walked me to transition to get my bike.  I was so glad I finished the race so that I didn’t look like a quitter in front of Emily.  It is motivating for me to throw down at least one more performance for her before I am done because I look forward to seeing her career blossom in the future.  It is tougher to be inspiring and a good role model when you are disappointed in yourself but I guess that is where you really need to start working the hardest.

Thank you so much to my sponsors for the support and encouragement in this adventure that I call a career.  Thanks to AVIA, Nathan Performance Gear and Specialized for your commitment to innovation and performance.  To Shimano, Maxxis, Sundog Eyewear, Profile Design, Titec, Powertap, Zerod, GU, Genuine Innovations, USANA, ESI Grips, and Saltstick – it takes a lot of effort from a lot of people to do this thing called racing.  Thanks to Trey, Janet and Dave along with the other champs from Team Unlimited for working so hard to create and run this amazing sport of XTERRA.  I am so fortunate to have all of you guys giving me this opportunity.  Thank you to Benno for the great mechanical support .  To Jacky, my coach, I guess we were having all wins all the time… now we have one failure.  I have always found I learn the most from the bad performances in order to create my best performances.  Lucky us, we have something to kickstart that improvement 🙂 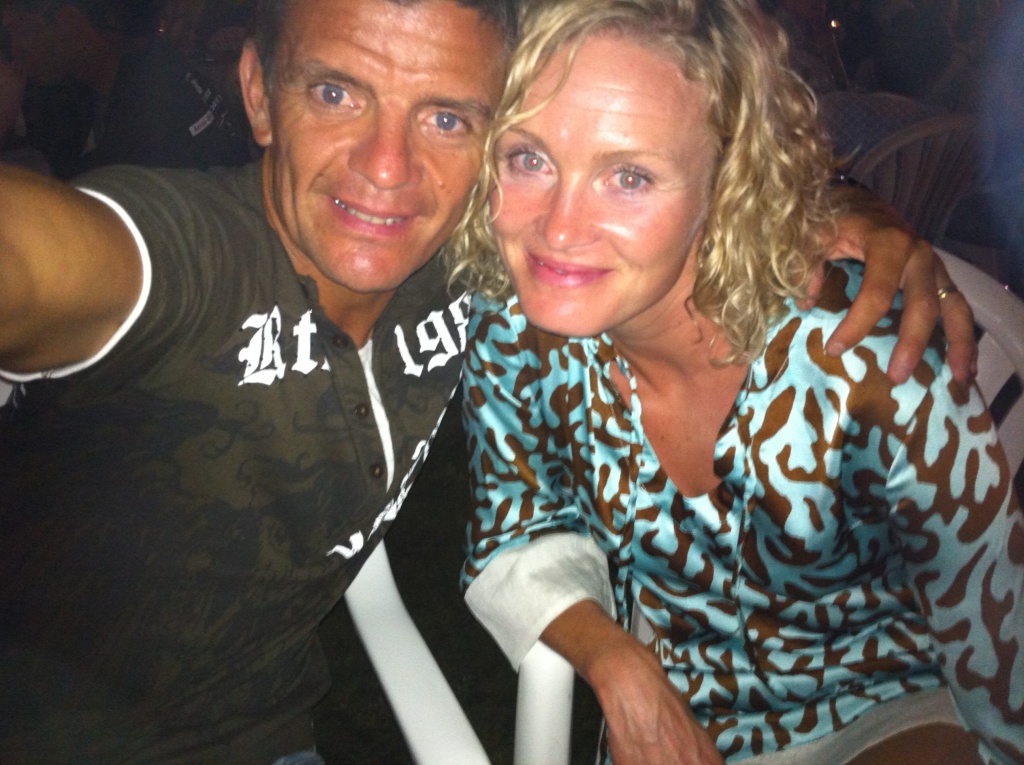 Lastly..  Ross was amazing in this whole experience.  Most amazing when it didn’t go well.  His ability to remind me that there can be no winning without some losing, reminding me that he thinks I am cute regardless of how fast my last race was and helping me to have fun with things completely unrelated to triathlon.  He hates it when I post him on the internets but I had to put something here about him.  He is my solid foundation in reality through this whole experience travelling with the circus.  Thanks to him and his amazing family that joined us on this trip for quickly turning around my vacation and putting bandages on my bruised confidence.  xoxMel