Well I didn’t leave QUITE yet for Alabama. There were a number of compelling reasons why I changed my flight to leave a week later and skip the BUMP mountain bike race all of which added up to a change of plans. I was pretty stressed out getting ready to leave for six weeks of racing and when I up and decided to make it five weeks it suddenly became much more manageable and a lot of stress lifted. Mission accomplished. It was unfortunate to miss the BUMP race but that mountain bike race didn’t really help me last year given I LOST the XTERRA after I did it.. ha! That was not why I didn’t go… I really did need to stay in Victoria for the weekend because we met a half brother Ross and his siblings only recently found out about. It was very cool. So besides lots of family stuff… here is how I spent my extra bonus week in Victoria…. 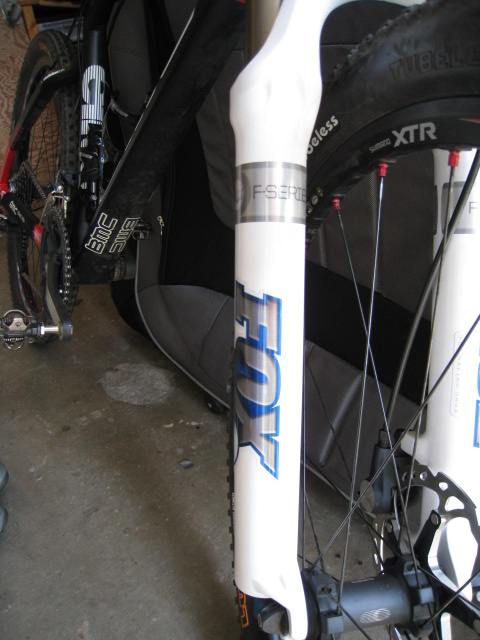 Welcome the new 2009 Fox F-Series fork to the program… 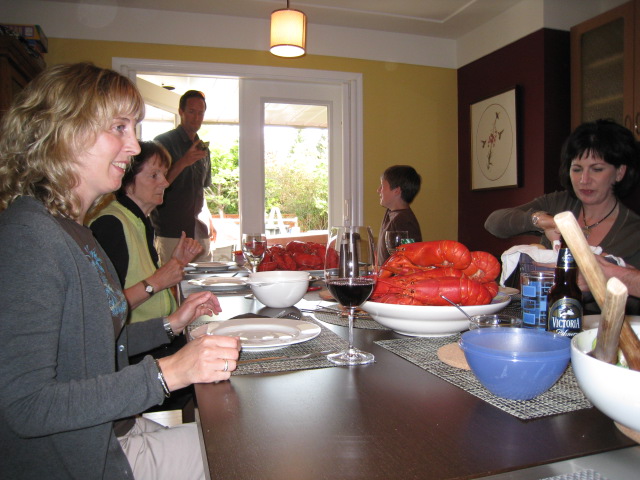 My extra weekend without the mountain bike race changed my training plan to include a couple extra sessions of running. I have been mostly focused on the bike this spring so a couple extra runs will help me in this next block of racing where the mountain bike portion of the race is short and the run portion is long. Becoming overall XTERRA series champion means you have to have the FEWEST weaknesses so that no matter the course, you can win.

In the spirit of minimizing weakness, I did my favorite leg speed run on the treadmill. I am sure many athletes can run WAY faster than me but this one is totally brutal for me the way I did it. I have a Woodway treadmill to run on and I swear it is way harder than any other treadmill. I used to run on a Precor faster than I can run on the Woodway which is frustrating but not relevant. It only matters how fast you run OUTSIDE so as long as the treadmill makes you suffer, it is all fine. I did 15 by 1 minute at a 2% incline and 11.5 mi/h. 15 seconds before the interval starts I hop off and get the belt up to speed, jump back on and run with all my might for 60 seconds, and then hop off and slow the tready to an easy jog for 90 seconds of rest to do it all over again. I think 11.5 miles per hour is tough but it is funny how it feels the same as 11.8 and 11.2… just plain hard (I experimented with different speeds during the workout and I am sure they all felt the same). I am thinking next time I could go a bit faster but I already had the worst hamstring pain two days later from running as fast as I could uphill for 15 repetitions so that was probably enough. Not feeling the love from this workout quite yet but I know I will. I have noticed when I run with the girls here in Victoria that I am strong on hills, both up and down, but just increasing the turnover on the flats is killing me. I need this workout to get my legs hopping on fast flat sections.

I am lucky enough to have my BMC Team Elite kitted out with the new Fox RLC 2009 fork.. the one that will come with a remote lockout next year. It has some new improvements including lighter weight without losing the solid feel in corners plus the travel is nice and plush. It is pretty awesome. I got another opportunity to blast the “Hour of Power” but I had to do it myself which kind of sucked, I really missed Kelly! I ended up riding a 9:18, 9:30, 9:28 and 9:29. So I was not that fast but pretty fast for struggling to motivate to ride as hard as I could all by myself. 9:38 was my slowest lap the last time I rode with Kelly so with my slowest being 9:30 while thinking I was not into what I was doing was good even if I wasn’t setting record times with under 9 minute laps. It was funny, riding my Team Elite felt so weird because it is SO light in comparison with my Shiver that it was like a wild horse trying to escape on the first descent. Ha! Ross and I rode Sunday together and pounded some single track and the Fox felt SO nice. Even riding a hard tail I could punish Ross a little in some sections. He still beat me in the first sprint though. I got him on the second one. 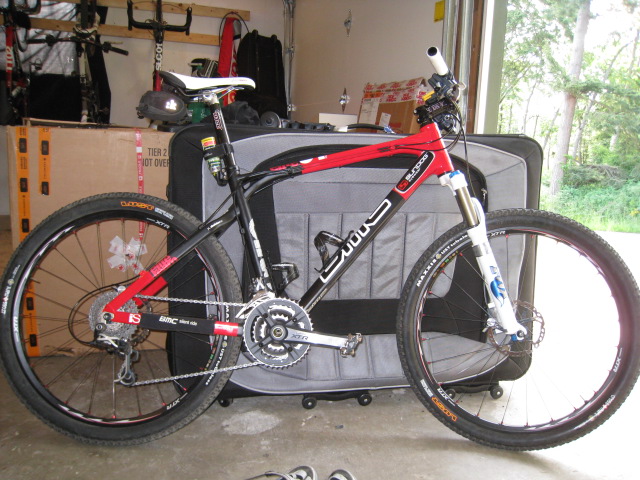 I finally got ONE decent swim in last week. I was swimming all out 100s followed by race pace 200s. Given it was the day after that heinous run workout my times were not earth shattering but at least I was going HARD, which is really tough for me when my legs get super tired. In fact, I find that most of the time I go to the pool feeling crappy and swim about the same… up until I start tapering for Maui when I finally feel good again. Here’s hoping my swim is coming around in time for this next block of racing. I have no intention of coming out of the water all alone any more this year. That swim in Temecula was just not good enough! Well, hoping and wishing is not enough unfortunately so I swam 23 km last week just to give it a gentle nudge in the “get faster” direction….

So the last and most boring part of my extra bonus Victoria week was my gardening frenzy. I have sprouted a bunch of seeds to grow tomatoes, spinach, lettuce, some flowers and some herbs in pots on our patio and in the garden. The weather wasn’t cooperating so it has only been sunny enough to put them outside recently. I finally planted the little fledglings out there hoping for their growing success. They will totally be dependent upon Ross’s watering skills since I will be away for the next while which means they probably aren’t going to make it… but I tried! 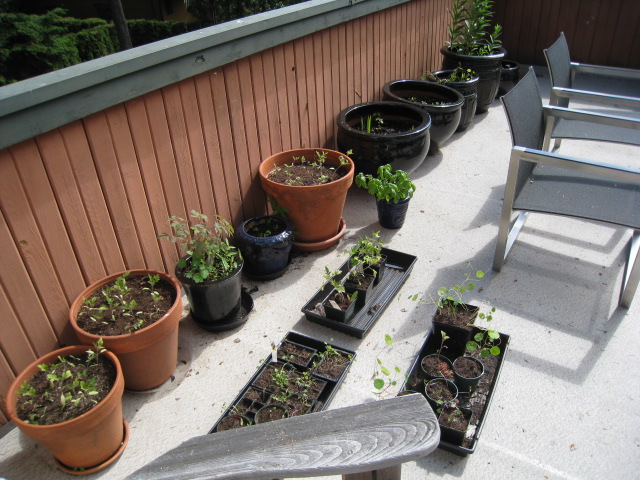 I will tidy the mess up when I get back…yes, we are going to paint the house so it is not that ugly brown…

So now I am REALLY packing for departure. XTERRA Alabama is this weekend and I am totally focused on reclaiming my 2006 title at that venue. The next two races are true mountain biking races so I expect to have some tough competition from both Shonny Vanlandingham and Jenny Smith. Not to mention the rest of the girls who were breathing down my neck in Temecula! One race at a time…..