I have not been able to attend some of the races I have planned this spring, for various reasons, so I decided to create a local “race”. I felt that I needed to ride my new mountain bike at race pace and no matter how strongly you adhere to the intention of riding at race pace for 3 hours in the trails, there is nothing like a looped course to keep you focused and on track riding fast for an hour or so. Luckily, I have my fantastic training partners Ross, Palmer and Kelly who kept the effort honest and made the day at the "Dump" (a popular Victoria trail network on a landfill next to the municipal dump) so much fun. We tried to convince Plaxton, Sydor, Virge and Cruikshank to join us as we all met early that morning and rode out to there together but I think just the whole “triathlete” thing freaked them out, haha! I think the four of us agreed that the race simulation was awesome training and the sore legs, sore arms and overall fatigue associated with it meant we had a solid day. I have done two of these race simulation efforts in the past two weeks which means I can compare lap times on my Fourstroke to my new Team Elite 01 and gauge my efficiency on each bike. So cool. 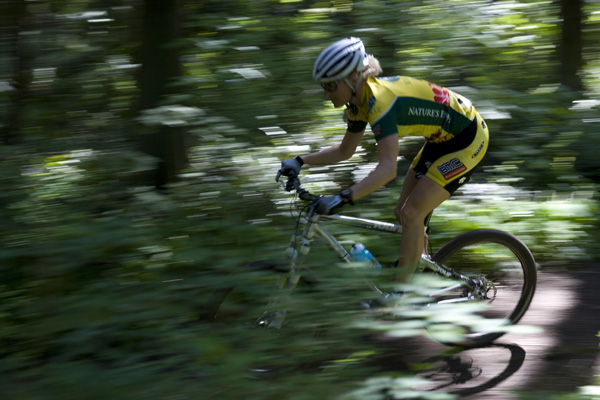 Why did I not go to the mountain bike races down south? First off, I wanted to make sure my bike setup this year is 100% right. Moving to a new bike took me a bit of time to get dialed in and the new hardtail just reached North America so I needed some time to get used to it. All part of a new bike, I guess and now we have the money set up. By staying home I could evaluate how I feel on the bikes under familiar circumstances at home… rather than going to a race and feeling terrible and not knowing whether it was bad legs on the weekend or an error in my setup, which was an error I made earlier this season. I stand by this decision now. Without travel and taper for big races I managed to fit another two weeks of hard running and swimming in with my mock “races” on the mountain bike. Pretty intense training and Ross has even been complaining of fatigue having only done the weekend portion of the schedule but he did awesome in our race regardless… so more on that….

Our “race” course was about 8-10 minutes long, depending on whether you were charging or blowing up. The first section was technical single track climbing with some roots, log pyramids and tricky cornering. Next section is a switch backing descent called Sidewinder which is fast but could be costly if you make an error so smooth is better than fast. The last section of the loop is a steep but short 3-5ish minute climb (I still haven’t looked at exactly how long it is) which is middle ring but steep with some false flat sections and step ups. A perfect loop for our intention because you end up going into the single track maxed out, climbing up a bit further and descending at high speed where you have to have all of your wits about you to not run into a tree or ride of the edge of a switch back. Glorious fun! I ended up holding anywhere from 9:28 – 9:44 laps, with my last two improving on my second and third, but in general keeping them all (but the first) within 5 seconds and kept Kelly and Mike at 3-ish minutes by the end. Good endurance but I felt my speed is a bit off. Kelly is riding single track WAY faster than he used to so some major improvements by him over the winter which will serve him well on the XTERRA circuit this year. For me, my fastest was faster than my fastest last week, so going strong if not super fast.

So like I said, LOTS of good work went into my time at home. Maybe too much? We’ll see

. My new thing has been “make Mel run fast” and that is pretty much what I have worked on for much of the winter. I am definitely running fast having almost doubled the effort from last year. Swimming much faster… but so cold here that I have had very limited open water training so we’ll see next Sunday. Riding fast? Hmmm, depends on the day. Because I have been running so much and really haven’t cut the volume for race season yet I have some AWFUL days and some MAGIC days. Depends on the level of fatigue I am operating under. I stayed with the same plan as last year which basically means train very hard all the way to Temecula and then go into race season mode immediately after. Seemed to work last year and it allows me to work harder for longer. My longer preparation phase seems to set me up for crazy good performances later in the year but also means I start the season a bit more gradual. I don’t think I will be that slow this year though. I may have found a new level.

So after the race today I have definitely decided that my BMC Team Elite 01 is magical. I LOVE it! So great, perfect climbing geometry, light, nimble, fast! Now my job is to make my legs as good as my bike. Rest time starts now and go time is Sunday. Riding a Maxxis Larson TT rear and a Ranchero front tire at Temecula. Hope that is the money setup…. See ya there!