I have never had the opportunity to race Escape from Alcatraz because of scheduling but have always admired that race from afar.  When I saw that Terry Davis and his Tri California events team was holding another edition as the San Francisco Triathlon at Alcatraz -I was in! Not only did going to San Francisco for the race knock another classic race off the triathlon bucket list for me, it also represented a solid training opportunity as I gear up for two XTERRA National Championships and the Worlds.

I haven’t raced such a short road triathlon race in a long time.  This race was a 1.2 mile swim, a 25 mile bike and a 7 mile run so an extra long swim (which took even longer than what 1.2 miles should take), an Olympic distance bike course and a hilly 12 km run.  Kind of a weird distance and not necessarily suited to me but with a hilly bike and a hilly offroad run course it was going to be a great challenge that would help jam some speed into my legs.  The main contenders proved to be Amanda Stevens, Tenille Hoogland and Kristen Peterson who are all amazing swimmers.   Tenille won the race just in front of Amanda with me chasing hard in third after coming into transition with Kristen, my Specialized teammate who finished fourth. 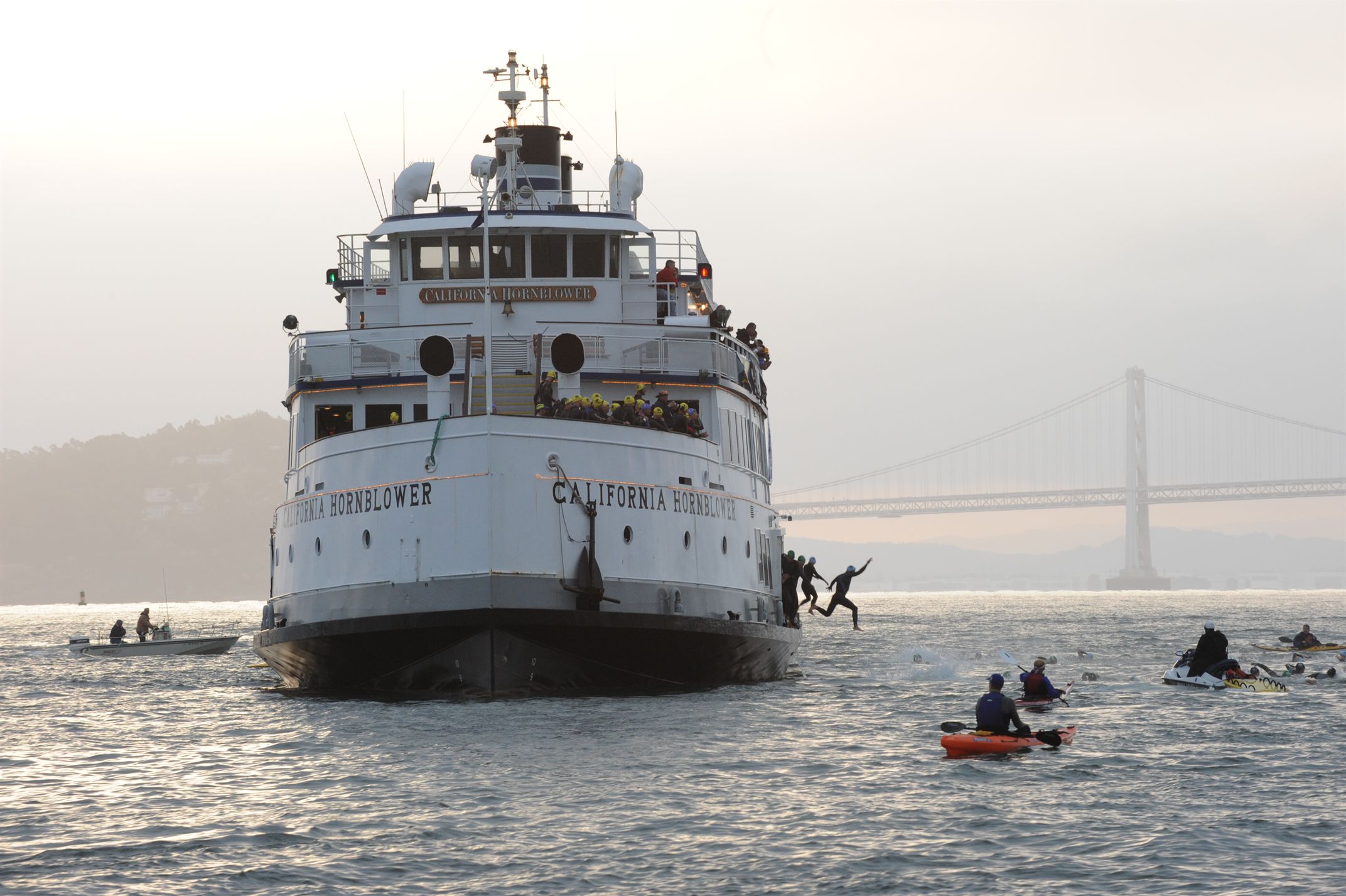 Click read more for the rest of the story

Jumping off of a ferry into the San Francisco bay to swim your way to a set of stairs that appear as a speck in the distance is not an easy swim to navigate and in my first attempt I was not overly successful.  I wore my new Profile Marlin wetsuit and was super warm and comfy in the 59 degree water.  Maybe too comfy?  I suffered a 4min 16 second deficit following the swim which was followed by two of my worst transitions of recent history which did not help me in my pursuit.  Despite the fastest bike and run splits I was unable to bring back two of the fastest swimmers and settled for third, just over a minute behind.  I am sure no one would have expected a top run split from me in a road triathlon so that was a victory in itself and the work I have done this week and in the previous weeks is going to be truly evident in the more important races to come.  As much as I like to put it all out there to win it just wasn’t my day or my race this weekend. 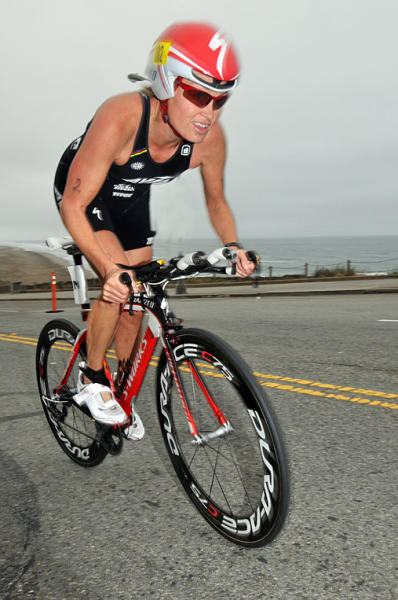 The bike felt really short and although tough went by very fast with only 1:12 my time for a hilly 40 km.  I was too fast on my Specialized Transition with Shimano C75 wheels I guess 😉  I was kind of hoping it was an hour thirty course but nosomuch.  I took the fastest bike split but I know I came off the bike thinking I had left a lot out there.  It could just have been the cool weather which tends to not suit me that much.    The hills, although numerous, were often and predictably followed by downhills 🙂 and both Amanda and Tenille were riding well pushing each other.  That kept the overall speed of the race still very high for a tough course which is not good when you have to chase. 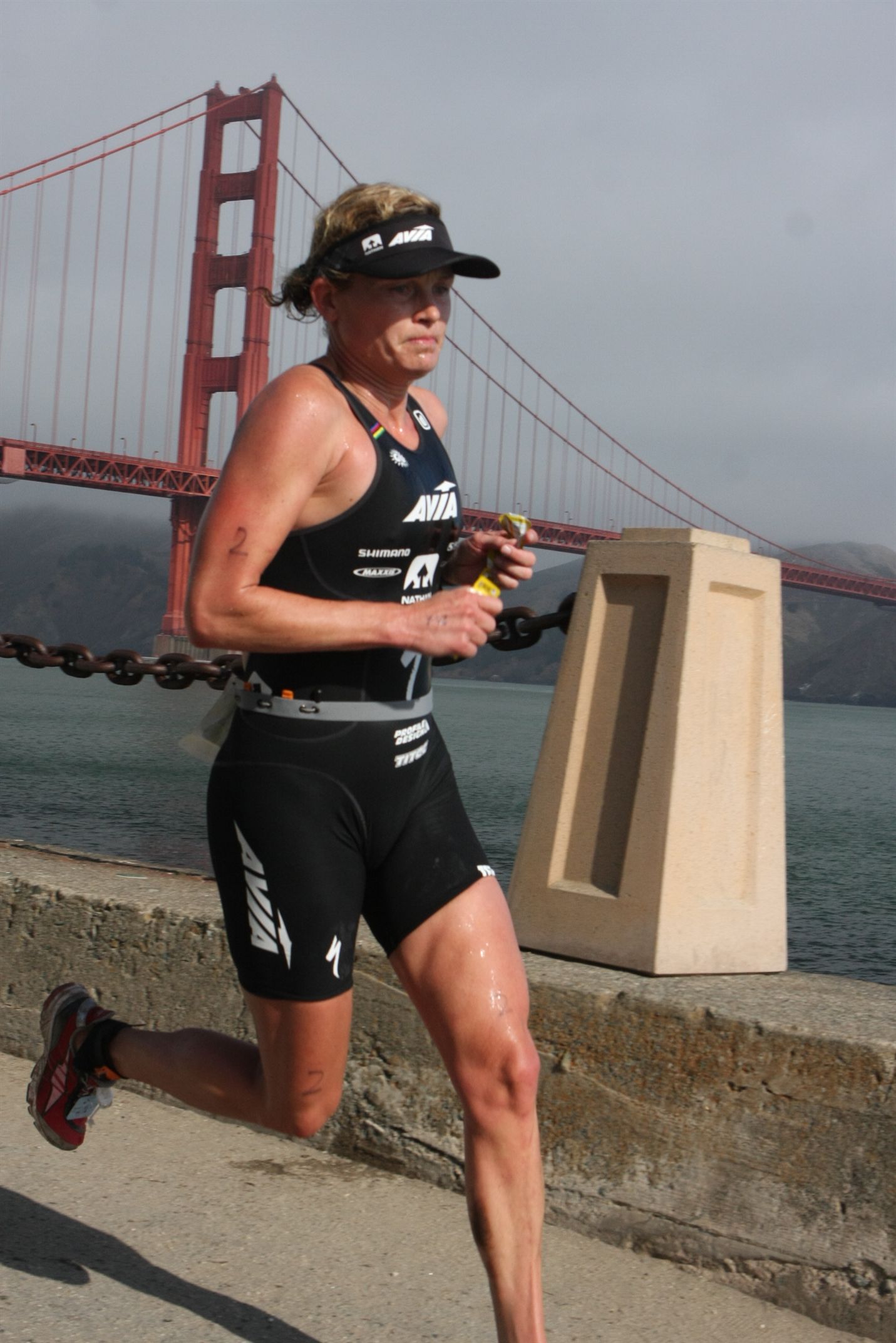 However, on the run I felt pretty good.  I left transition with Kristen and got the chase started but not before I wrestled with my Avia Bolts in transition – never have I ever had such an issue getting a shoe on.  Were my fingers frozen as well?  Not sure but I was an absolute mess in there.   I really got going at about 4 miles (the point at which my feet unthawed, I am not a fan of cold races!) but unfortunately the race was scheduled for only 7 miles and I ran out of real estate.  Amanda and Tenille were within 20s of each other the whole race which meant their battle royale made my chase even more difficult and ultimately, unsuccessful :).  Well, it was still a podium spot in a short road event with the fastest bike and run so that is still success!

I did have a great time touring the city with my friend Todd and had a chance to visit many districts of San Francisco I haven’t seen, managed to pick up three bags of Blue Bottle coffee (and drink two lattes) and had a wonderful brunch at Cafe Des  Amis after the race.  With only a tiny blister on my foot I was even in good enough shape to convince Todd we should go get pedicures to chat about business and life.  Todd is an entrepreneur friend who is a great sounding board for all sorts of ideas, plans and schemes who is embarking on a new and interesting project I enjoy hearing about.  Despite my adherence to a no wine weekend (too much travel, too many early mornings and too heavy a training week without taper for any shenanigans) we did have a great time.  That said, a French 75 would have made our experience at Cafe Des Amis  just a shade brighter 😉 so rain check for next time (and a new waiter please).

So now I fly home to Victoria to cram another weekend of hard work in before Canadian Nationals at Whistler.  Despite a star studded Canadian pro cast at that race I have my eyes firmly fixed on what I need to do and where I need to be on October 24th so back to work.  What is it now… 8 weeks to the big show?

Congrats to all of the girls on the podium this weekend.. thanks for the fun and tough day out there!  Looking forward to my next opportunity to rock the skinnies on the road.  Thanks to Terry Davis and Tri California for yet another fantastic race where we as pros felt absolutely pampered.  Terry’s races are among the best organized and most pro-friendly in the US.  Can’t wait for Wildflower 2011!  Thanks to all my amazing sponsors who are so supportive of my new road obsession…and next up Whistler, eh?