I guess if I just sat on my butt and rested physiologists say that by now I should be starting to feel better up at 8,200 feet. However, the plan was to get some work in while I am up here to prepare myself for Ogden in one week and even more importantly, for Maui later this year. The upside of being worked over by high altitude is that when you go back to sea level your body can improve in incredible ways. Or at least, that is what I have found in the past when I have done things right. The downside of the effects of altitude arise when you come to do a training camp in Colorado, where all of the main competitors for any given Championships live, and you get your butt handed to you more than once. There was some improvement from Crested Butte, as I managed to hold off Jenny Smith (although she was ill last week so I honestly thought that would be the case anyways) but Shonny Vanlandingham put a large dent in me.

Honestly, I thought Shonny would be a problem for me on this particular course this weekend. It was almost as if Mike Kloser (course designer) decided to make a course exploiting all of my weaknesses at once. The course was long, extended, steep (lots of granny gear) climbing at an elevation above 8,000 feet. Yuck. That describes both the bike and the run for the XTERRA Beaver Creek race. Last year on this particular weekend I did a NORBA in Aspen on a similar course (with the same amount of time at altitude) and finished close to Jenny but WAY behind Shonny so coming off the bike only a minute behind was not completely terrible given it was my third race in six days (TRAINING WEEK!). Messing up my transition and blowing on the run wasn’t pretty but confirmed that I had done a little too much to bag this one. So, all in all, at least a second place for a training day although it felt much more important than just a training day because there was a pile of money on the line courtesy of the crew at Beaver Creek and Team Unlimited was there to help put on the race. It was like a National stop only the swimmers didn’t show up.. ha! So anyhow… on to my crazy week (which is a lot of training but I am pretty sure the end will justify the means)… 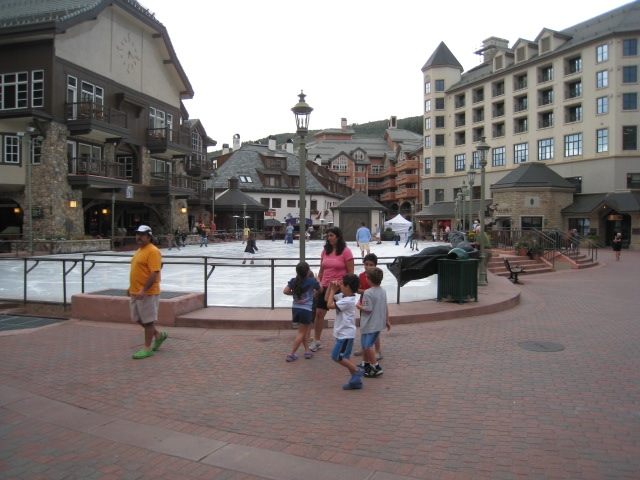 I came to Vail straight after Eldora and started the week with a Dunk N Dash event in Nottingham Lake. That event was a 1600m swim and a 5 km run. I ended up third, two minutes behind Josiah and pretty close to Karl Edgerton who worked both of us on the swim! That was my double swim day after swimming at Flatirons in Boulder with some very fast swimmers and cracking at altitude (we were doing a set that I probably could make at sea level but truly suffered on at 5400 feet). Monday, done.

Tuesday I rode the bike course (look WAAAAY up!) with Karl and suffered but tried to keep it as easy as possible. That evening I decided to investigate the run course and since it was not marked I ended up running 90 minutes of mostly hill repeats. I was swearing and pissed off at myself for not being sensible and stopping but I just HAD to see it so… anyways…

Wednesday I did a solid swim set and an easy spin in the morning before heading up to Beaver Creek to do a mountain bike race. I was solidly late and because there was no parking I rode up to the start (a 20 minute climb) and barely got registered before I had to clamber over the entire field of racers to get to the start. It was fun to do the race in the mud and rain but I was feeling a bit pooched so I wasn’t too fired up for it. I tried to hold a good rhythm on the climb but when we went across the flats I was caught and passed by Gretchen Reeves. I’m pretty sure the 15psi I had in my tires didn’t help but shortly after I was caught Sari Anderson as well. I stayed on both of their wheels through the single track but when the course was winding down to the lap point I was gapped (I didn’t really know the course) and I didn’t close that gap before the next flat bit so I stayed in third to the finish. In fact I accidently lapped instead of finishing so I had to turn around and ride up a steep hill to get back up to the finish which was unfortunate but that is what happens when you are too late to figure out where the heck you are going.

So Thursday I was blown. Done. Finished. You do not recover at altitude that well. I did an easy swim and an easy ride, an ice bath, I surfed the couch… I did a whole day of try to recover. I also got a massage from Adam Plummer here in Vail… good idea! Thursday was a mess. 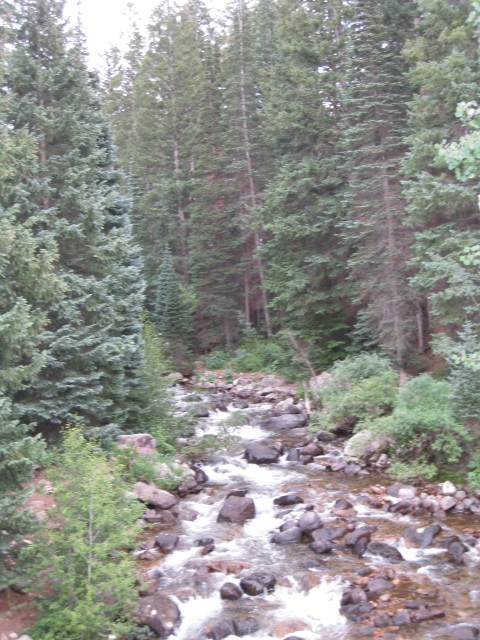 Friday I felt poo as well. I did a bit of easy morning yoga and spent the rest of the morning making banana bread. Me and Erik Edgerton (Karl’s bro from New Mexico) rode the top half of the course together and even after shuttling most of the way up I was SO tired. 90 minutes of riding and I was finished. I came home and ate everything in sight before going to bed at 9pm.

I actually woke up at 6am with little trouble so I thought the Beaver Creek race was going to be okay. I got my second transition set up, rode down to Nottingham Lake for the start and even had time to do a little swimming. Unfortunately after the gun went off I managed to get SWARMED by people and missed any opportunity to jump on really fast feet. Someone kept grabbing my right arm which was driving me insane. At the end of 400m I was solidly gapped from who I wanted to be with and swam on feet the same speed or slower than me to the end.

Out on the bike I actually had a decent turnover but the steep pitches were catching up with me. I knew I needed to ride one gear harder but just couldn’t. I tried my best but got caught by Shonny at the top of the climb. I managed to get on her wheel for awhile but when we were on the flat woodchip section I was blowing up and she rode away. I got passed by a lot of people there. These flat sections at altitude are KILLING me! I managed to get some time back on the descent only to lose it again in transition when my shoe got jammed.

I was so frustrated by my shoe and my transition I could hardly see straight. I went out on the run hoping and wishing for decent legs but alas, had nothing. I was empty. I stand by the overall training plan looking forward but it wasn’t that good when it came to racing on Saturday. So I basically kept doing a shoulder check to ensure no one would catch me but jogged it in to try to conserve as much as I could for next week. Don’t get me wrong, I wasn’t going to catch Shonny but I also knew I could probably hold off whoever was behind me if I really had to. Or at least I hoped so!

So thanks so much to Kevin Deighan for being a wonderful host this week and thank you to Mike Kloser and Peter Dann for the welcome invitation to race… I really have enjoyed my stay. Thanks to Karl and Josiah for helping me get organized here in Vail again. Thanks to Maxxis for sending me some awesome Crossmark UST’s in time! Thanks to Paul and Becky for delivering them. Thanks to Saucony for the new run shoes (my run DOESN’T need work… my body needs rest!) and thank you to BMC, Fox, Shimano, Sundog Eyewear, Titec, Lazer, CycleOps, Fizik, Pactimo, GU, TYR and Nature’s Path for keeping me well equipped and fed.

I am now back in Utah to get the last preparations for Ogden completed. The race will be down over 1,000 feet (actually down about 4,000 feet to the bottom) so I am really looking forward to seeing if this has all been worth it. Thanks for reading! 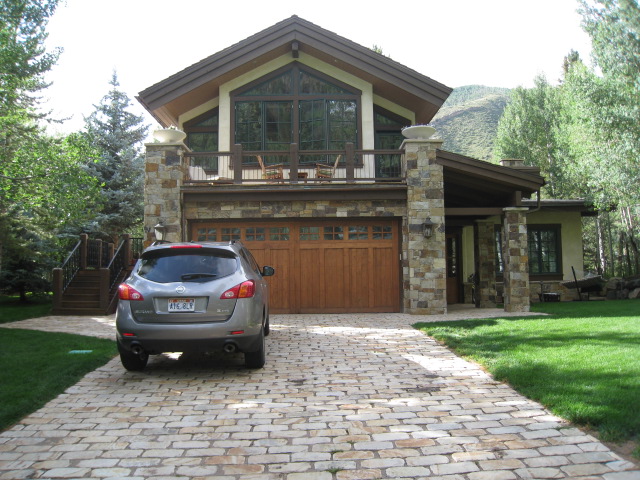 Home in Vail… thanks Kevin!!