After Wildflower, the entire long course Specialized Tri team converged on Specialized HQ for product knowledge training and meetings with designers and engineers responsible for product development.  With a cast that included Rasmus Henning, Macca, Phil the Shiv Graves, Des Ficker, Ben Hoffman, Caveman, Jordan Rapp, Bobby Big Man Behan, Kristin Peterson and Jimmy Archer it was a pretty good show to say the least.  I hadn’t met a few of the crew before so it was nice to put a face to the name and get to know more people on the earth that are really good at what they do. 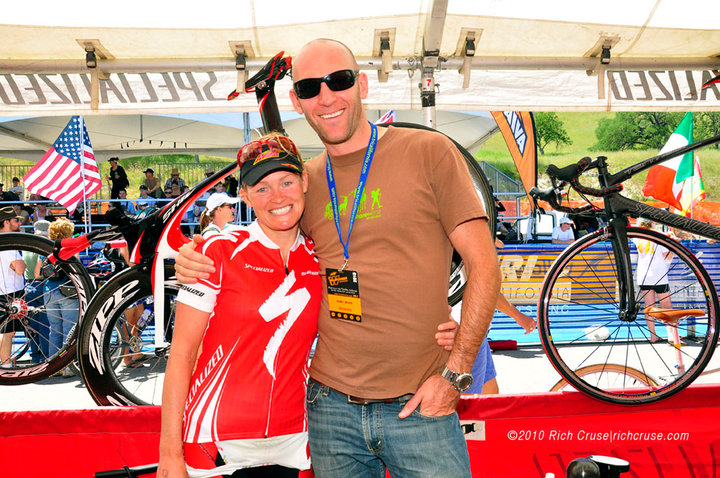 Me and Bobby at Wildflower (thanks Rich Cruse!)

Given the team pretty much kicked ass all over the place this weekend (Desiree 2nd, Phil 4th, Rasmus 5th, me 5th, Conrad 10th with a monster bike split at Wildflower and Ben 2nd IM St George and Macca 4th Alcatraz) we had an all podium squad to present to the folks at Specialized and explain why Specialized is branching out into triathlon in a meaningful way.  We were given the overview of what is coming and all I can say is start saving your money.  You are going to want what is coming because the Shiv is only the start.  XTERRA people too 😉 there is candy in the works for your sweet tooth.  I would tell you but then I would have to kill you.

We talked with many product designers and engineers but really only Jordan was talking their language in numbers and angles and widgets and such.  Macca summed it up for me: “Just give me what is the fastest, mate.  The fastest!  I want that!!”  Amen, my friend.  However, I do find that some of the women’s products could be even better and I think Desiree and I were able to provide some of that feedback so ladies… we have your back!  Having time to hang out and socialize with the Specialized crew and put Jeff, Myron, Joe, Ryan, Geoff, Ashley, Garth, Clint and all the other designer/product people’s faces to names (too many I already forget!) was awesome.  It was amazing to meet all of you and nice work by the way.  The amount of testing Specialized does on their products while innovating is pretty cool. 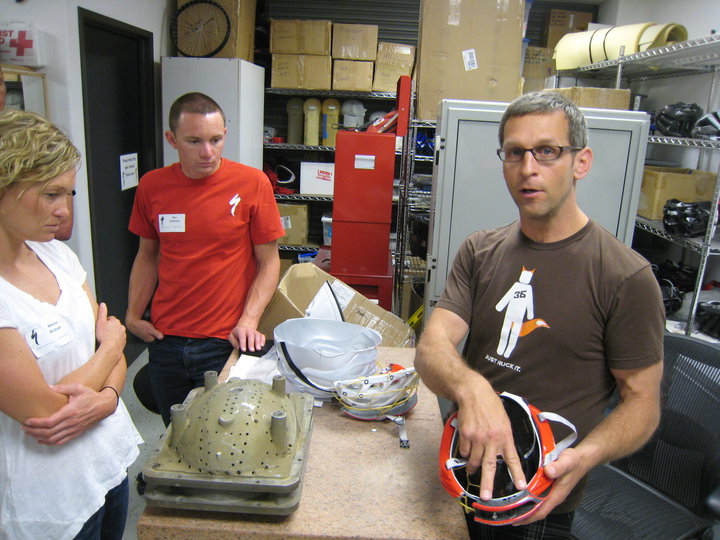 Clint:  “This is where you put your head.”  Mel and Ben concentrating so as to not miss a single hint on usage… 🙂

The personalities on this team are very animated and it was a good time, all the time.  Between Conrad winning the lunch ride World Champs on Monday to Macca false starting the 50 yard freestyle World Champs on Tuesday morning at the pool it was clowning all the time.  Rasmus and Kristin put on a swim clinic for the rest of us while Bobby proved that you have to stay faster than the team manager or you are FIRED!! Hah, just joking.  On two counts: one, he’s fast! and two, well, yeah, you have to stay faster though. 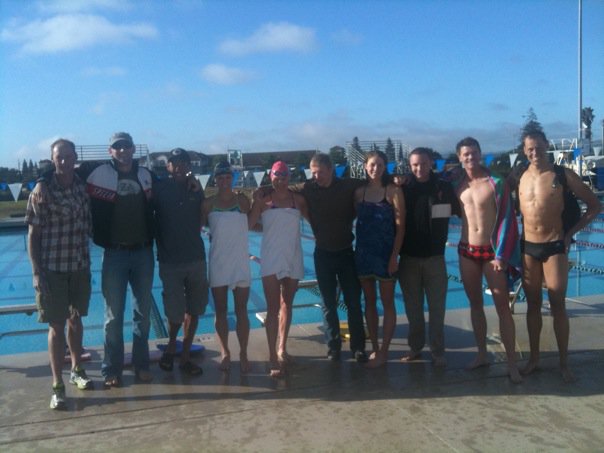 I am really stoked to be part of this group.  If you add Simon Whitfield, Javier Gomez, Lisa Norden and Barbara Rivieros to the mix, which comprise the short course team, this triathlon team contains the best of the best in this sport.  Our team has more World Champions, Olympic Champions, World Cup winners and ass kicking ability than any other team in any other sport.  I think Mike Sinyard is going to be blown away when this team paints a big red “S” across disciplines in triathlon from the top of many podiums this season.  Looking forward to my contribution to the effort!