The unveiling of my new weapon. Weight cost: 1lb over my 2007 hardtail. 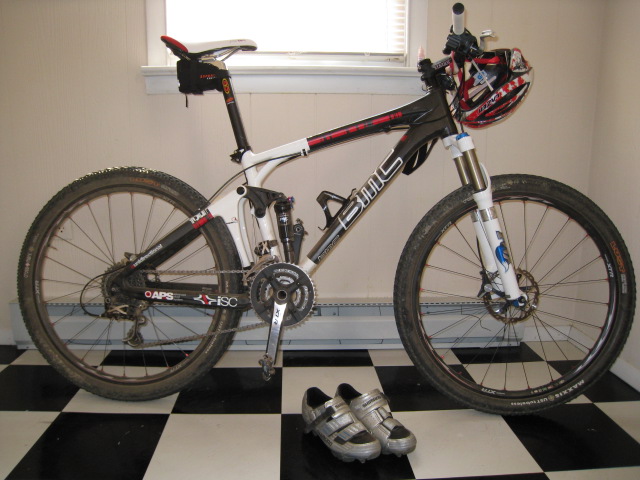 I am in Richmond, VA now just getting ready for our Championships event on Sunday. For the record, I take being THE fastest cyclist in XTERRA very seriously. All due respect to all of the competitors in the race, I don’t believe there is anyone toeing that start line that I cannot remain in the same zip code on the bike in particular, but even the swim or the run. If there was any doubt that last weekend was an off-day, from the start of the swim to the end of the run, I invite anyone to compare my splits in 2008 to the same race in 2007, on an identical course, in HOTTER temperatures, resulting in a complete blackout in the finish. And still a much closer second place. All I can say is that number one, humidity is not my best friend and number two, I have never wanted to erase a terrible nightmare with a good performance in my life.

So say hello to my little friend… the Fourstroke 01.