It is the last stretch to the XTERRA World Championship in Maui on October 23rd.  This year we are racing in Kapalua.  I think it is great that we are going to try a new course!

Last week, I flew home from North Carolina to recover from the Pisgah Stage Race  and get myself mentally and physically prepared for one last race this season.  Only, it is the one last and MOST IMPORTANT race of the season.  Still, my goal this year has been to treat each race experience with the same calm, rational and relaxed approach to avoid any excess pressure that can come along with overemphasizing any event.  I think it is better to be relaxed and let your body do what you have prepared it to do.  Your head only gets in the way of that happening.

I actually had the watermelon unveiling on Saturday night.  The largest melons were these gorgeous yellow flesh variety that sadly blew their tops.  I guess a bit too much watering had them exploding out of their rinds so those ones were not edible.  I also did not have a camera to show the insides.  Lame.

However, they smelled watermelony.  The smaller ones were all cut open and the verdict was:  tastes like watermelon as well!  They were the size of a really large apple and sweet, red watermelon flesh was inside each one so finally, I WIN!!!  Yes!  : 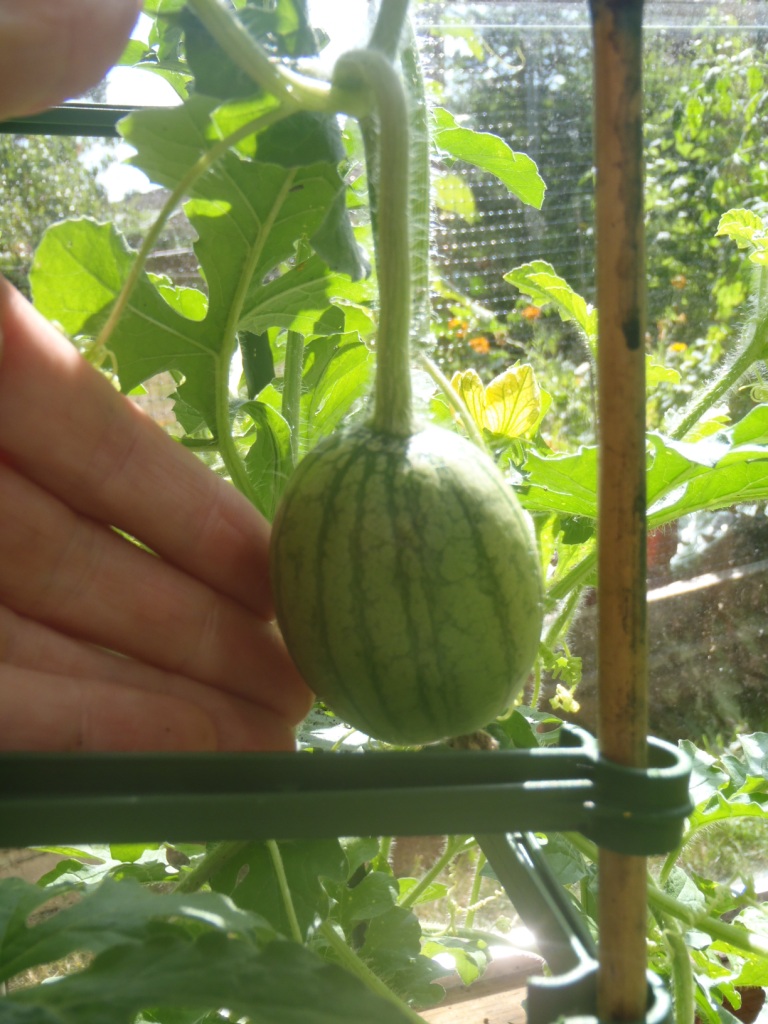 This watermelon grew to about the size of a large softball.  You could eat it.

Paul brought one of the nicer wines I have tasted recently. I had opened a bottle of Gaja (ready to concede because I wasn’t sure whether I had won or not) and then after we drank the Ridge and it was crazy how much better that bottle was.  Wow. Fantastic and thanks buddy!

Drink this.  It is fantastic. It will make you run fast.

So because I knew we were having nice wine I made thin crust pizza, Regan came over and the three of us had a fun night that ended around midnight.  Of course, the 8km was the next morning at the ungodly hour of 7:15am.  Ouch.

Needless to say I was late to the start and as they were counting the last two minutes to start I was taking off my warm clothes that were my substitute for a warmup.  When the gun went off I trotted off with the thousands of other early birds to enjoy a sunny, warm October morning.  The Goodlife Fitness Victoria Marathon is a fun event that features an 8km, half Marathon and full Marathon that absolutely ignites the city.  Very cool event to take part of.

The race was won by an Olympian named Hailey Stellingwerff  in 27:58 (it is a milldly hilly 8km along the water) and Kyle Jones won the mens.  Gillian Gook was second, Melissa Ross was third, and I ran in for fourth in 29:26 which is a decent effort for me for sure and a shock given my complete lack of any preparation in the morning. I am attributing the good run legs entirely to that wine that Paul brought.

I then rushed home to hit the 9am mountain bike ride with the boys which was absolutely hilarious and so much fun given the trails are in PRIMO condition.

My legs are also primo.  Lets hope it stays that way until Worlds.  Coming soon…..