We have been in Vail now for about five days.  It is funny, while we were in Park City Ross and I were commenting to each other about how we didn’t feel that bad.  I was wondering aloud if I were not really feeling the altitude and instead would acclimate without any pain at all.  Hmmm… that changed when we drove up to 8,150 feet.  Ouch.  Suddenly, the reasonable swim times (in yards) I was posting in Park City were gone.  Now I am gasping swimming meters at 8,400 feet and I have resorted to using the snorkel more often so I can hyperventilate a little more and try to get my arms turning over.  It isn’t much better when I run or bike.  Here’s hoping this gets better soon.

I am going to post on the epic ride trip next but first:  an ode to summer.

Before we left I went into a flurry of gardening.  First, I wanted to put some winter veggies in so that I would have loads of beet greens and carrots to cook into yummy soups when I got home.  Also, I wanted to harvest what I could before it all died from frost or lack of Ross watering. 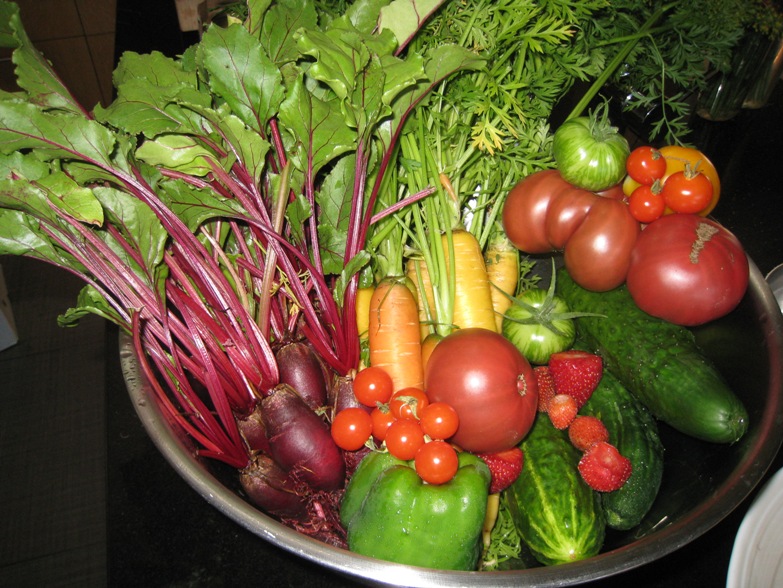 One of my key crops this year was cucumbers.  In particular, pickling cucumbers.  Unfortunately, I think you would need an acre of pickling cucumbers to really get enough at a time to justify the mayhem of making them since they will produce a lot per plant, but not all at once.  I did make a huge amount of pickles, just using some local farmers crops in addition to my own. 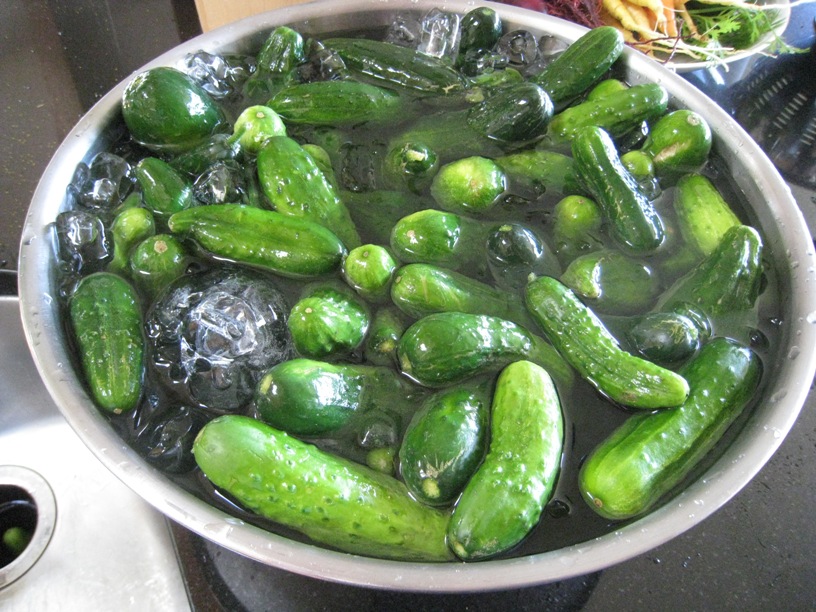 Icing the cucumbers will prevent them from getting mushy in the processing! 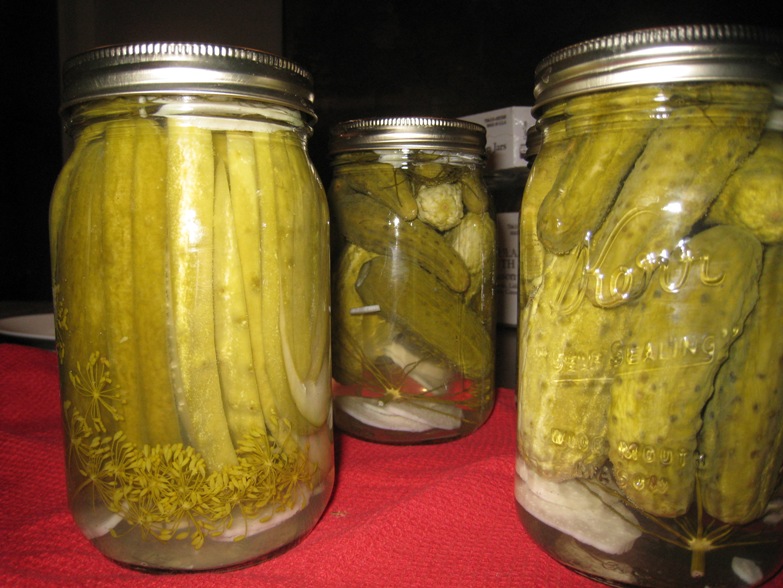 I used fresh dill and elephant garlic to spice the pickles.

I also made raspberry, blackberry, blackberry-lemon and strawberry jam.  All from local berries and there were probably 12 of my own strawberries in one of the jars (haha!).  I think the raspberry turned out the best since I boiled it the longest.  I made it the old fashioned way:  fruit plus sugar.  No pectin or that crap.  It is more difficult it seems but I just need practice.  This is my first crack at true homesteading.  😉  Read on for more… 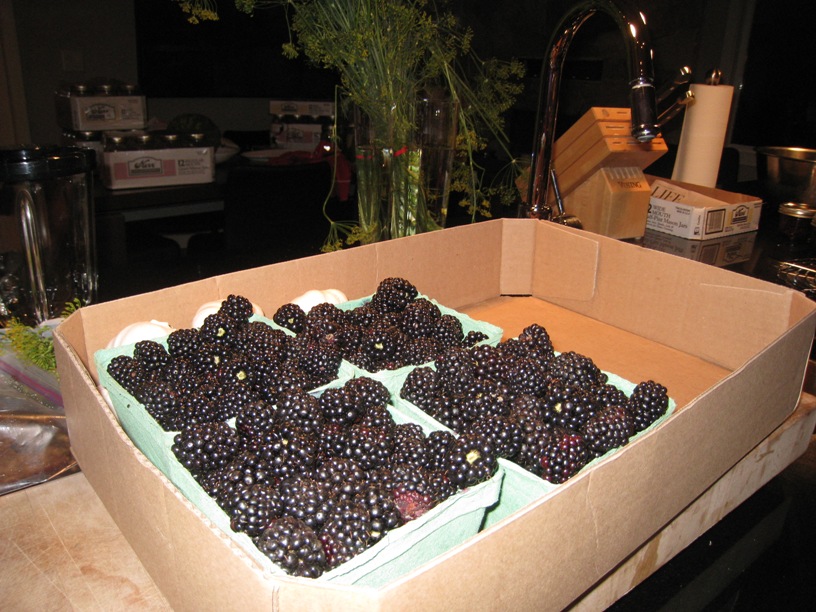 Picking blackberries, although very accessible in Victoria this time of year, sort of sucks.  The Mitchell Farm is just down the road and much more convenient 😉 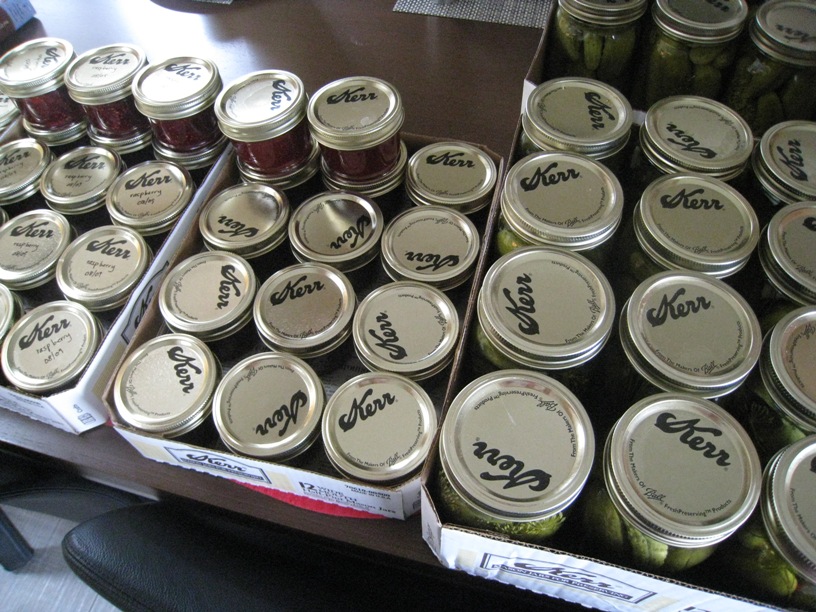 Pickles and peaches and jams, oh my! 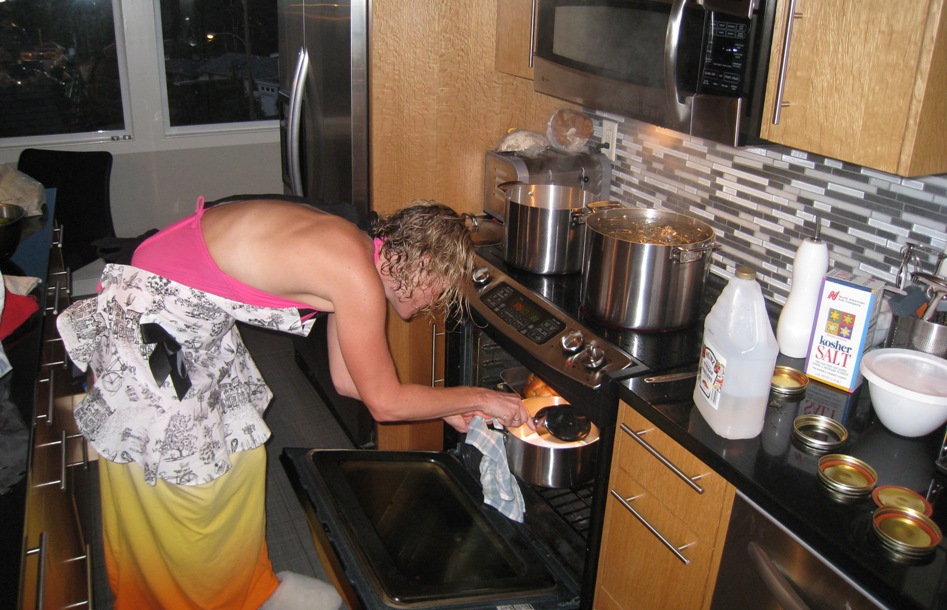 Hmmm, its a look.  A maxi dress, with an apron over it, with my fluffy slippers.  I am heating sugar for the jam in the oven.  It will dissolve better…

Then I went to town on peaches.  What a pain in the butt!  Getting all the air bubbles out of those jars drove me insane.  But I will have wonderful, sweet, summery peaches in the dead of dreary winter so it was all worth it. 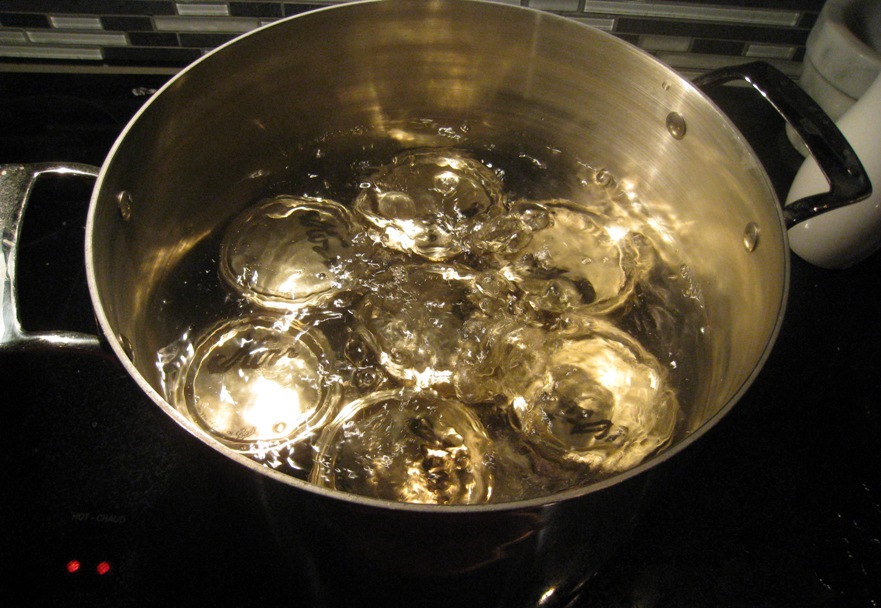 The last part of the plan was my heirloom tomatoes.  I got a crazy amount of them this year and was hoping to can them as well for winter sauces.  Unfortunately, I left before the bulk of my crop was ready.  So I am hoping that Ross will make his amazing sauce from the tomatoes when he gets home tomorrow and freezes or cans it so we can have yummy sauce for this winter.

So after all the homesteading was complete, we jumped in the car and headed for the mountains.  That is the next installment:  Pre-Ogden preparation.  Thanks for reading! 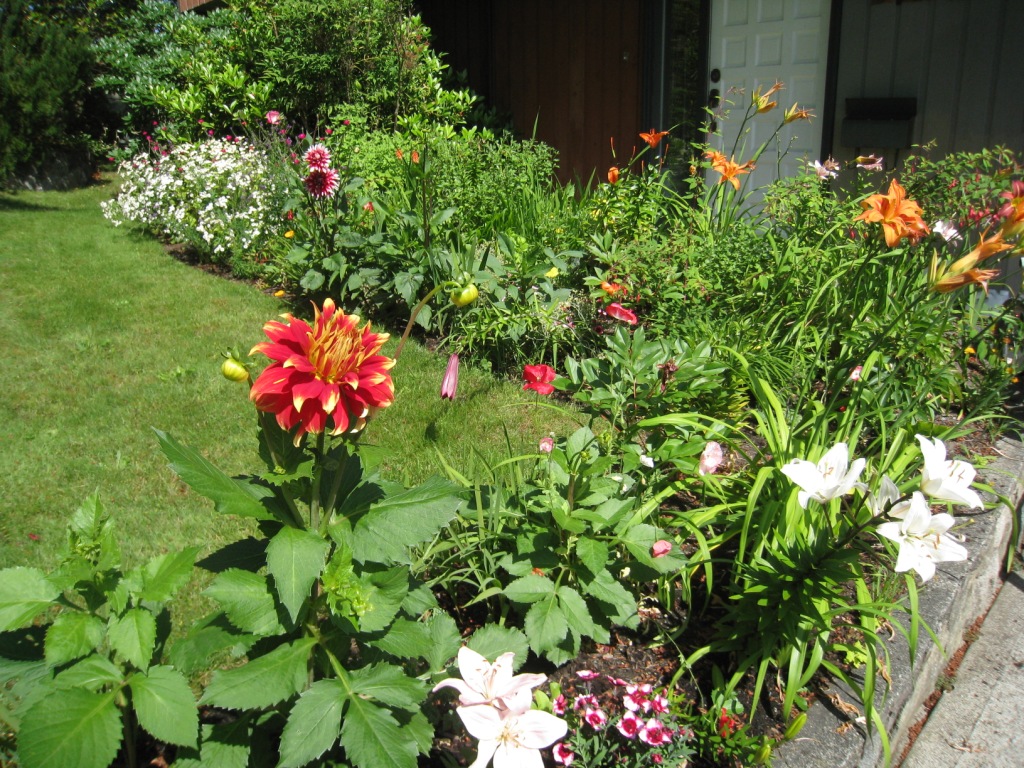 Oh yeah, my obsession with gardening is not limited to edibles!