Well the start of the race weekend was looking promising. I knew the week coming to Sea Otter that the little switch that goes off when you transition from sluggish winter training to some “snap” for racing had actually… well, switched so I knew I was going to do some racing. As opposed to just some hard riding trying not to be dropped which I had done in the weeks before. I focused on one day at a time with a different strategy for each race with some true highlights and some absolute lowlights…. 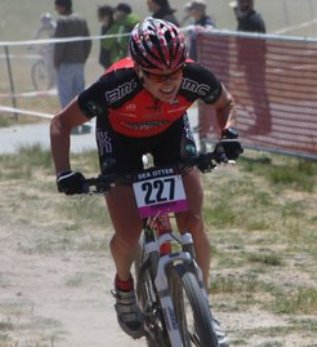 First was the short track. The short track was the identical course to every time we do this race. It is a sweeping right hand turn, a flat undulation into some bumps, a hard 180 degree turn to a slight rise, an S-turn into a straight stretch to the finish. This year the weather was brilliantly sunny and freezing cold so the course was completely dry. The variable this year was WIND. Crazy wind. Super crazy headwind, in fact. So that was probably the largest factor in the race.

The strategy for the short track was simple. I thought if I went crazy right from the start and got the hole shot that people behind would make mistakes, gaps would form and a small group would get away for the podium. At which point, strategy would be important closer to the end. Unfortunately, that crazy headwind and lack of real difficult corners meant that there were few mistakes made and a lot of people could hang on when drafting because it was so hard at the front.

I went hard for three laps at the front and the group whittled to about seven. Then Lea Davidson did a great pull at the front keeping the group stretched. Scott said riders started getting pulled on lap three! We were going hard. I chose to ride first or second the whole race because I was panicked that someone would create a gap. I was racing to win and felt a gap would be the worst thing to happen to me so I stayed close doing tons of work at the front with Lea. Later in the race Kelli Emmett came from the back and pulled a lap as well that helped us keep anyone else from coming up.

With about five laps to go Lea Davidson did an amazing, crazy strong attack on me and gapped us all. Luckily Kelli came around me to close that gap and we were a group of three again. With five laps to go the three of us were waiting for something to happen and some girls rejoined the group so I attacked, thinking if I was really strong and could hold them off into the wind then I could win. One lap was okay but on the very last lap into the strongest headwind Lea beautifully counter attacked to take the winning move. I fought to not let Kelli come around as well but she got by me. I recovered a bit and on the last climb into the S-turn I could tell Kelli was maxed out and slowing down so I got as close as possible through the turn without notifying my presence and pulled a sweet sprint immediately after the turn with a full on bike throw on the finish line to take back second place. Fun times! 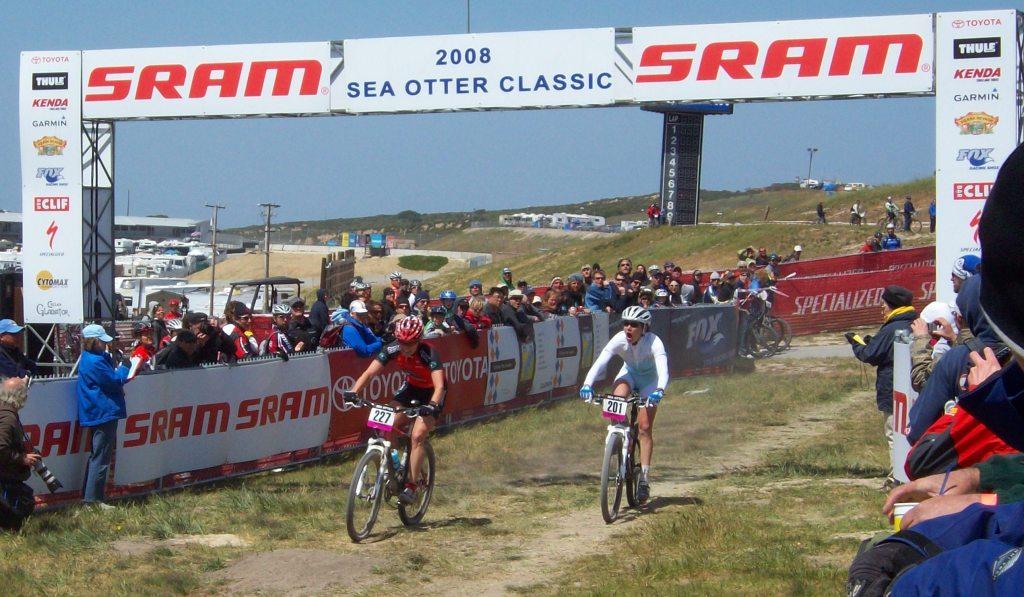 You can actually read another version of the race and look at more photos HERE (as written on cyclingnews).

It is funny, Ross and I have these intermediate sprint lines randomly sprinkled on the route back home from our mountain bike trails. There are no actual lines.. we just know where the approximate finish is. Even our training buddies know them now so sometimes we will have up to five people gunning it for an imaginary finish. So for the past six months or so I have done two sprints on the way home from rides that I felt probably had no actual purpose for my training other than for fun and gauging how my legs were based on whether or not I could beat Ross, who is insanely good at sprinting. So, as soon as Ross read the report he texted me reminding me of our sprints. I pulled “THE ROSS” at the finish line – which is our term for a sweet finishing sprint.

But back to the race…second place in the short track! I will take it! Third was Kelli, fourth was Emily Batty and fifth was my new XTERRA competitor, Shonny Vanlandingham from LUNA.

So our next challenge was the cross country. Two 19 mile laps meant a very long and somewhat tactical race. My plan was to stay in the top five for the first lap and see what was left on the second since the wind was very strong and I didn’t want to over do it early in the race.

Right from the start something was funky with my bike. I had a heck of a time sprinting into the first piece of single track which is weird. I had a super bad start. Then our group was gapped down the first descent to I changed the strategy to ride hard with whoever I am with. I don’t have much to say about why I was having issues but needless to say, I had moved into product tester mode because the something I was riding was prototype. This is why stuff that is sold on the market is generally good stuff… we go out and make sure it is durable!

I rode out the first lap probably in about 15th or so and when I was cresting the final climb to complete the lap I saw Greg, our dealer from Anchorage. I asked him to get something from the expo and meet me at the tech zone so I could swap it out and continue and sure enough he took off on his super fat tire crazy bike he has (completely killing me going up the hill I might add) to get there before me. What a super guy!

Unfortunately, and weirdly, Sea Otter does not allow a tech zone because it is not a UCI race. WTF?? So he decided not to bring anything because I would have been DQ’d. Which I actually would have preferred.. to finish the race rather than DNF but how was he to know. Unfortunately, in the heat of the moment I was not sure if I could finish so…DNF. As the triathletes say, I rode for Team Awesome on Sunday (Team Awesome being very sarcastic in tone).

Speaking of Cannondale, I had a chance to give Jamie Whitmore a hug there. She is so tiny right now I just wanted to wrap her in a blanket because it was so cold. She is still as firey as ever and is already talking about her assault on the ranks of the mountain bike field. With her attitude I would never count her out as a full comeback to pro racing. It looks like mountain biking will be her focus for awhile because she needs to fix some nerve damage in her leg but I tell you… no piece of her attitude has been lost. Nice. Courtenay was wearing a shirt that said “Cancer Sucks”. Word.

So although I have very bad luck at Sea Otter in the XC race I am thankful I have good form and even though an opportunity was lost, there are plenty in the future. I knew there is some good stuff in the legs that day though. I rode home after handing in my timing chip and went to the Monterey Sports Center to take my frustration out on an unsuspecting treadmill. I ran Simon’s patented leg speed workout which involved a large chunk of time at 12 miles per hour and 2 % grade. It is not as hard as it sounds but it works like magic. You know those workouts when people in the gym are noticing your run and coming over to check the stats? Yep, one of those… I am starting to do interval runs where even jogging at 7:30 minute miles in between work intervals has me running sub-40 minute 10 kms. Like, better than I used to run all out? Crazy.

So that evening was all packing up to go and heading to Sakura for sushi. That restaurant is obviously not a secret anymore since our crew of six was there and so was about 30 people from the Trek team. We ordered so much sushi that the owner sent over a MAGNUM of sake to our table. Not that we needed it at all! It was turning into a gong show with karaoke on the menu as well so we ended up moving venues. Not that Ross Schnell can’t sing, we just didn’t want to listen to him…

And now I am home! Four weeks to the first day of battle on the 2008 XTERRA US Championships Tour. Bring it on!! 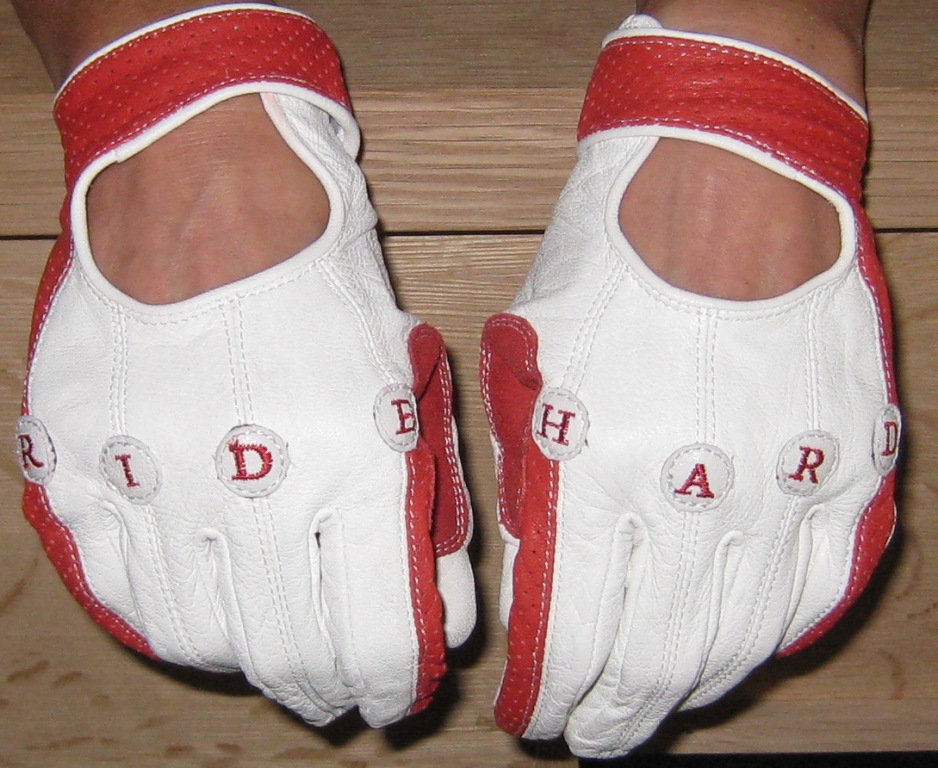 Thanks to BMC for a great weekend in California. Thanks for the sweet new rig! You can have one of these 2009 Team Elite 01s early… like July or August! Just in time for Tahoe…perfect. 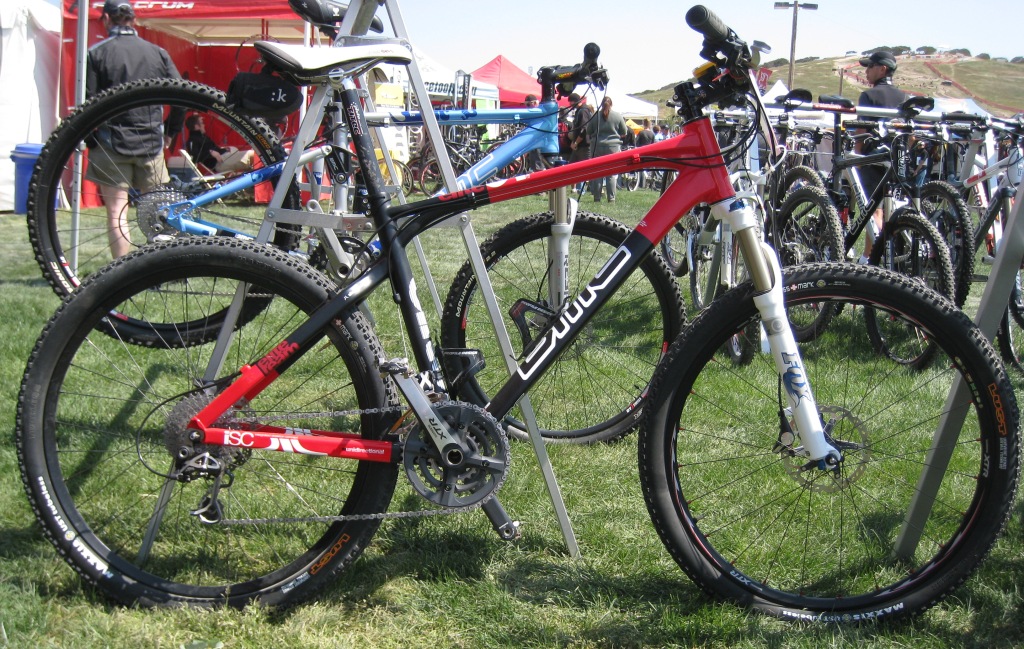