So picking up where we left off in our recap of the MelRoss epic altitude trip… I woke up in Vail after a 24 hour long ride/easy pace week and enjoyed an easy swim, a trip to yoga and some bumming around Vail Village on cruiser bikes.  It is amazing how going up another 2000 feet to 8300 feet at Kevin’s place can really up the ante on the nervous system.  Ross and I were both easily knocking back 10 hour sleeps back to back in Vail.  Pretty nice, actually! 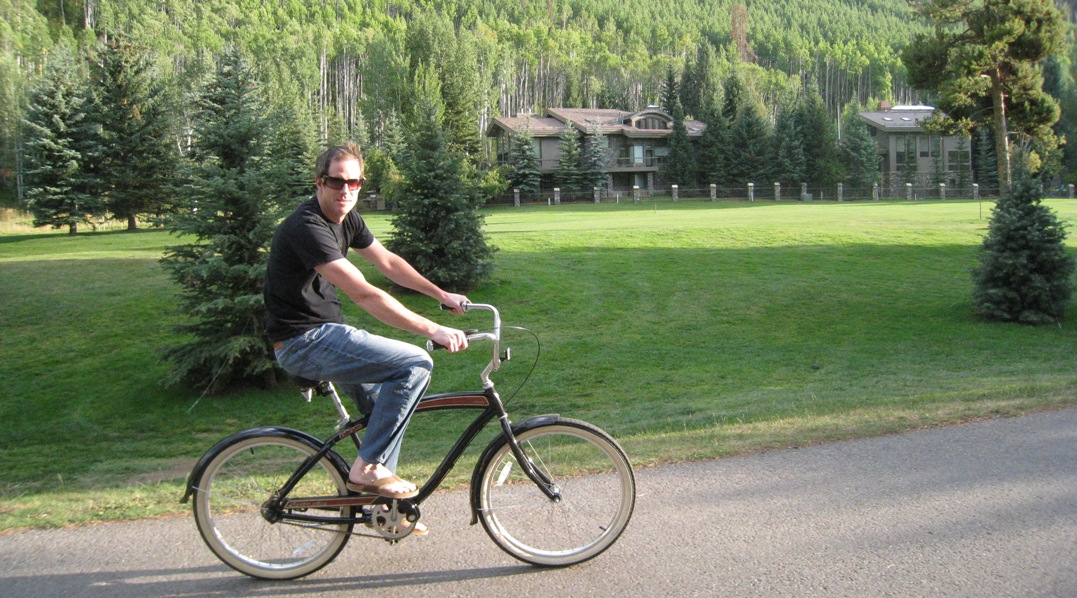 So the next day I thought I would give it a go on the intervals front.  Ross and I joined Kevin, Peter and Karl on a big set of 2 minute intervals.  Of course we had to ride up to above 9000 feet to start them which felt wonderful.  As Ross’s coach I cut him down one interval per set which allowed him to get photographic evidence of the carnage at the end of the set.   Ouch.  I am sure altitude is more a nervous system zapper because my legs were fine but my whole body was finished.  It sucks going hard up high.  Which is why Ross and I chose to ride up a bit higher to catch Fred’s Lunch down the mountain.. if you go up that high you deserve a single track reward before swim training! 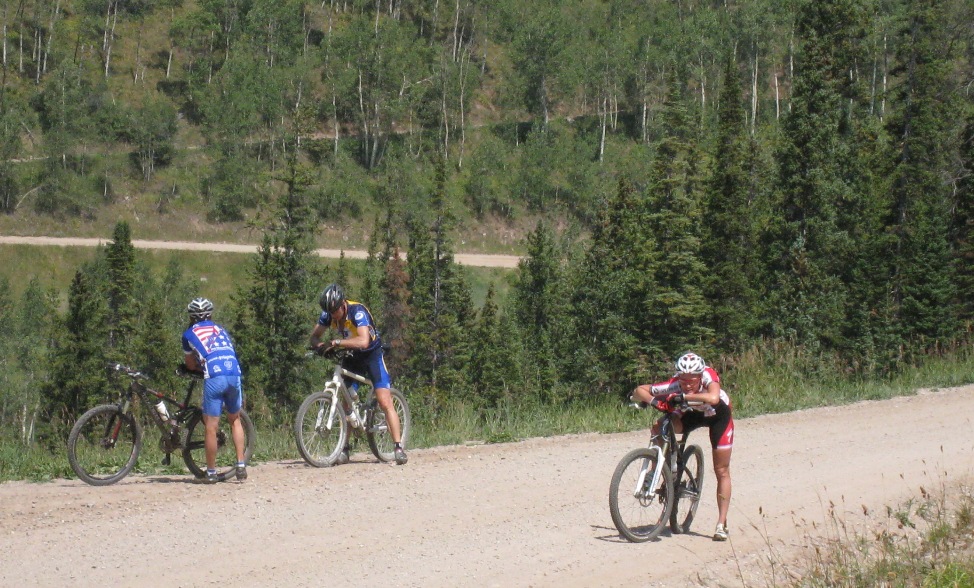 Blown!  What the heck is Kevin looking at in the distance? 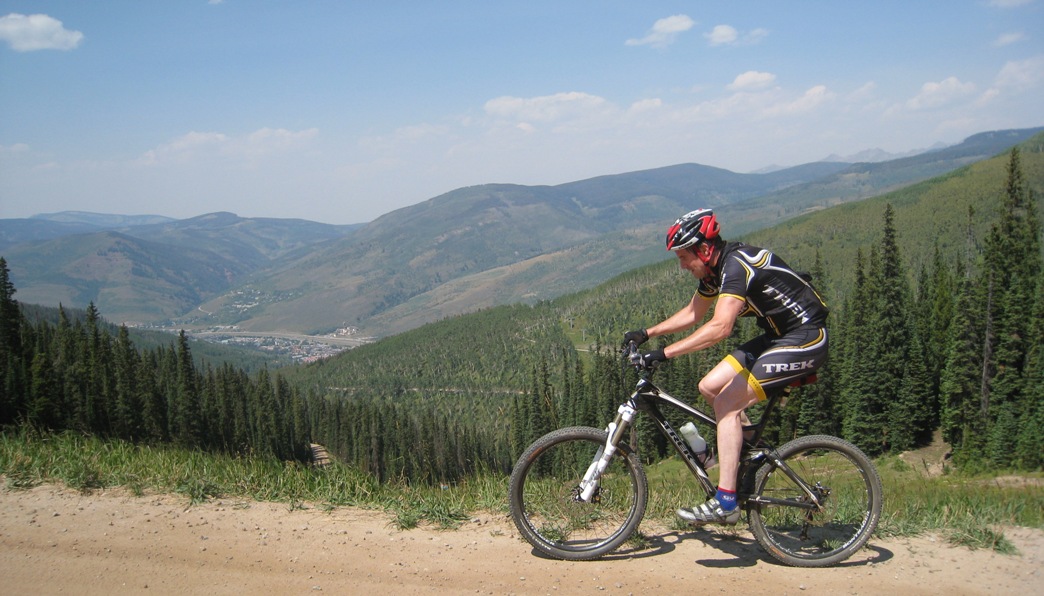 The next day Ross and I did our last epic ride of the trip.  We rode up Vail Pass to Shrine Creek Road to Lime Creek Road to the Bowman’s Shortcut Trail.  Ross was not happy with 2×9 that day.  Having a 29-34 gear ratio was not nearly easy enough to make the vertical ascents on that trail.  Adding to that, we climbed well above 11,000 feet where you have no power at all, so granny gear was key! Anyhow, the view at the top was insane as was the vertical descent back down to Vail with an off camber goat path to ride down.. it was very fun.  All told it was about 4800 feet of climbing that day. 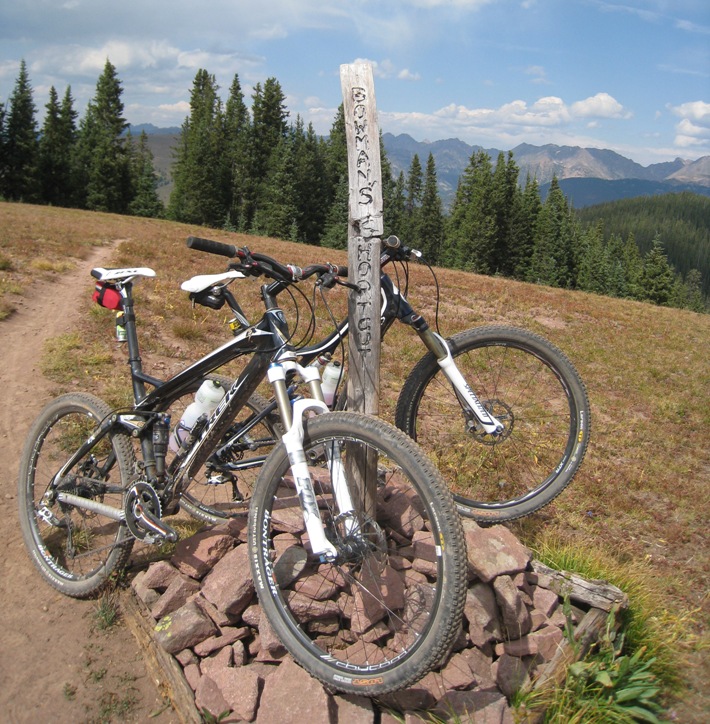 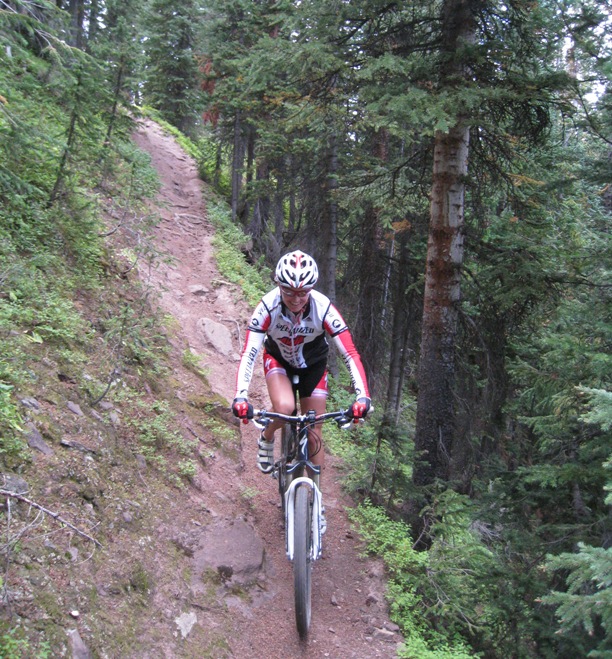 Skinny trail that scared me!!   Ross rode it… 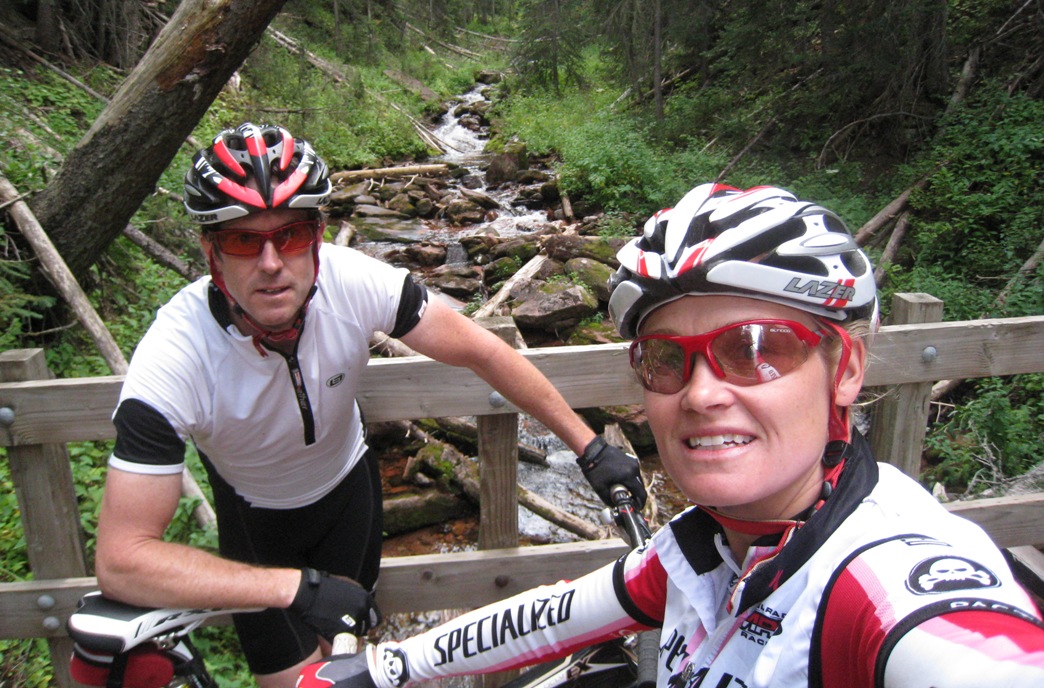 Safely down the trail!

I was sad for Ross to go home on Thursday

but I had work to do-as did he.   After he left, I went running with Karl where my easy 1h45 run ended up being a vertical ascent.  So I scheduled a trip to Boulder where there were flat sections and oxygen.  I was supposed to be running easy, which did not explain why I was at 180bpm, so I knew I had overdone it but figured I would be fine.  Friday I did an easy 3h flat ride after swimming and packed up to go to Boulder the next morning.

On Saturday I joined Paul, Becky, Brian and Doug for the Superwalker ride in Boulder.  It makes a difference riding at 5400 feet vs 8000!  I rode the climb into and out of Walker at race pace and just enjoyed the rest of the ride.  It was a LOT easier than I remember!  I then dragged Paul out for a run around Wonderland Lake which he did not enjoy at all but was a trooper. 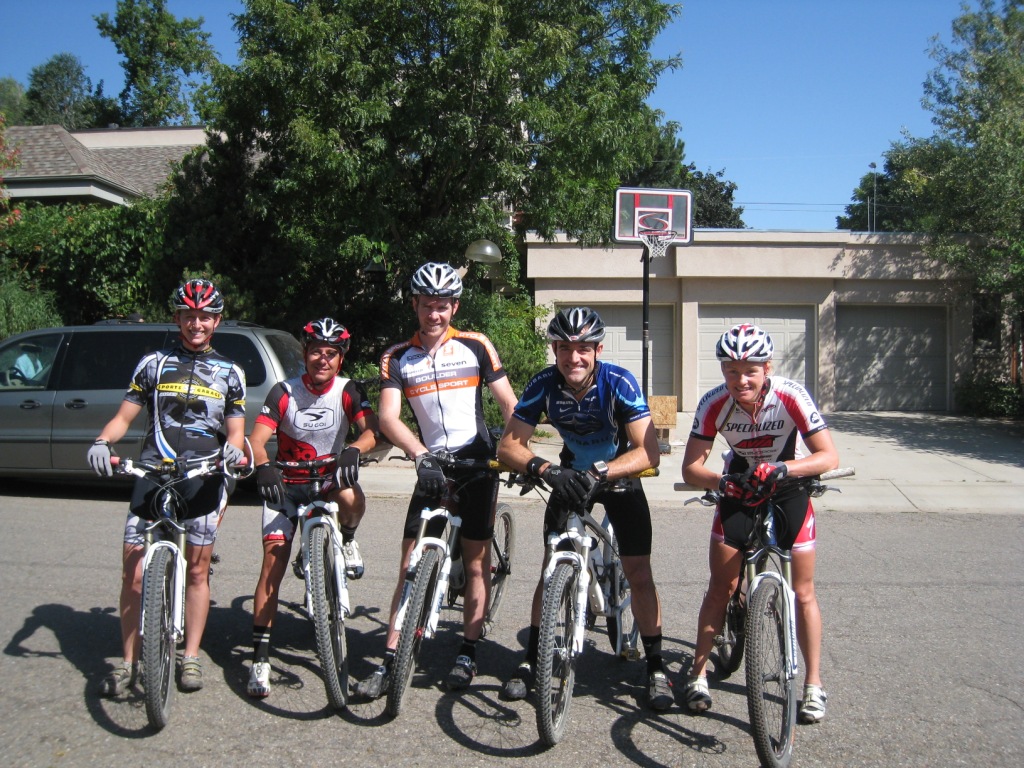 Sunday was long run day and Brian was my awesome run training partner.  We were alternating 10km pace and marathon pace.  What is hard about this workout is making sure the marathon pace isn’t too slow.  I found that at altitude marathon pace was easier to run correctly but I couldn’t turn over fast enough for the 10 km pace yet.  It was still a hard workout because my heartrate took so long to come down from the fast efforts doing the marathon efforts.  I had work to do on my legspeed.  It was only week two so I didn’t panic… and I did much better the third week (but that is the next story!)

After the run we went to a private lake for an open water swim.  It was heaven and an awesome way to end the week.  Thank you Walter!! 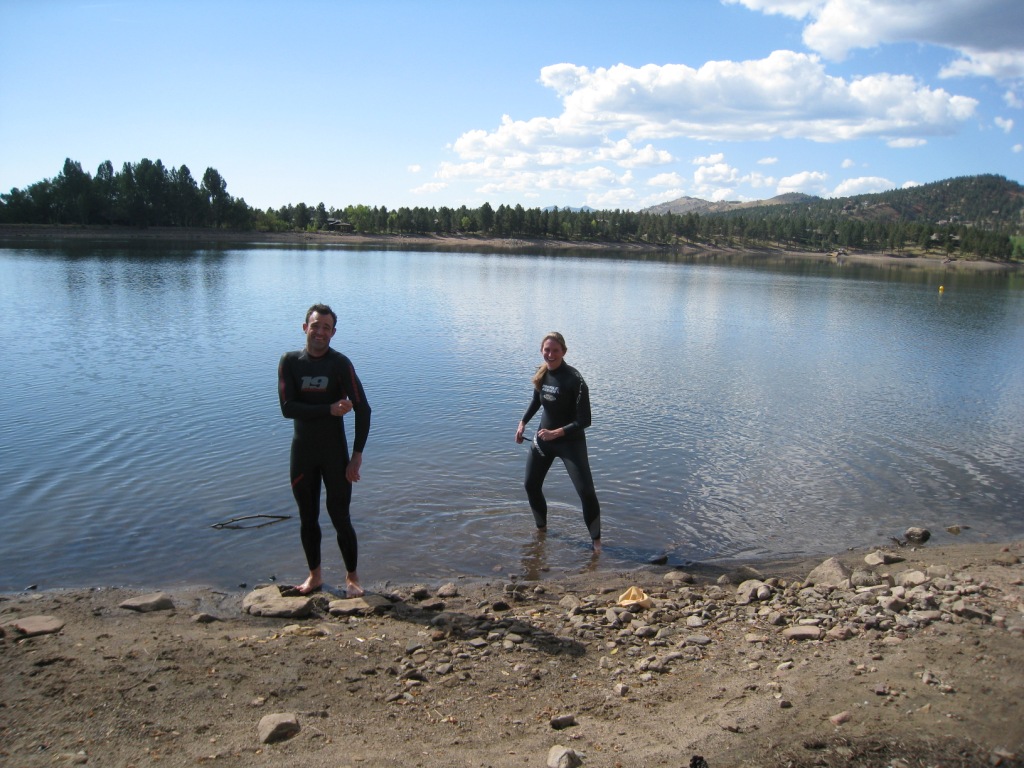 Becky and Brian at the water’s edge.. my swim buddies.

And so ended week two.. on to week three which is already in the bag so yes, I am behind.  Week three:  Boulder, to Vail, to Boulder again!