I flew directly from Minneapolis to Toronto, met up with Ross, had a tiny visit with my favorite old roommate Chris and his new wife Sacha, got to sleep for about a minute before waking up to speed to the airport for our flight to Bermuda. We basically BARELY made it since I decided an hour would be plenty of time when in reality, we were stupidly late for an international flight. No matter, we made it and arrived to beautiful sunny weather. 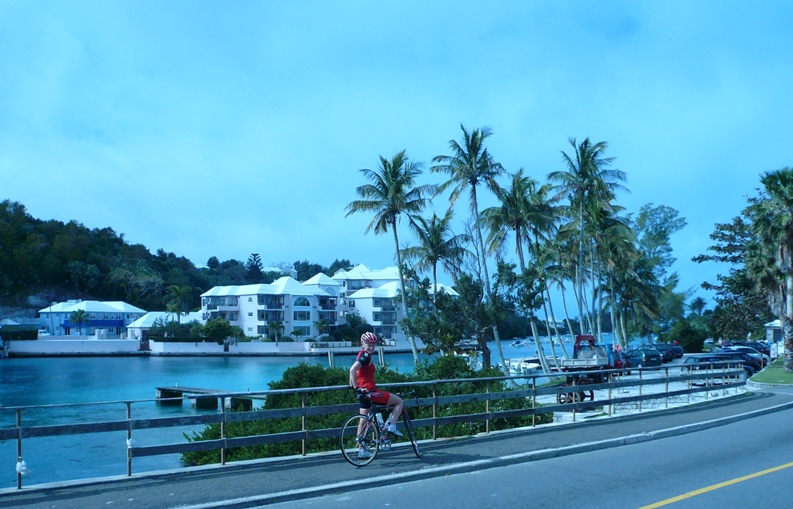 What am I doing here? Well, our friend Dave Morrison asked if I could come and join Chris McCormack for two weeks of triathlon mania here on the island. Chris spoke at the annual awards dinner and both of us donated some clothing to raise money for the tri kids programs. In addition, I did a training session with the TRex Trikids program, spoke to a group about nutrition, did a number of interviews with local press, and will host a clinic on how to ride a mountain bike the day before I race an offroad duathlon March 2. Phew! I also did 24.5 hours of training this first week and will probably be around that again for the second week even with smaller training days for racing on the weekend. I have been busy….

Bermuda is beautiful. The beaches have lovely pink sand and the water is an incredible color of blue. However, it is not necessarily HOT here in February. It is more like spring with some hefty humidity. While Ross was here it was shorts and jersey weather but we had some moments where a jacket was necessary and definitely jackets were needed at night time.

The highlights of the training while Ross has been here have been our road rides around the island. Given the island is only 26 miles long it takes about 4 hours to do the end, to end, to end kind of loop. We would ride to the Dockyards, then back along South Shore to St. Georges, by the St. Catherine Fort to the St. David’s lighthouse, to Clearwater Beach, then straight into the wind past the airport and along North Shore to Spanish Point, through Hamilton, along Harbour Road and back to South Road where we were staying. That is the loop, essentially, with some out an back the Dockyards way. Not much in the way of extended climbing here but very extended sessions straight into the wind. Our average speeds are atrocious! During his stay Ross did more hours of road riding than I have ever seen him do on a road bike since we have been dating. Insane, huh? Ross doesn’t like traffic, he likes trees. I think he had fun though and he always amazes me how he can get up out of his desk and jump on a bike (that he borrowed) and do most of my 16 hour riding week. He is a talented cyclist. 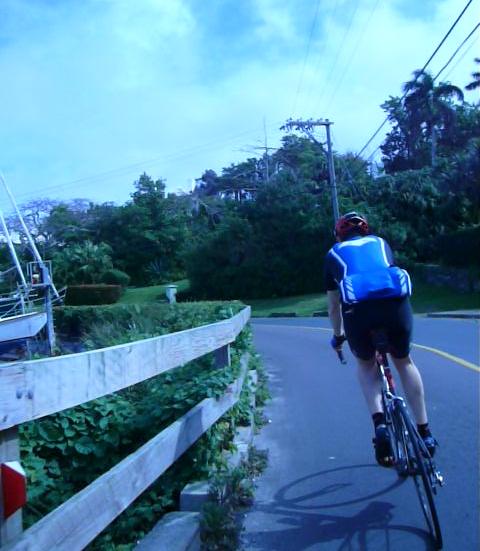 Oh yeah, and they drive on the left side of the road….

We also celebrated Valentine’s Day at the Harbourfront restaurant and although you don’t get the full effect from this photo… it was outstanding. Especially the beef carpaccio.. YUM! 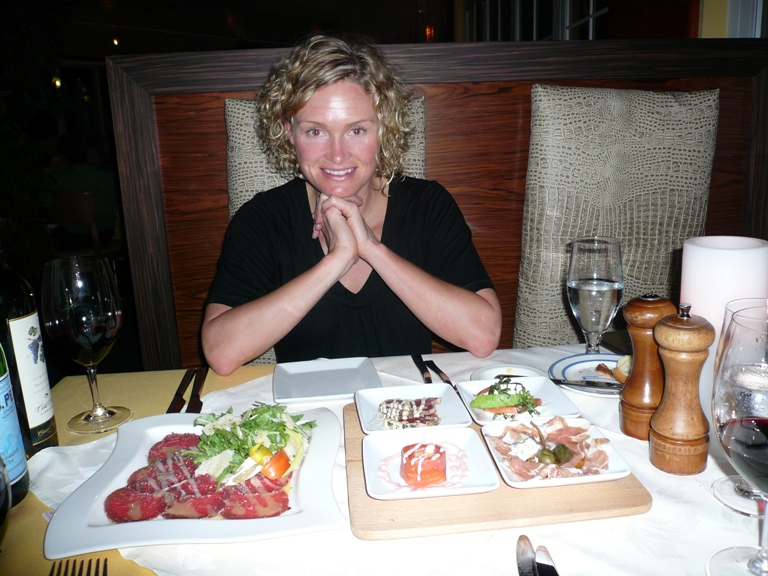 So all too quickly my training buddy had to go back to Canada and left me on my own to train the second week. When he left the skies opened up in a deluge and I was a completely miserable drowned rat by the time I pulled up to the house on the scooter. The rain so far this second week has been crappy. But more on that later….