The season is one day away from beginning… I will be racing the first of the US National Mountain Bike Series events tomorrow in Fontana, CA. This is my first time at this event which, now that I have pre rode the course, is crazy! This race course is VERY similar to our event in Temecula, which I was unaware of, so this is even better preparation than I thought. Very cool. Ross has joined me down here in Southern California for a week of fun times in Palm Springs and Arizona and he will also be my mechanic/feed zone person/personal cheerleader while he is here… 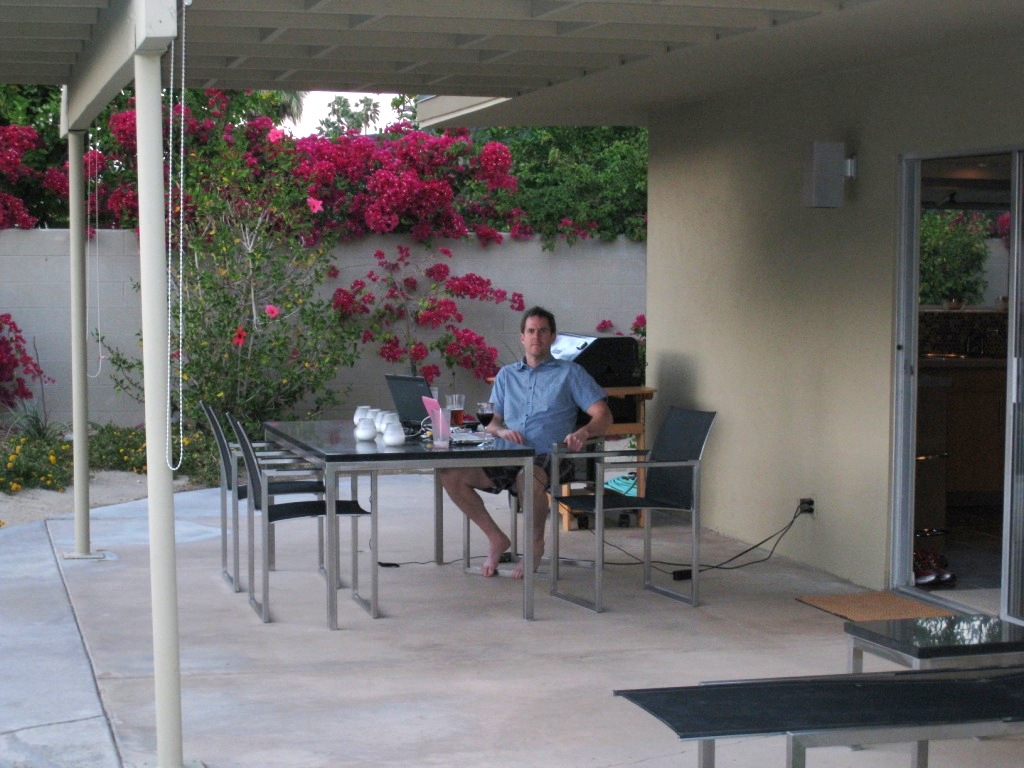 This winter I chose to work on my cycling a bit more than last year. I figure sometimes the best solutions are obvious. Last year’s season was less than stellar because I was not riding well. Not riding well meant I would then run very poorly. So basically, I decided to fix the problem by ensuring that this year I would ride well. The next four weeks I am racing two of the NMBS events and Sea Otter to finish this block of cycling and after that I will switch to an even more balanced triathlon program to start the XTERRA season.

I haven’t been training like a full on cyclist but I have been doing a lot of cycling. In addition to my cycling goals I also planned to bring my swim times down a notch further. I have come down from a 24 minute 1500m swim in 2000 to about 20:30 last season. The puzzle was figuring out what the most beneficial volume to resulting speed is. For me, the magic number is 20km. More hurts the rest of my training, less and I go too slow. This year I would like to swim 19:30. I have had a mixed bag of success this winter with my swimming which I think has a lot to do with my bike mileage, not my swimming, but only the kickoff to the triathlon season will answer those questions.

As for running, I chose to finish 2007 with a miniature focus on running. I did a couple of trail races and a bit more run volume than normal before turning my attention to my cycling for January through March. When I ride more I personally need to keep the intensity of my running down so I really have only worked on strength rather than speed. I have some racing planned to see what kind of “speed” I will have when the season starts but for now I just feel “strong”. I know that all the work I did last year on running did not go away.

At the end of the day, Mel is coached by Mel so I can only listen to me and adjust the plan as we go. I like the plan so far!

So if all goes according to plan, and the plan is good, this body of work will lead to a number of XTERRA titles to add to my collection. A little disappointment can go a long way… it has been a VERY motivated few months away from racing.

The kickoff is tomorrow. I will follow up with a race report with some photos from funky Fontana. Hopefully I brought some strong biking legs down with me and regardless, I have my eye on Speedy Shonny and her teammate Danelle Kabush. They are both joining us on the XTERRA tour this year so it will be good to check out their form. It is interesting how many XTERRA folks are at Cape Epic racing this season. Athletes Jenny Smith, Ingrid Rolles, Josiah Middaugh and Greg Krause are a few that I know of and I am sure there are others. Looks like we all agree that the bike is a good thing to work on before the season opener.

A report will follow hopefully with some photos from our trip. Happy training and welcome to the 2008 season!