The 70.3 Worlds didn’t go as well as I had planned.  I felt really great, thanks to Specialized and Shimano my Shiv was working awesome, the course was fantastic and the wether was perfect.  My luck was not good. In my mad dash to pass as many people as possible as early on the bike as possible I got tangled with one of the pro men and earned myself a drafting penalty for moving into a gap on the right to avoid riding on his wheel.  I guess I didn’t see that I wasn’t at the back of the girls I was with because I never looked back.  FOUR MINUTES is the end of your day at the Worlds.  I was not going to stop Melissa Rollinson from storming her way to the top of the podium in her most impressive race of the year.  I was also inspired by Karen Thurigs fantastic race to second and I was so happy for Linsey Corbin to get herself into the top 3 after a very difficult season for her.  All of those girls deserved every bit of satisfaction and recognition for great races.  Congrats!

As for me, it is difficult to have not nailed a single 70.3 race I attended this year.  Thank goodness I have XTERRA to still have had a great season. I did finish up the bike in Vegas on Sunday and when I went into the run I was determined to finish strong for the training but didn’t really have the same intensity a podium potential can draw out of you.  I passed my teammate Tenille (she had a hard day) and three other girls in the last lap of the run and discovered there were more right there in front of me.  If I could just minus the 4 minutes I sat on the side of the road in the penalty tent I was in the top 10 so I had potential to do something… but there are only the things you do and those you don’t.  The motor is good at least and the chassis is strong… good to go for the rest of the XTERRA season. 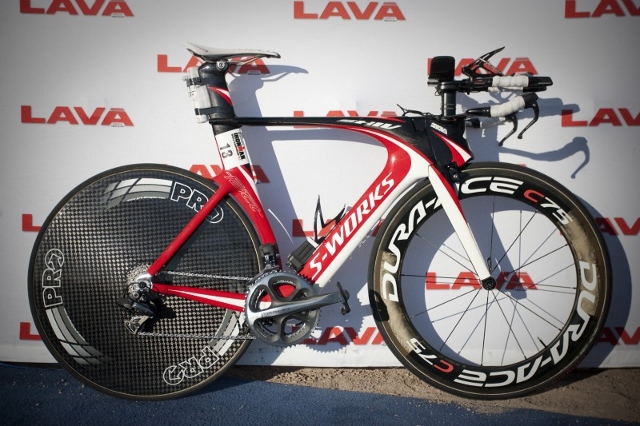 My bike is flippin sweet!  Photo by Jay Prasuhn from Lava

It is funny.. I was sitting in the tent with Lesley Paterson and I started thinking that we are like those expendable characters on a television show.  You know, the ones you like and have some connection with, but really they aren’t important to the overall plot so if they are gone you aren’t up in arms about it.  Same with this race.. both of us aren’t A lister WTC athletes (yet, hopefully!) so maybe I just need to prove more often that I can ride very well so that it is obvious I don’t need to draft which I was definitely NOT DOING since I was moving my way THROUGH the field not IN it.  Then maybe I can become a main character and be there at the climax of the story.  Maybe. It is important for the women to be able to have the cleanest race possible at the front and it is sometimes difficult when new pro men at the very back of the mens race are mixed in.  It isn’t fair to us.  We should have at least a 5 minute gap to be able to race on our own.  I also think that the pro men should not be working in with the pro women.  That is not classy.  It is the Worlds… let the girls race on our own.

There isn’t much to report from the race because it was just so darn disappointing but I can say that I really enjoyed being in the mix with athletes like Heather Wurtele and Joanna Lawn.  They were so kind to offer their condolences to my crap #13 luck after the race.  They also were very impressive racers in an event ½ their normal distance.  I also appreciated so much the fun I had with Jeff and Joe at the Specialized truck.  Mallory and Shawn offered me a lane in the “lap pool” and some jokes as well so the whole red “S” family was great. 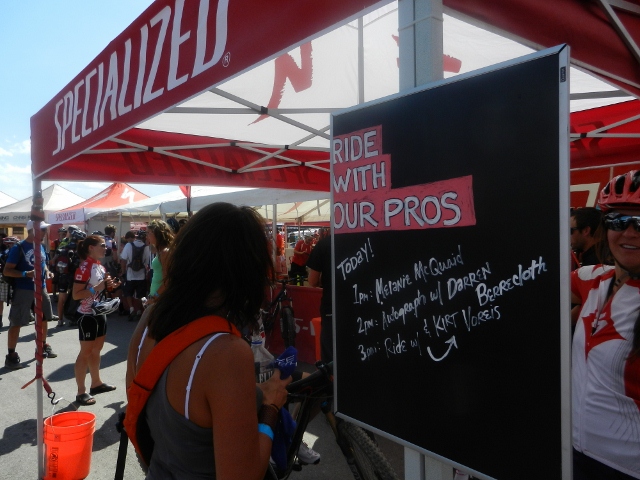 I am at Interbike for a few days before heading to Park City to prepare for XTERRA Nationals.  I had a chance to ride a 2012 Specialized Fate 29er women’s bike with some dealers at ODD.. that bike is my go to bike for the Nationals and for the Worlds this year.  So sweet!  Thanks to Specialized, Shimano, AVIA, Maxxis, Sundog Eyewear, Champion System, Powerbar, Profile Design, CycleOps, USANA, ESI grips, Genuine Innovations, Saltstick and Nathan for putting me in a position to win another XTERRA Overall Championship Series.  Here’s hoping I get it done!! 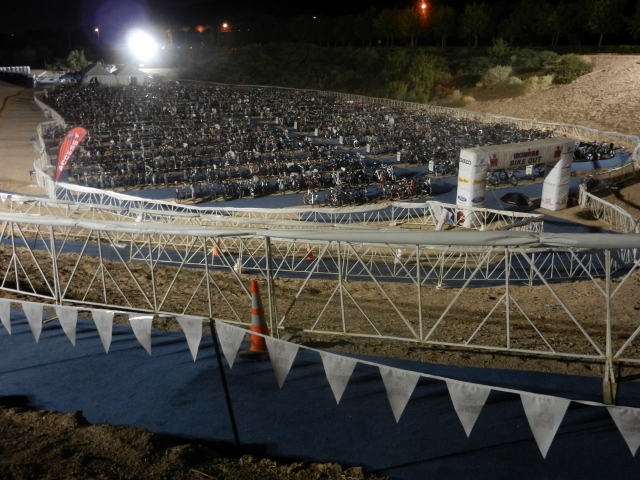