Conrad and I did a photoshoot at Laguna Seca on Thursday this week.  The weather was sunny and freezing cold.  Not all that pleasant but the company was good so we managed to make the best of it.

John Segesta was the photographer and is always loads of fun.  Plus, he tends to get spectacular photography so I was stoked to be working with him.  Even though I have clearly lost my tan 🙁 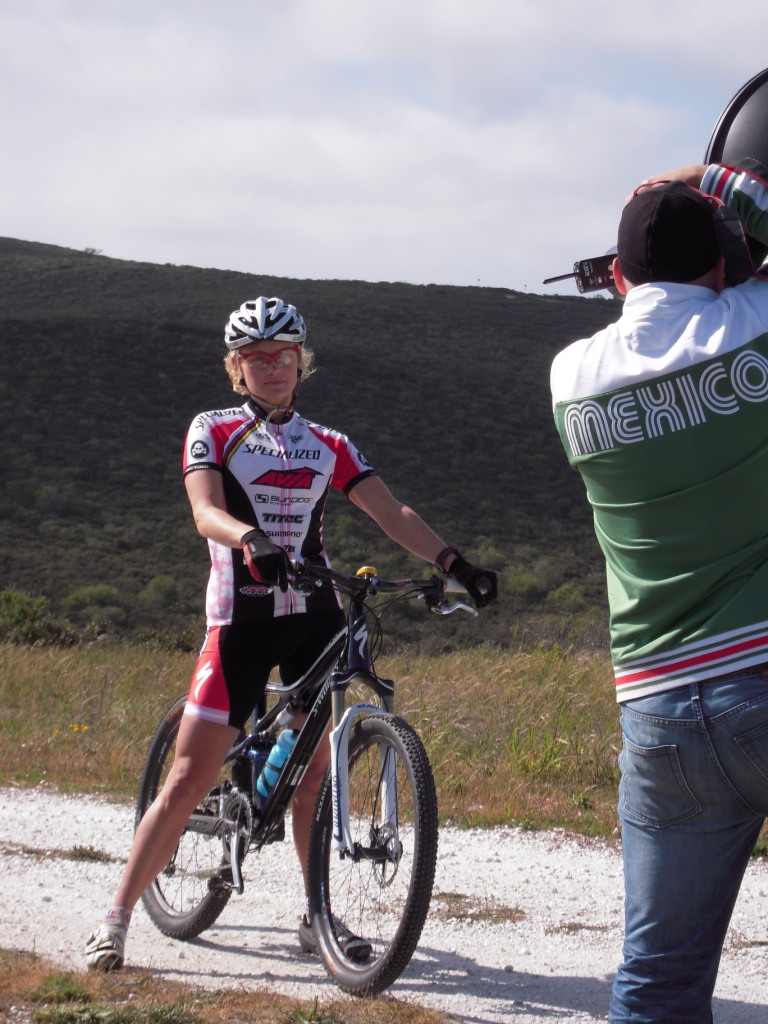 Holly Bennett from Gu was there (it was a Gu shoot) as was Conrad Stoltz and Magdalena Lewy Boulet, who was second at the 2008 US Marathon Trials (she represented the US in Beijing).  I made a point of not running next to Magda but I did pick her brain a little for half marathon specific workouts! 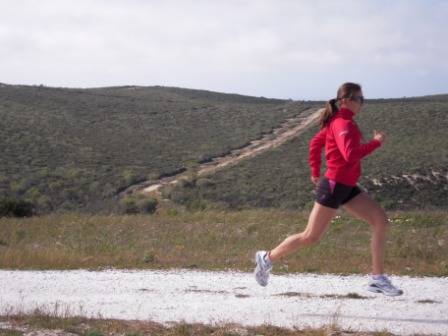 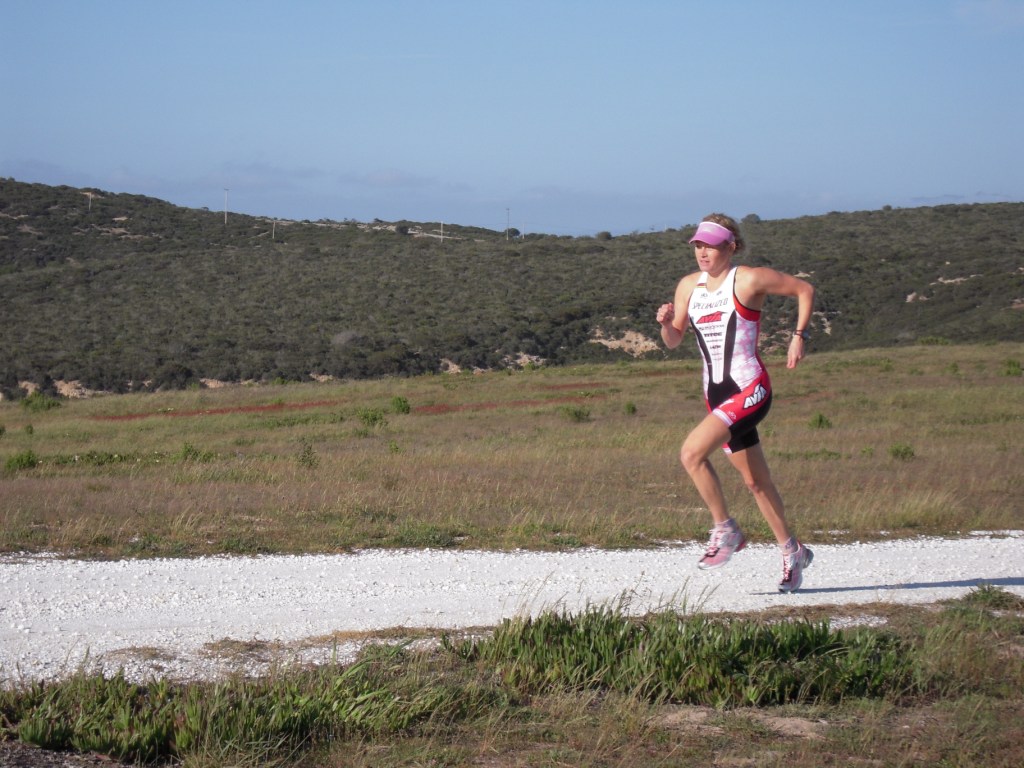 It was a fun time complete with entertainment as we watched a couple of 17 year old downhillers try to drift their Pathfinder on the dirt roads only to roll the thing over.  We could see the swearing and jumping around as they surveyed the damage to the vehicle afterwards.  Of course, being 17 they were physically unharmed.

Conrad was definitely stoked about being in California having just come from Africa.  Not really.  He wore 10 layers of clothing the entire time and hid in the car whenever he was not in the shot.  Well, we both did that actually. 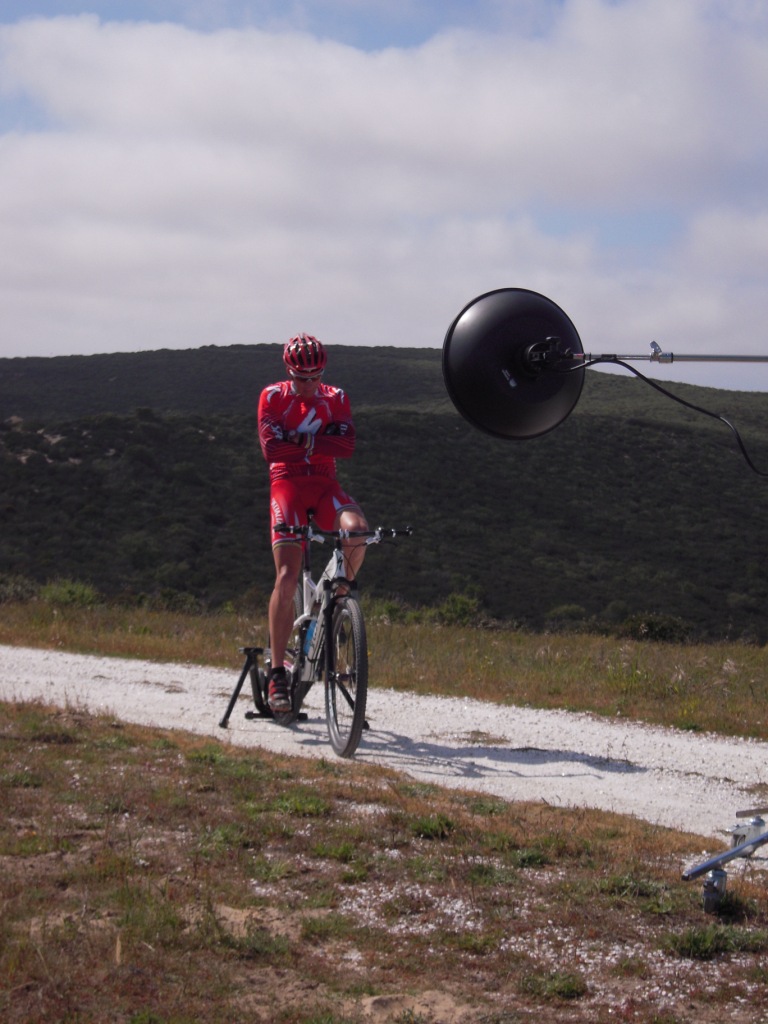 Conrad freezing his butt off 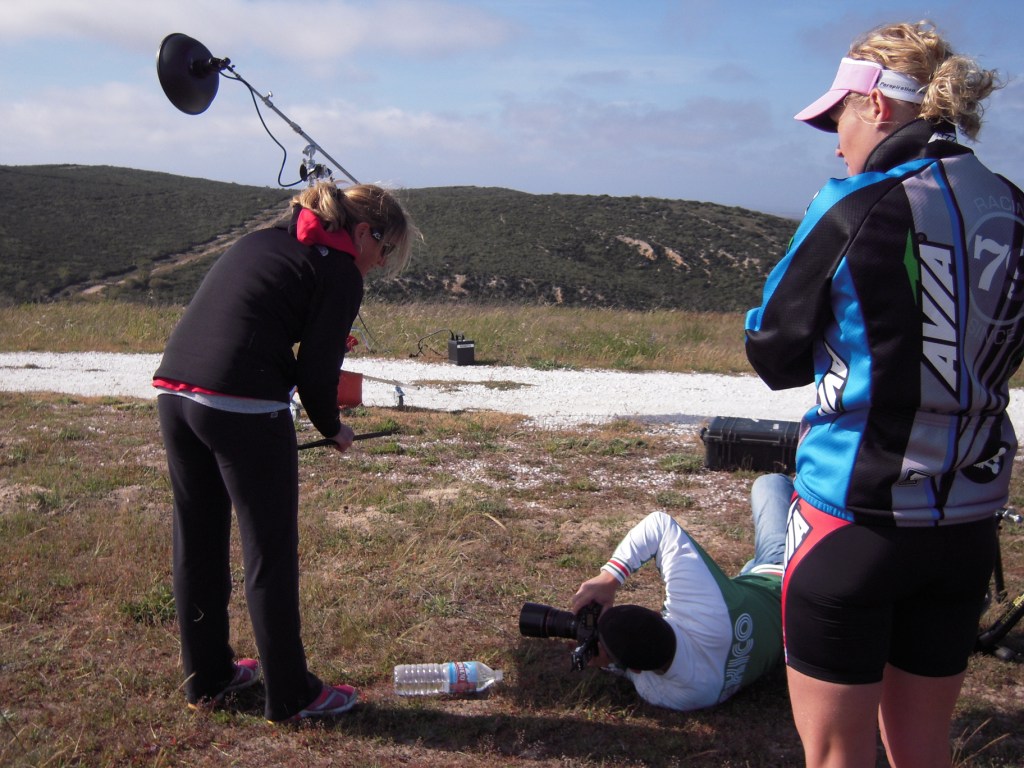 Not really being helpful 🙂