Clearwater 70.3 Worlds was my last race of the 2010 season and it was less than I had hoped as far as a result goes. It was all it was cracked up to be in terms of a difficult event despite a flat course given the strong field to make up for the lack of elevation gains.  To say things didn’t go my way would be an understatement but having raced the course I would certainly do a lot of things differently in order to go there to race well.  It wasn’t ever really going to be my day… it was always going to be Jodie’s.  Bravo!

Thank you goes out to Specialized for encouraging me to go and race another 70.3 to learn from for next year.  Thanks to Shimano Cycling for the cheers on the day and the sweet race wheels.  Thanks to Nathan and CycleOps Power for the shoutouts before the race! Thanks to AVIA, Maxxis, Sundog Eyewear, Profile Design, GU, USANA, ESI Grips, Genuine Innovations, Zerod and Titec.  It has been a good year with a 70.3 win, three other Half Ironman podiums, a Canadian, US and European XTERRA Championships title and a BC Bike Race overall win.  It really was awesome… even if it ended without the final fireworks! 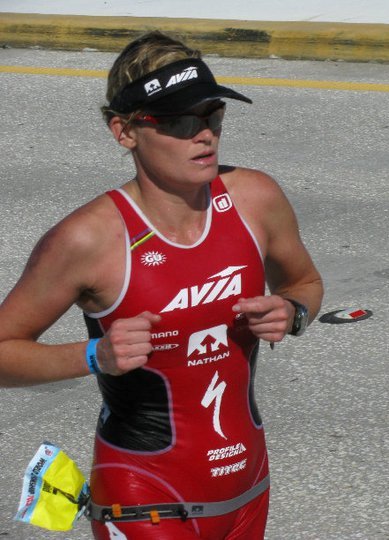 So as for Clearwater: onto the blooper reel.   Right at the start of the swim I chose the furthest right hand side of the field so I could take a straight shot at the buoys beside Dibens, Swallow and Magali.  As we waited for the countdown they were carrying the para triathletes and placing them in the water on the far right side.  Immediately in front of us.  I thought for sure someone was going to move but with 15 seconds to go that was obviously not happening.  When the gun went off I think Julie and Magali barely got around on the left and I had to run directly AT those athletes, which in itself was devastating because no one’s race needs to start with a flipping woman running at you in a wetsuit.  I jumped OVER that person, subsequently tripping and belly flopping/ falling in 11 inches of water,  to then have no momentum and continually trip trying to run through the very shallow water that went on for at least 30m or so.  When I finally was swimming the pack was gone, I was at the back and my swim was already a disaster.  Nice start.  Moving on to the bike…READ MORE HERE
When I had a 4.5 minute deficit to Dibens and 6 minutes to Swallow I had a sneaking suspicion I wasn’t getting anywhere near the podium.  However, I put my head down and started to get going.  With lots of athlete traffic in the first bit of the course( including one of the pro men who rode DIRECTLY on my wheel before coming around to try to incite a drafting penalty on ME) and not really knowing how hard to go my first 15 miles were kind of average.  When I saw Angela Naeth I decided to get moving and went along with her about 20 m back (I didn’t want a draft penalty to add to my already self imposed swim penalty).  When I saw her turning left with a motorcycle and got WAVED AROUND THE CORNER BY A POLICEMAN I was pretty darn surprised to learn down that road that we had GONE OFF COURSE.  So yes, it is our responsibility to know the course but what would you do if all the officials were directing you the wrong way?  So, more minutes donated to a crappy result and we got back on course.  I was pretty angry to be passing back women I had never even SEEN that day and to see someone that I had passed at the beginning of the bike course AT THE TURNAROUND?  Wtf.  Terrible. 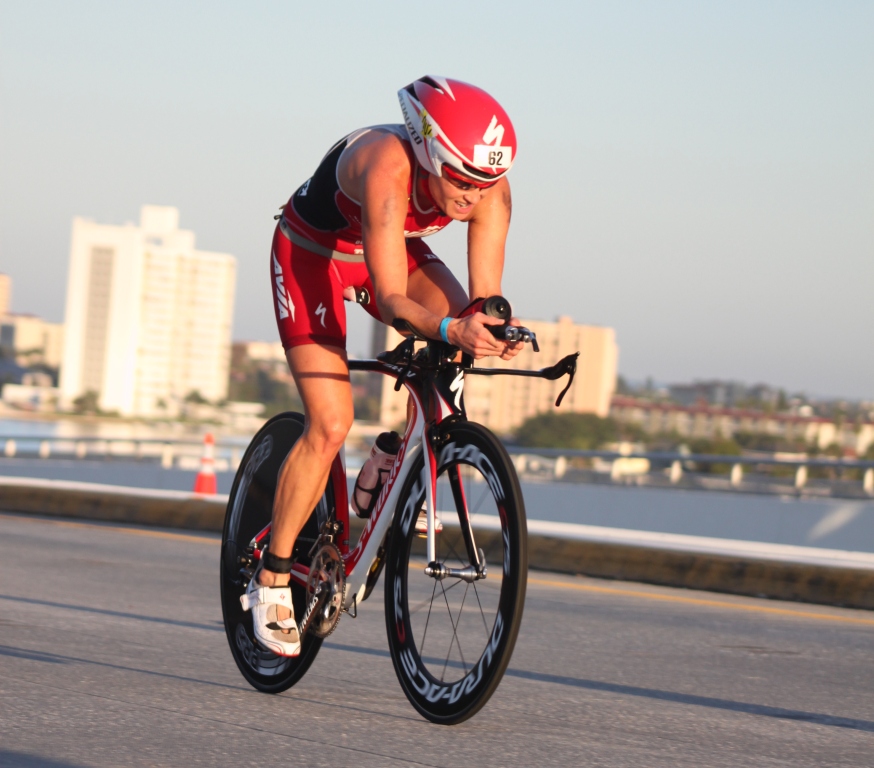 Thanks for the photo from Tara Spikes!  Mel and the SHIV

I think I did a bit of soul searching for awhile (read: not pedaling hard enough) and then got going again.  I got passed by Heather Jackson during the rough patch and was looking at how nice and aero she looked.  She had the fastest bike split of the day and really did look good. I love my new SHIV and feel so comfy on it but I haven’t done work to replicate 2h15 mins of HAMMERING in aero position.  I stayed with Heather for a long time (again, WAAAAAAAAAY back to avoid penalties so don’t think I was anywhere near drafting her) so I am learning the pace etc that I can do.  Then I lost her on a downhill?  Wow. I need work on pushing the big gears.  I am positive there are serious improvements I can make in this department.  By gearing my year around 70.3 and doing some XTERRA I think I can get comfortable on that bike and faster.  I don’t believe my mountain biking will suffer … but 2 months on the mountain bike and my time trialing has suffered.

Then the run.  It was hilly after running up and over that bridge 4 times.  Crazy.  My butt muscles were so sore from riding in that position so much and it was average.  I passed and got passed and finished 12th.  The averageness of the whole day was deafening.  Moving forward. 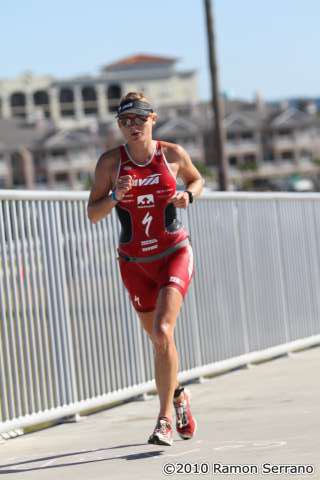 I did enjoy a day at the white sand beach with my swimming buddy Luke and his wife Meg.  They were some of the most fun of the weekend.  They are off for a 3 month Guatemalan adventure.  I wish I was as brave to head into the unknown as they are!  I reflected after that the reason I love this sport as much as I do is I get the opportunity to meet people I never would if I didn’t put myself into situations where I was uncomfortable.  I am uncomfortable in 70.3 but the rewards for being so are many!

Thank you for the support and shout outs this year.  Coming back from these experiences both in Maui and in Florida will be what defines me and my career so I am happy to go back to work planning my 2011 season.  I am stoked to be announcing soon the 2011 sponsor lineup (it looks mighty similar!) and will be announcing my MelRad race team in January.  In the meantime, I encourage everyone to reflect on what they were happy with this season, what they were less happy with and figure out what is going to make them the most happy in 2011.  Lots of that will come back to racing, for sure, but finding the other stuff that supports happy racing is also important.  Time to give the people who support you a big hug and give something back to them now.  Putting some love in the bank for withdrawal next year should be your main priority.

Keep it rubber side down.  M. xo