Well it is no secret that 2007 was not what I was looking for. A string of poor run splits since Temecula despite a season dedicated to improving my running has indicated some disconnect between training and results. Live and learn. Being a self coached athlete, I was convinced that it would eventually come around but unfortunately, it did not. Hawaii was not my finest performance in an athletic sense but I am certain it was great from a mental perspective. I was positive throughout the entire day despite how I was feeling and I am proud of how deep I dug in to hold onto second place. Truly that was the best I had on that day and even if I am not happy with it, I have to be satisfied with that. I am certain that no one has seen the best of me for an entire season and yet I was second at the World Championships, second overall in the US series, won a national XTERRA championships, won Canadian offroad tri champs and took second in three other XTERRA national stops. Bad season? Hmmm, lets put it all in perspective.

The great thing about this year was the good times I had with my friends all over the United States. I met the most amazing, gracious, witty and fun people in Alabama, Virginia, Colorado, California, Utah, Nevada and Hawaii. Add to that all of the racers I enjoyed pre-riding with, sharing tips with and toeing the start line with and you have a season I can happily recount for years to come. Despite some struggles with my form I still have so much fun doing what I do. XTERRA is the best! I really look forward to this off season to recharge, regroup and refocus…. 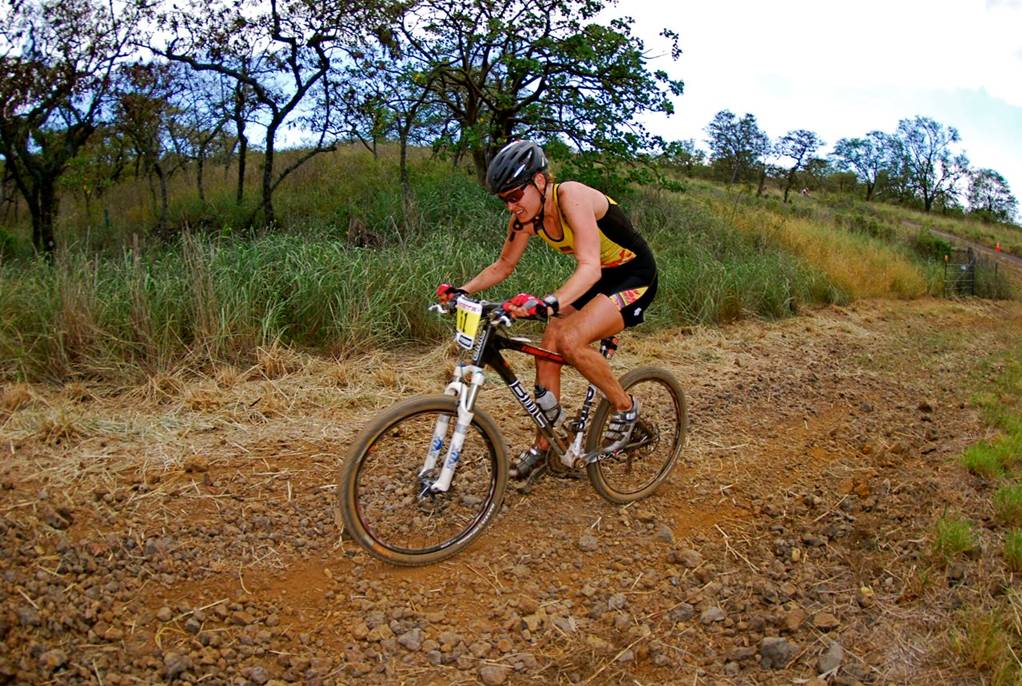 If I look back over the last seven XTERRA seasons I can see some building years and some breakthrough years. 2006 was obviously a breakthrough year, having won both the overall series and the World Championships for a third time by a large margin. This came five seasons after my first year on the tour where I came from a second place finish at my first ever World Championships in 2000 only to end up 11th at the national championships and a DNF at Worlds 2001. 2001 was the first year I had ever trained for triathlon and I really struggled with the swim and run volume, never performing well at any of the three disciplines. 2002 marked the year of my first ever national series win but I didn’t get my first Worlds title until 2003 when things really clicked in the later part of the season.

Since 2003 I have enjoyed a lot of consistency, holding either first or second position for five years until I showed up in Tahoe 2007 with a flu bug and broke my streak of top 2 finishes with a fifth place. It was satisfying to finish the year top two at Worlds and hold my record at three first places and two second places in the past five years. To stay consistently top two despite having a year described as “less than sparkling” is great. I will take that in a building year rather than what I had in 2001 making the same kind of investment. It also requires some personal perspective when the media has talked about how horrible my season has been having won two national races, been second at three others, being second overall in the series, second at the World Championships and my one blemish being a fifth place which is still a podium. Many people would be very happy with that season!

My goal in this sport is to become the strongest triathlete I can be. I don’t want to be the strongest cyclist holding on for the win, I want to be a strong all around triathlete. After finishing the season last year I decided it was time to really focus on eliminating any weakness in my racing. I worked harder on my swim and run than I ever have and really only have seen an incremental improvement in my swimming. No improvement in my runs – if anything, my running has been the worst it has been since 2000. Not good given that I have worked so hard on it and thought I was actually running really fast! Well, I was running fast but racing poorly, overtraining my run meant I would blow up part way through the bike nearly every race and limp to the finish. I ended the year SUPER fit, but overall, not that strong. Probably a lot overcooked. That doesn’t mean that all I have done was in vain. The improvements have been made; I just need to iron out the kinks before race day. I look forward to reaping the rewards of my hard work.

I was pretty disappointed in how I was quoted in some post-race interviews. For the record, evaluating my Maui race as “a weak bike and a bad run” was blunt, not dour. Anyone who knows me knows I will always call a spade a spade. I am pretty sure that there is no one who should be out running me by seven minutes… I am just not that bad a runner. In fact, I would have thought myself a pretty decent runner this year if I totally avoided looking at all of my splits, ha! I will evaluate my races based on my performance, not my results. Second place is awesome… being shellacked by seven minutes in the run is not my best performance and being four minutes behind the strongest bike split is not what I am capable of.

That said, for 2007 poor bike performances were followed by worse run performances in every race. I had bad form throughout the season which was masked by some good swims and gritty racing. I look forward to more races where I am able to achieve performances closer to my potential. I am excited to have athletes like Julie joining the family. Better to go into the offseason hungry with new challenges than complacent. I obviously made some poor decisions when it came to my 2007 program which I will remedy in 2008. We will have a whole new tribe of professional women back in the field in 2008 making the battles greater and the victories sweeter.

Plus, next season will be my opportunity to challenge Conrad in the hunt for that coveted FOURTH World title!