2015 was the second year I chose to race in Raleigh.  Now that the race is done the event went better than my first go at the race despite a less impressive placing.  Such is the nature of the 70.3 series this year.  It is not often the women’s field is not packed with fast girls. Less races makes for more competitive races and this weekend was no exception.  Meredith Kessler, Lauren Barnett and Cait Snow took the top steps with super awesome races.  Meredith was consistently solid all around, Lauren put together the best bike/run combo and Cait lit up the run course to pick her way up to the top steps.  Three different but very effective approaches.

My race started with a terrible swim (same as 2013).  Not sure why as I believe I am a very good non wetsuit swimmer.  However I was immediately and decisively dropped and lost four minutes right off the bat.  Yikes.  Then I got on the bike and hammered.  I was out of the water pretty much with Lauren so she and I ended up riding the bike together.  We rode ourselves up to fourth/fifth and at 10 miles on the run I thought I was going to catch Holly Lawrence and take third.  However the wheels came off on the way back to town, I never made up another inch on Holly and lost four more places as the top run splits came flying by.  I didn’t need to have a fast run for third… I needed to not die.  Despite a controlled bike and a very conservative and controlled first lap on the run I still fell apart in the closing miles.  I have a real hate relationship with south east heat as this has happened many times before (including 2013 edition of this race).  It puzzles/frustrates/crushes me every time.

1.      1.  Rode fast.  Turns out three other girls rode as fast if not a few seconds faster.  Still gave myself a chance to get top 3 with that bike split despite my crap swim.

2.      2.  Bike arrived safe and sound with little effort on my part:  the SciCon travel bag really is amazing.  I also rode safely from T1 to T2 thanks to some fancy new Bontrager Tubulars aboard my Bontrager wheels.  2015 is a tubular season from now on.  Thanks Mark at Trek race shop!

3.      3.  Awesome homestay:  Alan and Helen took such good care of me before, during (they in the awesome mile 7 feed zone on the run) and after the race.  I chose to come to this race 100% because I knew I could stay with them.

4.      4.   I am fit – there were just much faster girls on the day this weekend.  Despite dying on the run I really don’t think it is fitness related.  My heart rate was like a flat line.  I had the motor to drive the output but hyperthermia shut it down.  The swim is a question mark but again I have a fistful of crap East coast swim splits to compare to.  I am pretty sure despite my desperate attempts to be on the time zone arriving four days out I just don’t get going until the bike when the races start at 6:30 or 7am EST.  Solution:  arrive sooner?

Since I still to date have never had a race in the Eastern time zone I am satisfied with I think I should not expect to race well in humidity on the East coast without a minimum 10 day acclimation similar to altitude.  Even with good form I consistently fail in the heat and humidity on the East coast… but I have had good races in the heat and humidity in Hawaii.  The southeastern oven cooks me every single time and I am not stoked about that.  If I need to race East I think I need to go early.

That’s pretty much it.  I don’t have anything negative to say  other than I am not satisfied with 2/3rds of my execution and as a result I would approach this race differently if I did it over again.  That has to be balanced with the fact it was a race to get a race in so donating that long to acclimation/race preparation rather than training would have been a trade-off that this year I chose not to make.  I can’t be all that upset just realistic: the races are SO competitive that if you want to be there you need to be firing 100%.  I was fast for a lot of the race but six girls were faster in the end.

Thanks so much to Trek, Shimano, Powertap, Bontrager and Sci Con Bags for providing and protecting this beauty for race day. 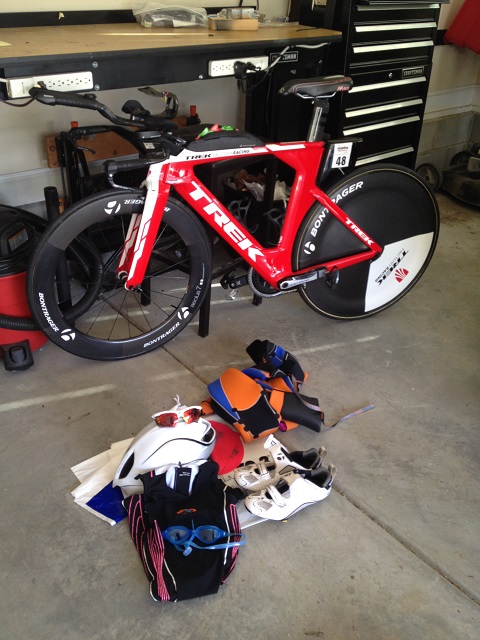 Thanks to Blueseventy for a sweet swimskin and goggles that I enjoyed wearing for a little too long on race morning. Thanks Champion System for keeping me comfy and cute in my race kit and Rudy Project for protecting my noggin and eyeballs from bike start to run finish.  Thanks to Frontrunners Victoria and Asics Canada for comfy kicks out on the run course and USANA for keeping me healthy.  Thanks to Kelly at Livefit coaching for helping me prepare and focus on the main goals, find the positive and put the negative in perspective and then the rearview.

It is such a pleasure to race with such fast girls.  Congrats again to Meredith, Lauren and Cait, the three podium ladies, and congrats to Alexandra, Jacky and Holly for 4th to 6th and Jen in 8th.  Top 8 is dollars ladies!!  Woohoo!  You are all incredibly strong and it is so motivating to keep working hard to try to win another one of these races.  It is so great to be inspired to better your best.  Thank you for the fuel.

And thanks again Alan and Helen. You guys are the best 🙂 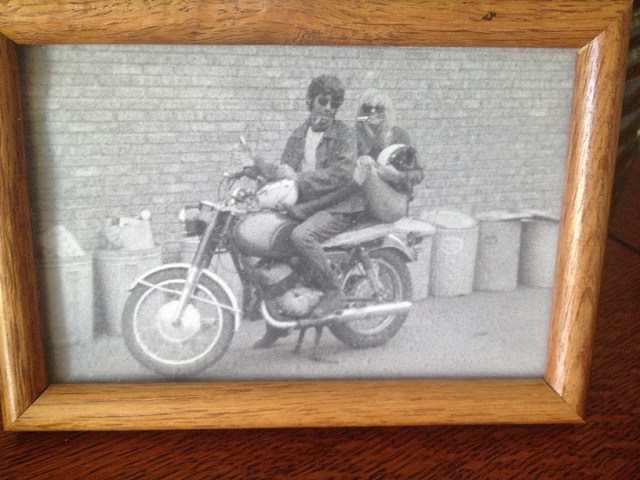