I flew from 11 hours from Maui to Honolulu to Auckland, laid over 7 hours, then flew 8 hours to Perth on November the 1st -hoping to start my Australian campaign at the Aussie Championship in Mandurah.  Unfortunately, that much time in the germ tube and airports meant that by my second day in Australia I went down for the count.  Five full days of illness and inactivity followed, which meant I missed the event altogether.  I was devastated.  I think I was the worst homestay athlete ever given all I did was either sit on the couch or in bed all day.  My hosts Jamie, Nicky and Robin were gracious and did all they could for someone wracked with fever and crawly skin – they loaned me four seasons of Game of Thrones.  Now I am all up to date – bring on Season 5!  J

Needless to say, I was extraordinarily hungry to race in Ballarat the following weekend but honestly, my mental game needed a tuneup.  The leadup was not ideal – as my body was still a bit sick and I was feeling quite flat- so I didn’t have the workouts I normally use to fuel some confidence.  I really didn’t know what to expect.  However, I got the mental kick in the pants on race morning when I was faced with the possibility of NOT RACING AT ALL.  I can honestly say that if an opportunity is taken away from you, you will suddenly discover just how bad you wanted that opportunity and what you would do if you had it back again.  This was an excellent prerace gift, to lose and then regain the opportunity, and I am sure it was why I was as strong as I was on the day.  I think the old adage is racing is 90% mental and the other half physical? 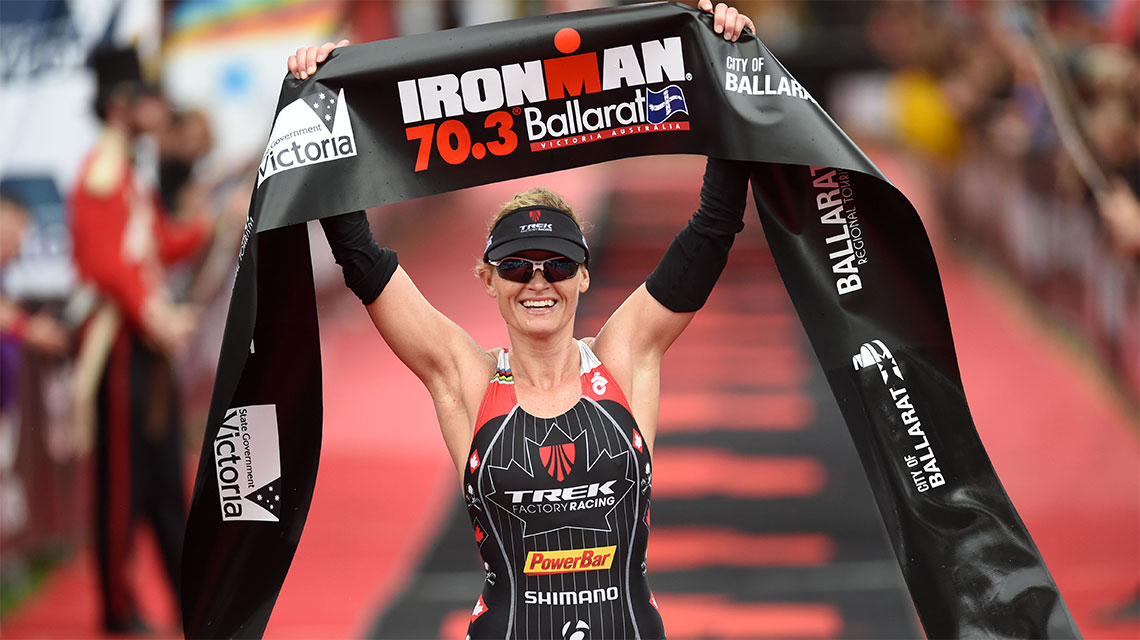 Winning!  All race photos are by Delly Carr.

The swim was held in Lake Wendouree, an Olympic rowing venue from days gone by that has become home to numerous beautiful black swans.  Ironically, I described the race as a “black swan event” the day before.  A black swan event is a metaphor that describes an event that comes as a surprise, has a major effect, and is often inappropriately rationalized after the fact with the benefit of hindsight. 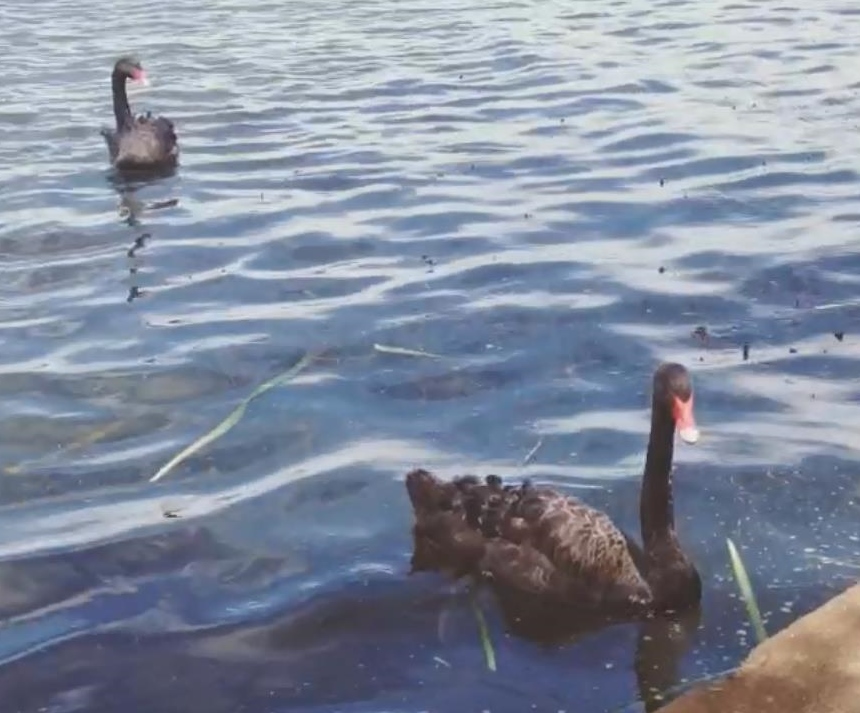 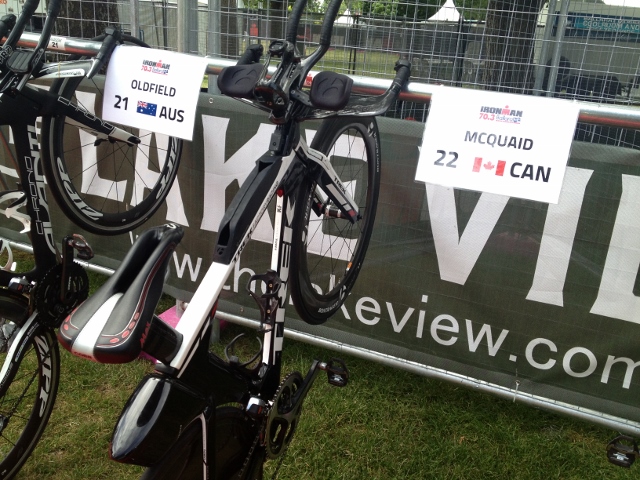 Day before – ready to rock

There was a terrible storm rolling through Ballarat the night before, complete with frightening thunder and lightning. I don’t know if it was the fact my bike endured a lightning storm the night before or not but when I got to the bike in the morning I discovered the bike did not work.  Black swan event –it was an absolute freak occurrence. 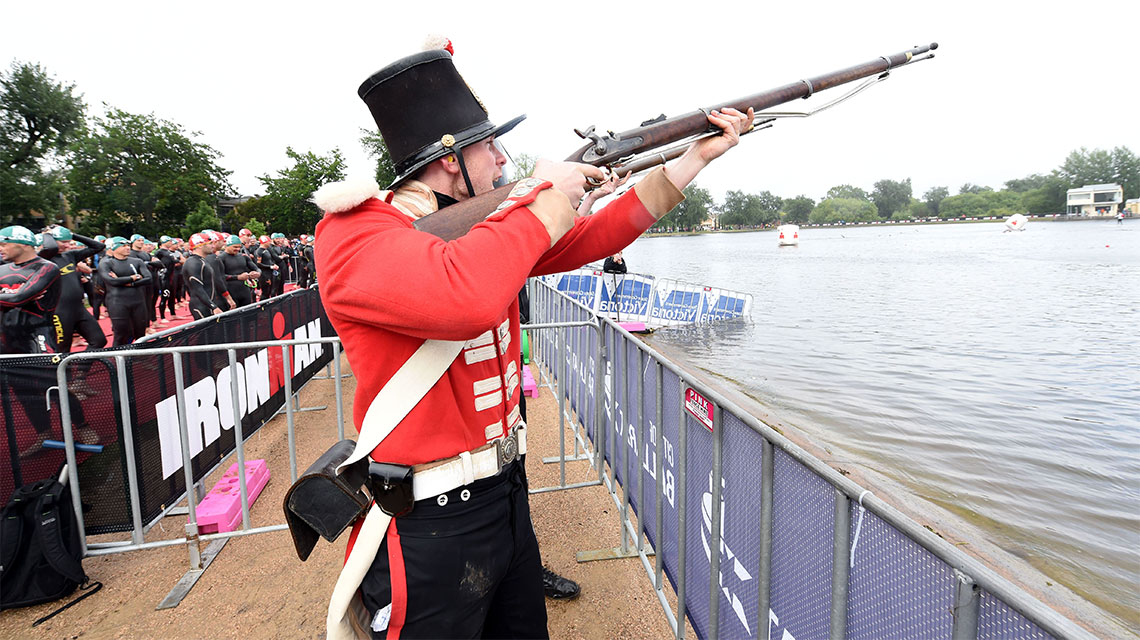 Rifle shot start to the race.  Thanks to the soldiers for the race support.

So as I stood fretting about the possibility of flying all the way to Australia to have no opportunity to race, the brilliant Matt of Cyclescape Trek Store Ballarat worked his way through the problem. Having the opportunity presented back to me was invaluable.  Suddenly I was going to make the most of every single minute.  When the soldier shot the gun to start the race I was completely immersed in the process of racing.  I got a bit confused on the swim course (it was not complicated but some wind chop made the teeny buoys hard to see) but I still managed to lead Maddie out of the water for my third Blueseventy swim victory of the season.  In transition, I took my sweet time putting a lot of clothes on, while Maddie roared out onto the bike course.  It was freezing.  It was also wet, which meant I took the first lap very slow as my crash the week before 70.3 worlds has turned me into a fraidy-cat in wet conditions.  I decided that lying on the ground is slower than taking a corner slowly.

The bike course went out along the Avenue of Honor, a stretch of road lined with trees planted for fallen WW1 and WW2 soldiers from the town of Ballarat.  The course also went through beautiful Victoria Park and Ballarat Botanical gardens, areas full of beautiful war memorials and art.  The run was on a tan track that circumnavigated the lake, dedicated to Olympic hero Steve Monghetti.  The town of Ballarat really appreciates heroes from all walks of life.  Having this race in November, shortly after Remembrance Day, was an excellent sobering reminder of the history of sacrifices that allow us to live our lives the way we choose today. 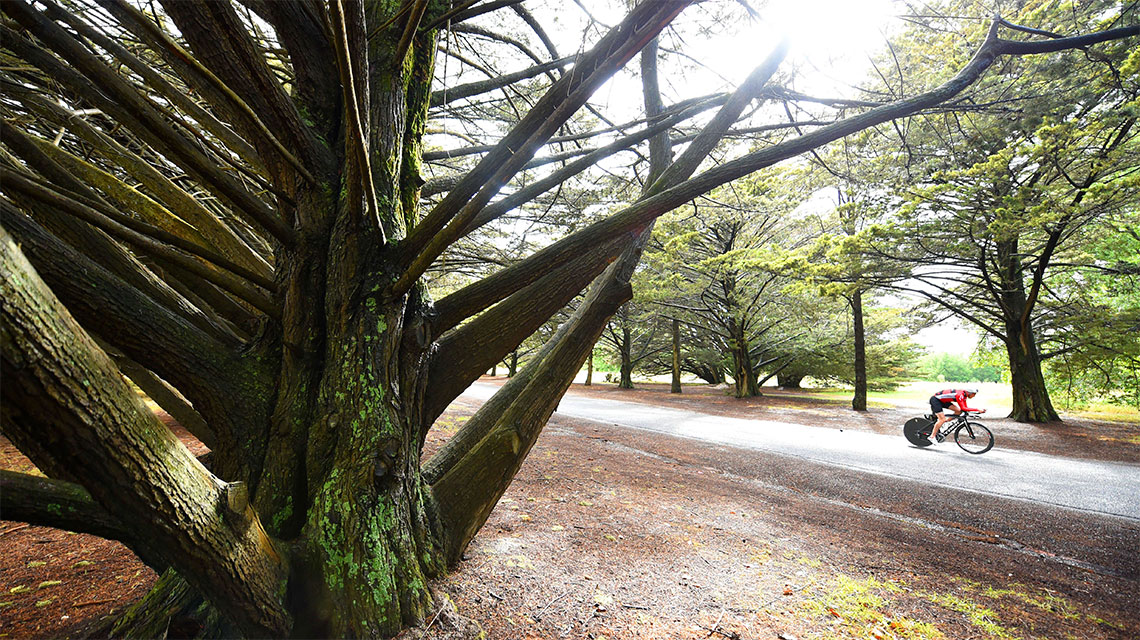 That isn’t me but you can see that some of the roads were skinny, slippery, one lane avenues to navigate on the bike.

It took me until about 15kms to find the front of the race on the bike.  It was very cold in the wind, both on the bike and on the run.  Despite putting socks on, for the first 6km of the run my feet were frozen and my legs were threatening to seize up and cramp.  Cold weather makes running fast difficult.  I was running at a good clip until I hit the freezing headwinds.  At that point I stopped looking at splits, ate another Powergel, and pumped my arms harder.  It wasn’t going to be my best ever splits on that day. 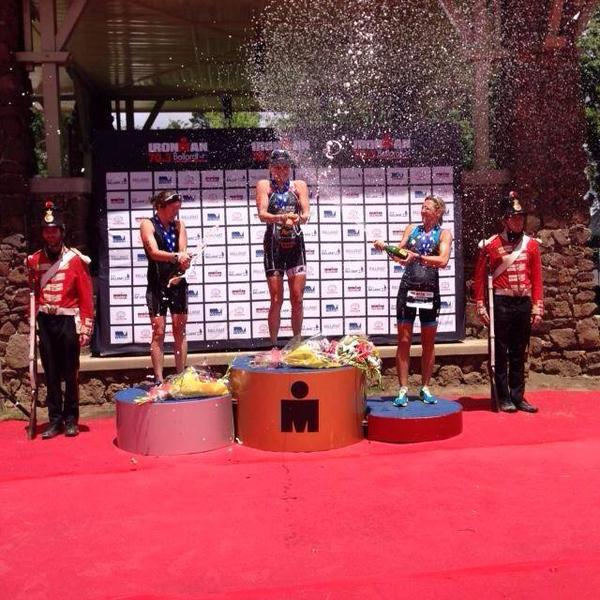 Running across the finish line was the best feeling in the whole world and the crowds were amazing. Congratulations to Madeleine Oldfield and Mareen Hufe for second and third on the day and to Jessica Mitchell and Kirsty Hallet for rounding out the top five  A pleasure to race with you all.

Ironman events are absolutely fantastic.  The races are always hard, competition and course inclusive, but the satisfaction of doing your best on the day is immeasurable.  I am so stoked to have the fastest swim, fastest bike and second fastest run on the day to a flying Jessica Mitchell. 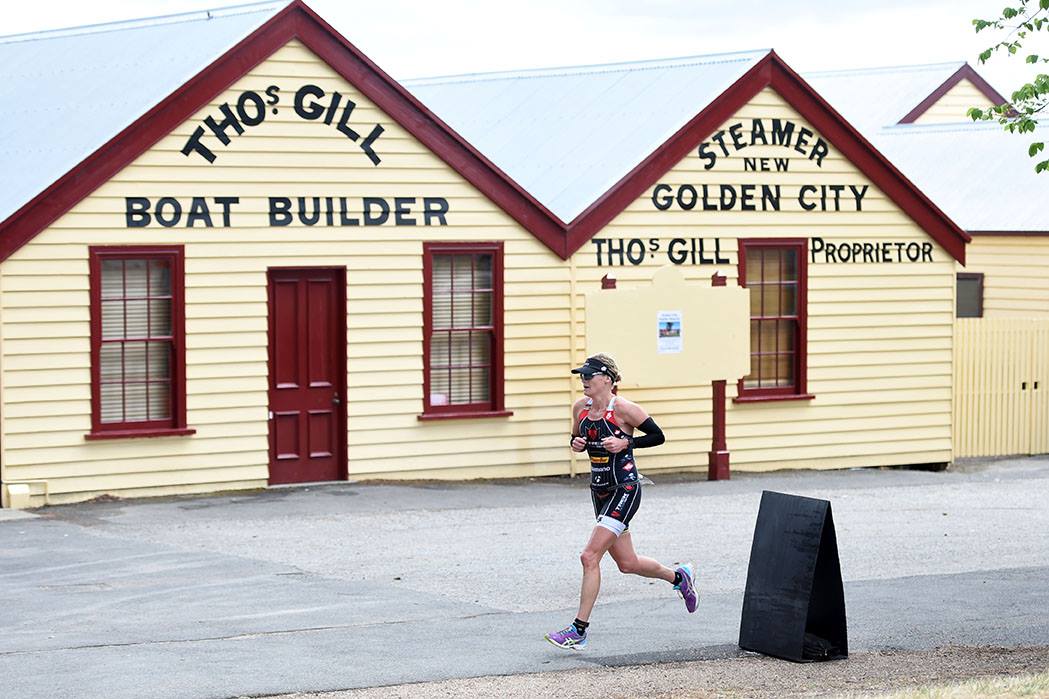 Lean in! My run splits are improving thanks to Asics and Marilyn of Mindful Strides!

So that makes three half Ironman wins in one season.  I am looking forward to one more in two weeks before I come home to plan for 2015.  One thing is for sure, I just have to remember the feeling I had when I considered not being allowed to race on the day to know I would definitely rather give it everything I have, with what I have on the day, than not have the chance to try at all.

Thank you to Kelly Guest and his elite juniors for inviting me to train with you for the last push of my 2014 season.  I really think I have a lot of great form thanks to chasing these super fast kids around… and after chasing coach Kelly for a number of workouts as well.  Thank you so much for your help!

Thanks to the Trek Store Cyclescape in Ballarat for saving my race for me.  Thanks to Chris at Monza Imports for loaning me Powertap wheels and a Cycleops trainer to use while I am here.  Thanks Trek Bikes and Trek Bikes Australia for making me part of the family.  Thanks Shimano, Bontrager, Champion System, Rudy Project North America, Powerbar, Powertap, Asics, Cobb Saddles, Frontrunners Westshore, Synergy Wellness, and USANA.  See you all in Sydney for IM 70.3 West Sydney!