Normally I participate in Tour De Suds as pre Utah Champs preparation but due to inclement weather it was postponed one week.  Since the race is a Mountain Trails Organization fundraiser, it would have been irresponsible to send 500 people up the hill on muddy trails thus, the new date.  Luckily the XTERRA was Saturday so I was still able to participate in both events.

My fitness has been kind of a rollercoaster for me this year.  I believe that I am quite a bit more fit in training than my actual race results show.  In particular, I am expecting more from my run.  Given my race on Saturday, when I started Tour de Suds I expected to be pretty blown and much slower than in the past as that is what my results over the past two races might indicate.  That was not the case.  There is a disconnect between fitness and performance right now as the day after the XTERRA I had magic legs and lots of energy.  Not what you want the day after a key event. 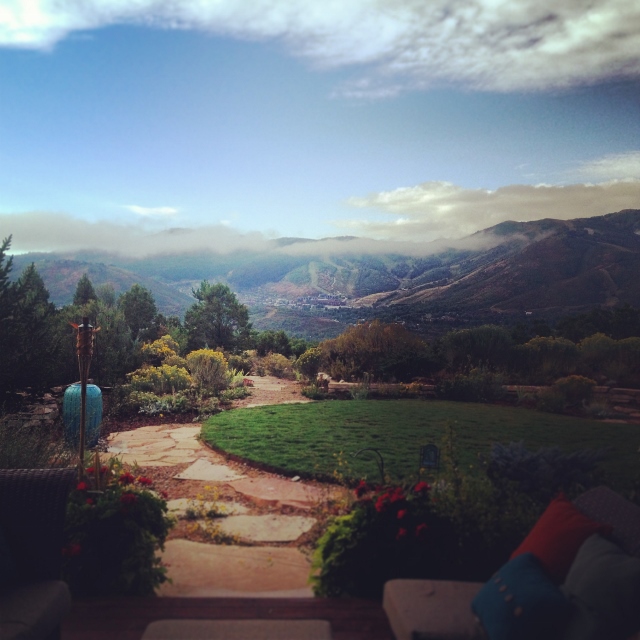 The race was straight up to the top of that mountain in the distance. Awesome view from my host’s house.

I started up the hill with the cast of characters we normally see in this race (Scooby Doo, Ketchup and Mustard, the bananas, the cast from Wizard of Oz….) along with some of the uncostumed local speedy kids.   I had a raft of excuses for a poor performance to cling to if it did not go well so I removed any outcome goal whatsoever.  I had the option to drop out if I felt terrible as well as Adam’s coaching directive was to not “dig a bigger hole from the weekend” from which to recover if I was going poorly at that stage.  All of this to remove any and all expectations from the event.  I was doing it purely for the fun of it. 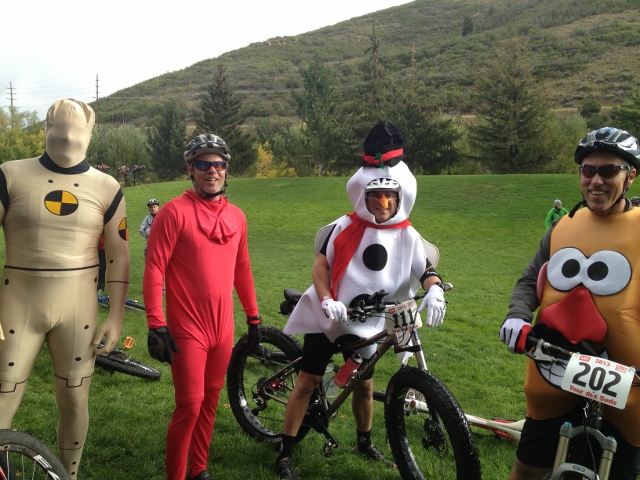 An example of some of the fun costumes… Mr Potato Head.. so funny!

So when this cute little speedy girl named Evelyn went by, initially I thought, “Okay I guess she is going to beat me today.”  I didn’t feel like being super competitive… it was a workout first, not really a race.  Not knowing who she was I didn’t know how fast I should expect her pace to be.  However, she went by and I wasn’t hurting so I changed my mind.  I figured I would just RIDE with her for a bit and see what happens.  Riding turned into a very fun back and forth race where I was making more time on the flatter sections whereas she was quite fast when it was steep.  She made a decisive and successful attack about 3’ from the top and I didn’t respond (not sure I could have, really) and we finished 1-2 only 10 seconds apart.  We also ended up 2 and 3 OVERALL on the day.  Not only that, I rode four minutes faster than I have ever gone on this course and it didn’t even feel hard.

So the fact I am not meeting my performance expectations at important races just shows that something is missing in execution.  I had SO much fun racing on Sunday and on Saturday I was panicked, I was not in the moment and I was stressing… not enjoying the same way.  I think that I need to find more fun like I did on Sunday racing with the bananas and react more like I did when I didn’t really care about the outcome.  I am performing the way I would expect to IF I take the pressure off myself.  This is exactly how I raced at TransRockies as well… no pressure.  I have been here before, where I want something so bad I force it much too hard.  I didn’t sleep for 2 weeks before Vegas I was so focused on achieving my goal.. and worried myself sick.  Then I probably carried so much stress and tension into Utah that I exhausted myself halfway through the race.  But then I relaxed and performed my best ever the day after that race… just shows there was more in the tank for Saturday than I thought and your head is your biggest obstacle.  I’m going to enjoy watching the fishes in Hawaii.  I think there is certainly less pressure going into that race as a non-favorite and who knows what might happen if I just relax a lot more.

As it turns out Evelyn finished 5th at elite USA mountain bike nationals and has finished top 3 in a bunch of the pro XC races this year.  For a lowlander to keep up with a local mountain specialist the day after a triathlon was actually quite a strong performance. Which just further strengthens my belief that I have trained correctly and I am in shape… I just need to get out of my own way to race well. 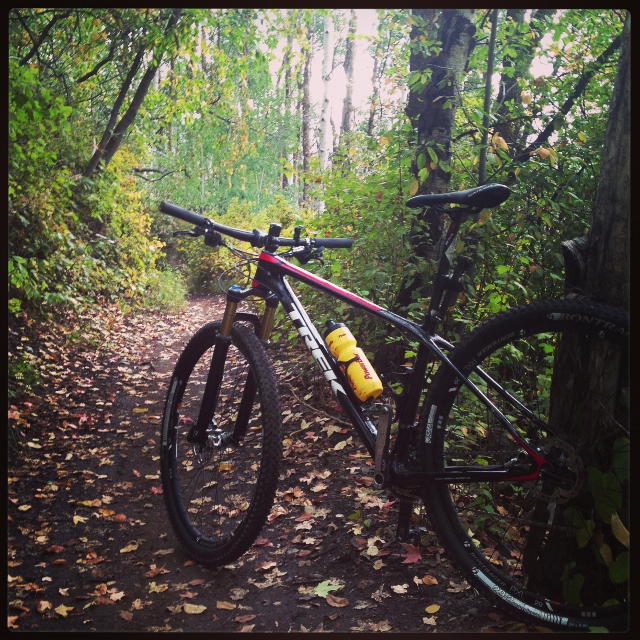 Time to just enjoy the ride.  I love my bike.