The last time I visited North Carolina was to attend the superfantastic Pisgah Stage Race.  It was love at first sight and I knew that another trip to the “First In Flight” state was on my wish list.  So when the inaugural Raleigh 70.3 was announced one week out from the Richmond XTERRA, I was in.  This meant much less travel than last year coming from Hawaii and more time adjusting to the challenging weather conditions the Southeast loves to throw at athletes.  I definitely made an excellent decision.  What a wonderful place. 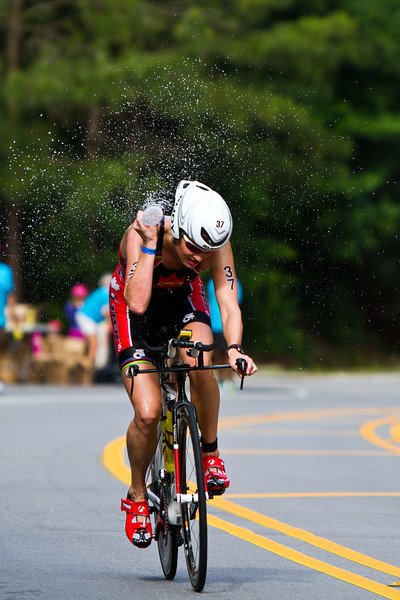 My race on Sunday was pretty darn good.  First off,  lets discuss how hard Ironman is for a second.  It was horribly humid and you need to keep moving for hours and hours.  I recognize it could have been hotter and the bike portion of the race was somewhat cool due to cloud cover but by the time we got to that bear of a run it was stinkin hot.  To come third behind rockstars like Laura Bennett and Emma Kate lidbury and stay in front of Jessica Jacobs and Beth Shutt in the southeast with 4 days of acclimation is freaking great.  To come third in a 70.3 finally after more than a year of biomechanical failure is also delicious.  On a course with a flat bike (least least favorite) and a run from hell (not the flavor I would ever choose) is even better.  Despite conditions not playing to my strengths I kept it together and had a great result.  I am so excited about that.  However, I was solidly pounded by race winner, Olympian and fellow Champion System athlete Laura Bennett in the swim and the run though so there is room for improvement.  I am not going to rest on this but rather use it as a signpost for the direction I need to go in order to attain the level I want to race at.  Big congratulations to both Laura and Greg Bennett for reigning supreme on the day. 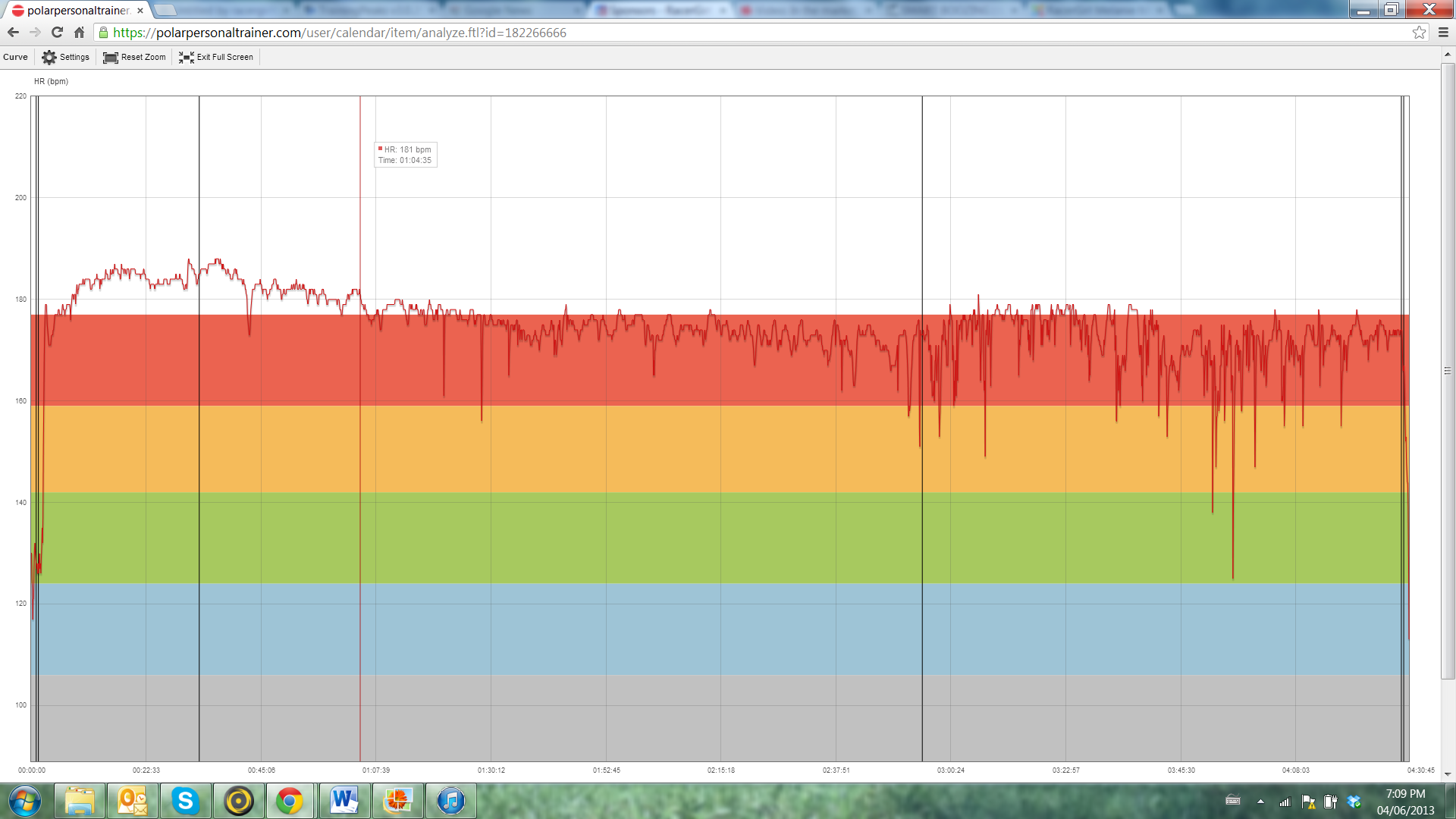 Polarpersonaltrainer.com indicates kind of a slow death in the heat on race day.

Now a short recap.  The swim was another version of the Alabama switch where the supposedly definitively non wetsuit race became wetsuit.  Again, many pros left wetsuit free.  I was not one of them.  On the swim the fastest girls all managed to position themselves with about 15 seconds to cannon on the opposite end of the pack from me despite my focused stalking of Laura all morning.  Seriously, one minute we are all there the next they are on the absolute opposite end of the pack, wtf.  So then I was sucked into Laura’s superswimmer tactics where she busted left AWAY from the buoys (where I’m lined up) so I had to sprint, cross the entire field to get on the back of a tiny 3 person pack which was swimming away from me.  After I made contact with one pair of feet for about 25 seconds, I was dropped and plowed my own water all swim.  Dagnabbit.

Then out onto the bike I put my head down and got within sight of the foursome in front of me (they had a couple of men they out swam in with them) in the first hour but that was when the course was going up a little.  When the terrain got a bit faster and more downhill, the elastic stretched again.  I am really not that good in the flat fast courses and need hills to use my power.  I mean, that is the nature of my strength right now but this race has shown me I want to work harder on that.  So I never really got in contact with the leaders despite posting second fastest bike split.  Emma Kate is fast.

Out onto the run I was expecting something resembling the course profile.  Notsomuch.  Here are some of my thoughts:  Where the heck did all these mountains over by the art gallery come from?  Who turned up the heat?  Why is the whole way on the way out totally uphill when the profile says it is flat?  The run was really really hard.  When most of the pro men are in the 1:20s range you know it is hard.   I was spending the entire run trying not to do my classic southeastern chicken dance instead of finishing.  I walked aid stations, took 4 cups of ice cubes and generally went into meltdown protection mode.  I was briefly passed by Jessica Jacobs where there was two laps of one mile and prayed she was a mile behind because I had no chance of staying with her.  Thankfully, she was as she cracked fastest women’s run split.  Lucky me I could hold her off. 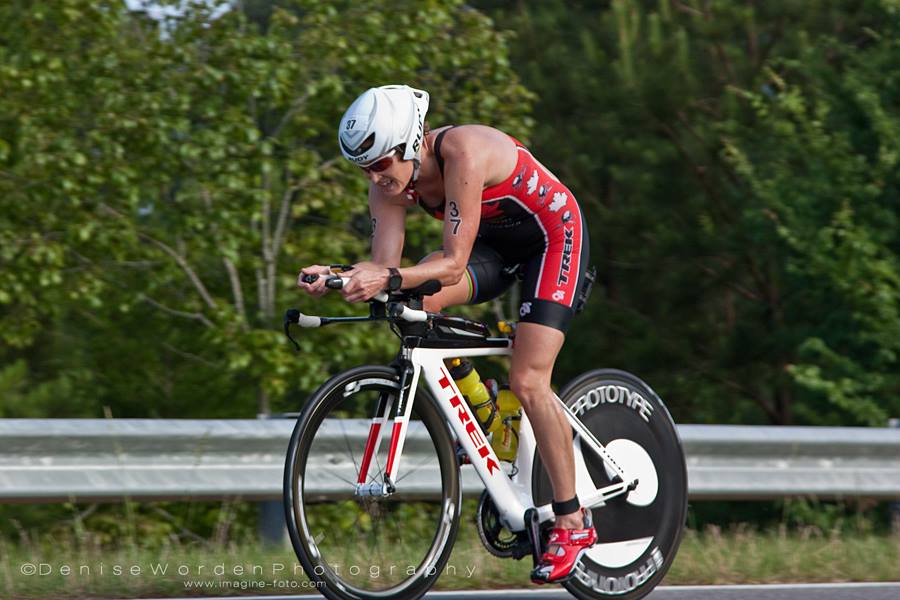 So I saw none of the beauty on the run course since I was blind with suffering but the bike was incredibly awesome.  So green, best roads in the world, most fans on the side of the road ever, best aid stations ever, most interesting point to point journey, you name it this race is awesome.  I loved it. Want to come back.

Thank you to the spectator who gave up their seat on the shuttle for me on race morning, you are a doll!  Thank you to Helen and Al McCleary my homestays who are so fun and interesting to hang out with. 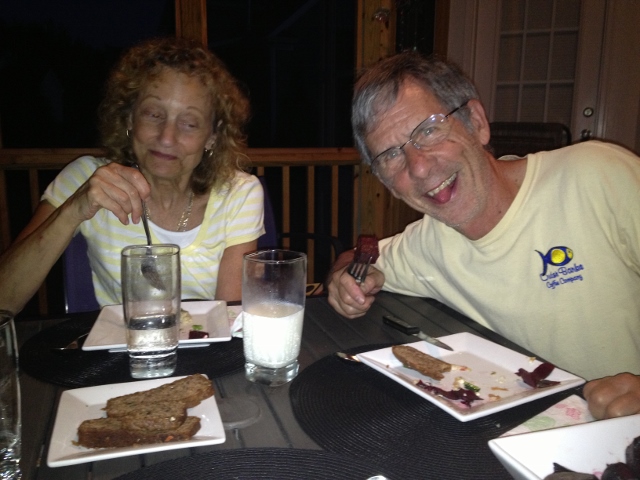 Al and Helen almost let it slip by me that they HATE beets!  Dinner was loaded with them.  Haha! 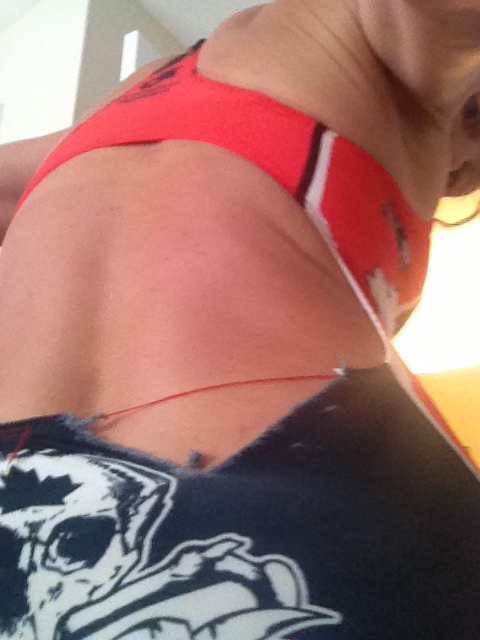 Thank you Blue Seventy for sending a sleeveless wetsuit to prevent my massive overheating in the questionably 76 degree lake water in the morning.  Thanks to Trek, Shimano, Bontrager, Powerbar, Polar, Rudy Project, Champion System, Powertap, and USANA.  Thank you to Adam Zucco of Trainingbible coaching for some excellent comeback advice and thanks to Clint Lien and my Tuesday AM Swim Club kids for setting a new level of expectation for all of us.

Feels good to start the form rolling again.  See ya in Richmond, eh?