This past weekend I tested out some racing in February at the Panama 70.3 race in Panama City. It was awesome that Heather Wurtele won such a big event, she is a such a champion. Camilla Pederson, Kelly Williamson, Marg Shapiro and Jodie Swallow rounded out the top of the podium and I ended up 7th behind Terra Castro. All of those girls are phenomenal athletes and I was amazed to see how fit they were in February which is certainly a kick in the pants for me. The race was puzzling as nothing really played out the way I thought it would. I am not sure what I thought would happen cramming a race into the winter after a longer than normal offseason but now I guess the mystery is solved.

It is amazing that we could do what we did on Sunday on such incredibly busy roads. Big props go out to the local organizers and Ironman for offering a completely closed bike course. I noticed a few Panamanian cyclists NOT in the race taking advantage of clear roads for training which I am sure is not often the case. There were quite a few mountain bikes with slicks so I am sure some of the stars of La Ruta Mtb Stage Race were out there training on our race day. Thanks to IM for an excellent event, the chance to swim in the 7th or 8th Wonder of the World and the fun times racing across the Bridge of the Americas. It was my first trip to Central America and my first visit to a Latin culture (Mexican resorts do not count) so I tried to learn/absorb/enjoy all that I could while I was there.

Going into this race I felt I was undertrained for triathlon but I thought I was in shape on the bike, which isn’t ideal for a big championship level event, but thought there were some things I could gain in coming to this one despite all of that. I think in the end the gamble of coming not in top form was worth it, even if I felt it was tough trying to race in Panamanian hot/humid conditions coming from winter in Victoria. Lots of other top athletes also got crushed so I wasn’t alone out there.

I was very disappointed in my riding and I don’t really know how to explain that. The flat tire does not reconcile my bike split. Although my run wasn’t awesome I knew what to expect since I have been injured since 70.3 Worlds and not training at all for running and frankly, the heat was insane. Honestly, my run was average for about 17km and then completely terrible for the last 4km which was where I lost gobs of time- the wheels came off of an already rickety cart. However, as bad as it was I think it was better than the last four 70.3s I did where I was trained and injured. Baby steps as I can build from here. It was a good workout.

The highlight was my swim which after only three weeks of proper training is right where it should be. We all basically time trialed as the current in the water and the boats we swam around splintered us into individuals rather than a pack. That was the shiny part of the whole race, as I came out with a very small deficit.

I can say I am healthy, I know with my current fitness I can already do better than happened this past weekend and I can swim. Given it is still February I have a lot of time before my actual season starts and I probably just need to spend a bit more time riding my time trial bike potentially in warmer conditions. It was scorching hot there.

To summarize the weekend I can now say I have seen Central America, got massive sunburn, practiced getting a mechanical in a race, run a whole 21km for the first time since last July and I moved 100 spots up the ranking with the points I gained. I got to try out the new awesome Champion System tri kit in the water so organizing for the season is happening earlier than ever.   So all in all, many boxes were ticked even if my cycling ego is bruised. I will get over it and ride faster in Oceanside last week of March. I also learned those hats everyone thinks are Panama hats are actually Ecuadorian.  Google that.

I did check out some of Panama City and have included some fun photos from this colorful place. My hands down favorite were the painted buses ferrying people in and out of the city.  Crazy. 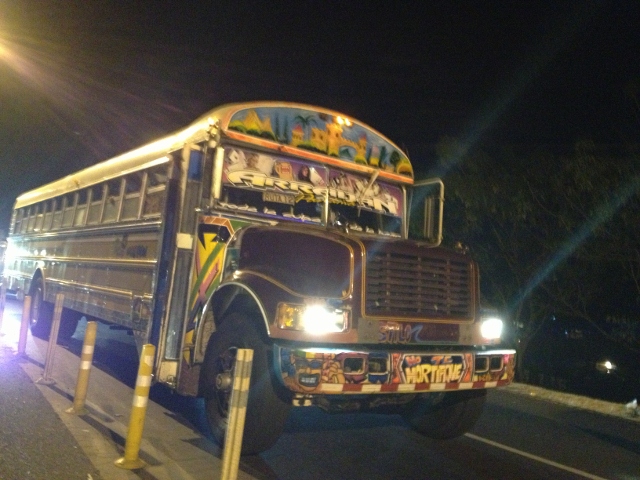 I think they paint over the windshield of the party bus so that no one has to witness the chaos that is the traffic in this city.  My other taxi lesson along with learning it is totally normal to be sharing with a stranger is that there are NO seatbelts in the back.  Wanna wear a seatbelt?  Gotta be in the front. 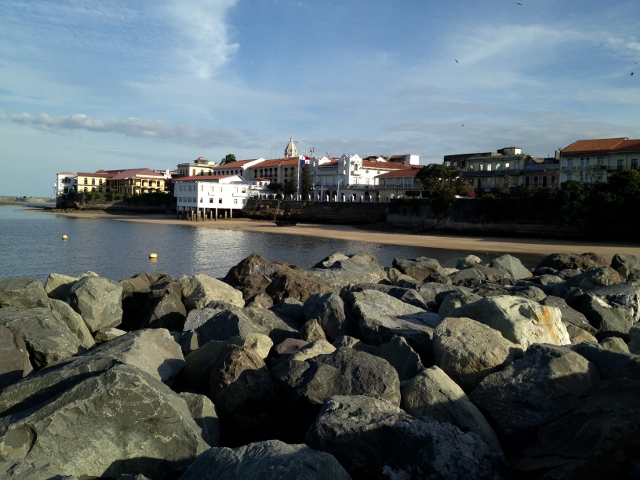 Old Panama City to the right… 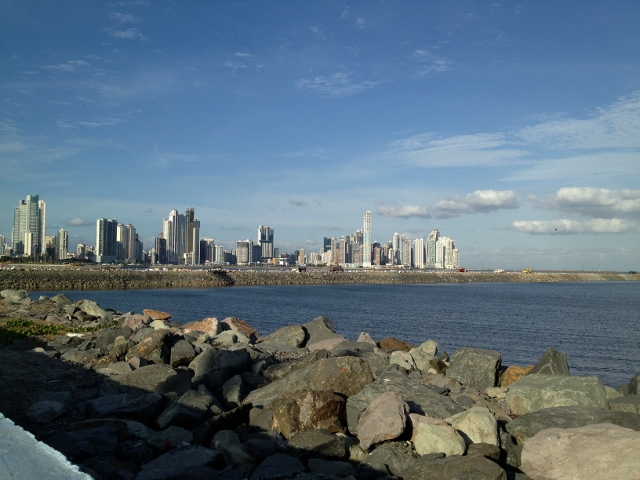 New Panama City to the left… 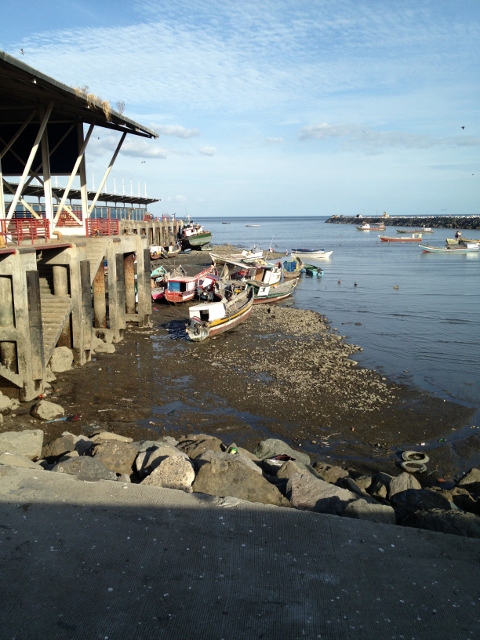 Someone forgot to check the tide charts….