The 2013 edition of this race was in jeopardy of cancellation due to stormy weather creating soggy trails and flooding of the James River.  Only the commitment of the Richmond Parks Department Trail Manager  Nathan Burrell and some last minute sunny weather kept the race alive, albeit without a swim.  This is the second time I have raced a duathlon at this venue.  The lack of swim combined with lackluster legs on the bike did not bode well for my overall race performance.  I ran and pedaled hard and after it was said and done finished fourth behind hard charging Lesley, Shonny and Brandi while managing to hold off speedy Danelle in the closing miles of the second run. 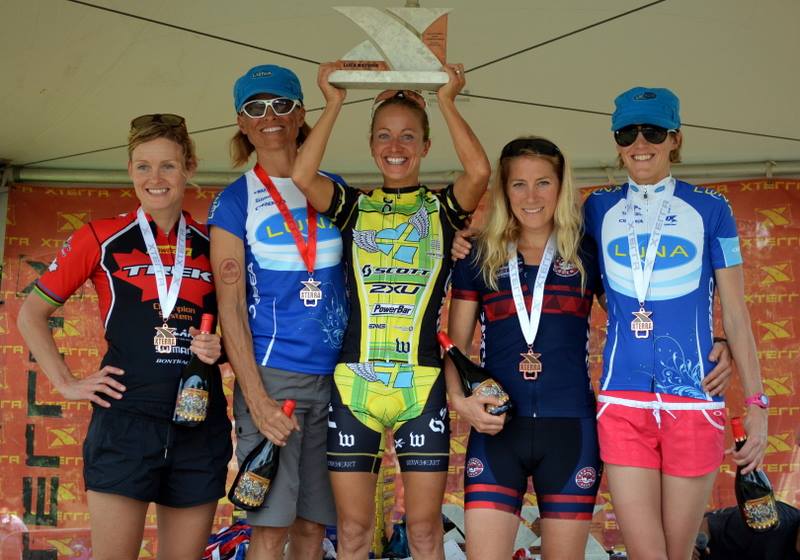 My performance was summed up by Brandi Heisterman, who passed me very early on the first lap:  “you were riding a bit like a donkey.”  Agreed – losing 5 minutes to the fastest bike split on this course not what I would generally expect from myself or how I have ever performed here.  I held on for a lap but crappy legs from the half Ironman last weekend added up to me dropping back instead of surging forward.   These XTERRA girls are fast and when I’m not at my best its a tough go.  I didn’t focus much of my season on the XTERRA series this year so although I’m disappointed I know where these results are coming from.   Could be much better. 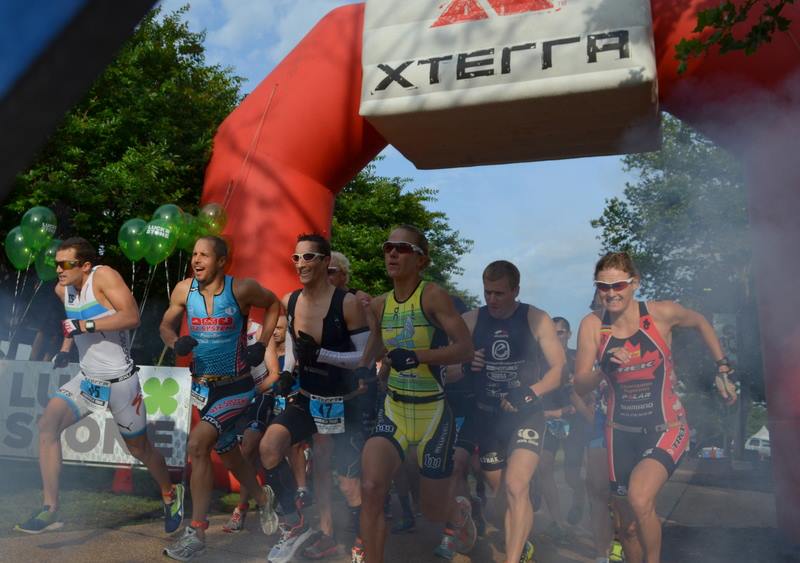 Yes I am wearing gloves, it was to speed up my transition 🙂

I think it is 100% a crapshoot how you are going to feel one week out of a 70.3 event, last year I was great after Honu but that was coming off a bad 70.3 race and 8 days rather than 7 in between.  I think the quality of racing you exhibit at a 70.3 will determine recovery time, with better races requiring more time to bounce back than crappy races.  Racing XTERRA, which requires maximum power AFTER the 70.3 which is more sustained power is challenging within a week.  The races would pan out better if I could schedule them in the opposite way but that just isn’t how the schedule laid out.   I am happy to have raced and pushed myself on a tough day and I am marching forward with improving fitness towards races later this season. 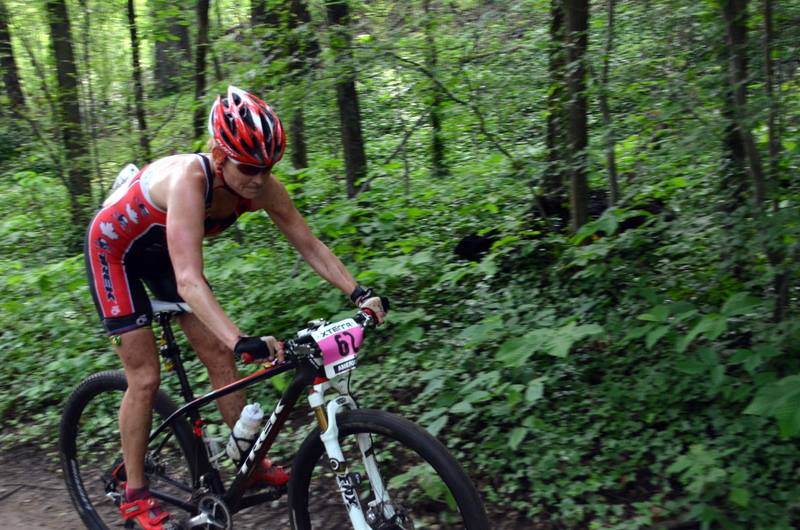 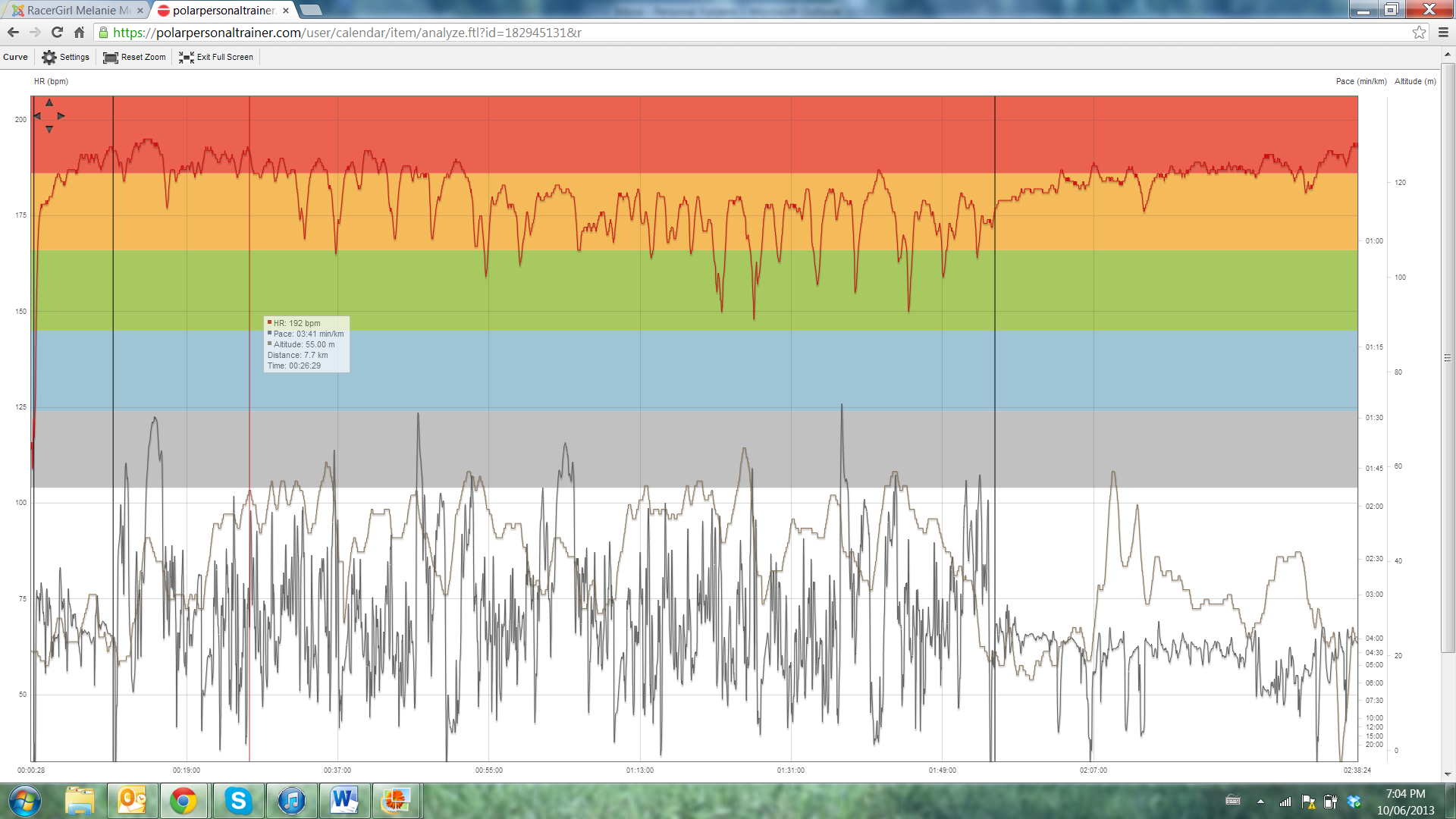 I     With the Polar RC3 GPS not only can I track heart rate, but I can also see pace during the race which is very useful going forward.  This file is quite different from the heart rate profiles from last year when I was feeling great.  My heart rate is much lower and dips on the second lap of the bike showing that there was a significant decline in input (heart rate measures mostly your INPUT/power and pace measure OUTPUT)… which resulted in less output on the bike and explains the less than stellar bike split for me.  You can use your heartrate monitor information in this way to more objectively measure your performance especially after you have made a more subjective call on how you felt.

–     Luck Stone is a local sponsor who incorporated their own GPS technology allowing fans to follow their favorite pros on race day.  This is an incredible step forward in promoting a participant sport’s fan base – THANK YOU for allowing others to follow along on race day.  Awesome. 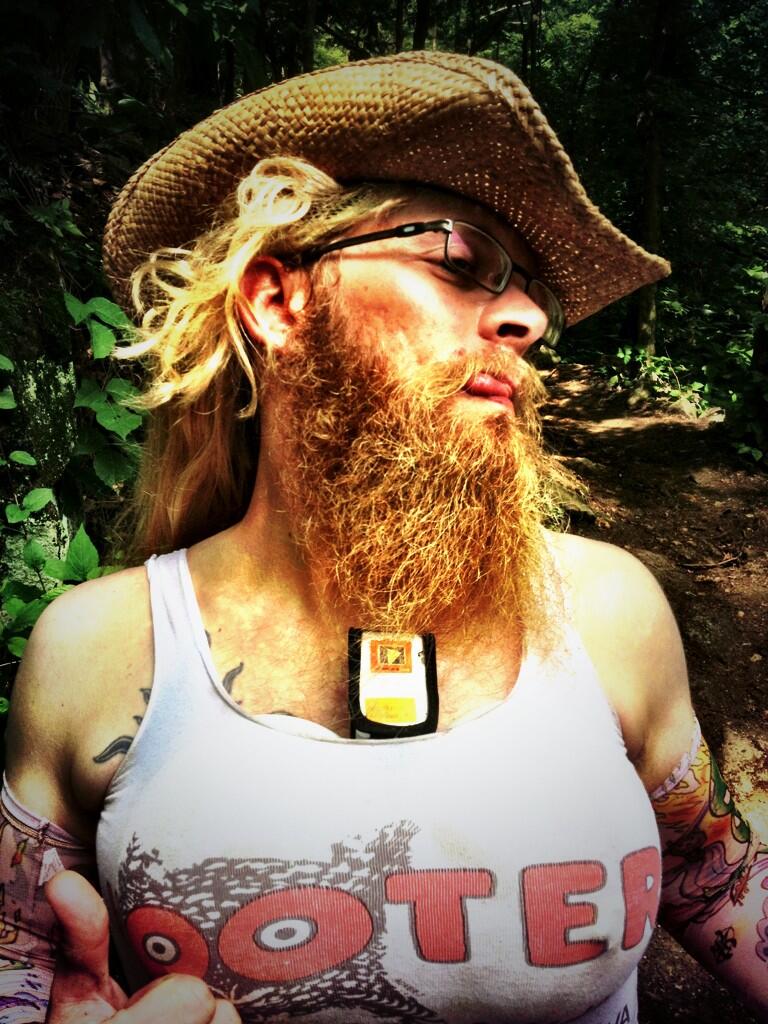 This is where my chip ended up 🙂

–  Canadian pro girls outnumbered the non-Canadian girls in the field.  My work here is done, haha!  If Chantal Whidney had not had a flat she would have been in the mix as well.

–        Duct tape is not an acceptable mode of race kit repair.  Although Champion System offered to replace the kit I thought I would be swimming in the James River and thus destroy the new one anyways so I decided to try to fix it.  Didn’t work out when I stuffed my GPS down my pants when the strap for that broke as well.  Eventually I lost the GPS, my seat bag and a bit more coverage of my butt.  I noticed the crazy fans appreciated the low cut version of the arse of my outfit.  You’re welcome boys! 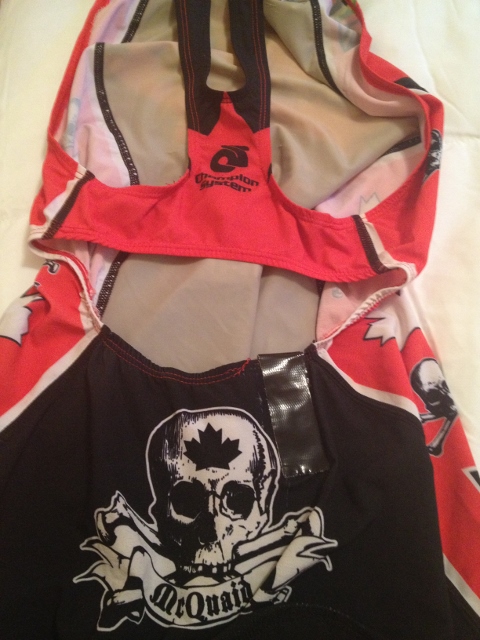 Next up is Mt Tremblant 70.3 where I will continue my progress towards a spot at Vegas 70.3 Worlds.  My running is feeling strong and I look forward to showing that improvement at a race – SOON!  I will be spending more time dialing my position on the Trek Speed Concept in the coming weeks.

Thanks to Trek, Bontrager, Shimano, Champion System, Powerbar, Polar USA, Champion System, Rudy Project, Powertap, Blueseventy, eSoles, SciCon Bags, Synergy Health Management in Victoria and USANA.  Thanks to Jay and Celine for another year at Casa Stuart Ave.  Thanks to Al and Helen for another fun day in Cary, NC.  Thanks to XTERRA and Nathan at Richmond Parks Department for rolling with the punches and pulling off a successful event under challenging conditions.  Thanks to the Canadian girls: Buttons, Brandi, CJ, Danelle and Chantal for a fun post race debriefing, always great to have such a strong contingent speaking Canuck.  Lastly big congratulations again to Lesley who is having such an amazing season.  Way to go girl, you’re wearing that World Champion title well.  Best of luck with the mountain biking in July!