Despite having what I consider the strongest army behind me going into battle on Saturday, we arrived unarmed.  I fell sick on Wednesday and deteriorated quickly heading into race day.  Racing with bronchitis is not ideal and my performance reflected that.  The Oceanside win indicates very strong early season form which was my savior when I went into the race at partial capacity so all things considered 5th place is pretty awesome for how I felt.

Big congratulations to Renata Bucher for winning the first XTERRA of the season and to Lesley Paterson for defending her stripes with an awesome and thrilling sprint finish to the line.  That is the kind of edge of your seat racing the super fast ladies in this sport are capable of… great job girls!  Emma Garrard continues to impress with her third place and Danelle did her gazelle impression as usual galloping through the field to fourth.  I did put up as much fight as I possibly could and although I have to admit I didn’t put up much of a fight when I saw Danelle coming I did pull it together for about 200m to not let Suzy Snyder push my free fall any further to hold fifth when she ran me down.  Sorry Suzy!  🙂

My season goals leave very little margin for error.  I have 3 series XTERRA races at which I must score points to hope to win the overall at Ogden in September and the first of those races was this Saturday.  I also have to race enough 70.3s to qualify for the worlds.  This means I will miss one XTERRA event to make that happen.  The choice was to race the West Champs in Vegas to gather as many points as I possibly can in poor health, consider not racing the overall XTERRA series at all (or just give up the hope of a high overall finish) by not coming to Vegas, or maybe consider missing a high point 70.3 race which may prevent me qualifying for 70.3 Worlds.  None of the scenarios were ideal but the choice was obvious.  If the race was a half Ironman or longer my choice would be made: I wouldn’t have enough to finish that difficult an event.  XTERRA being only 2.5 hours of suffering was a manageable task and although I knew I wouldn’t be great I knew I could finish for points.  Too bad mother nature made it as hard as possible to complete!  XTERRA is never easy.

I am also acutely aware of how much effort goes into me arriving at races kitted out the way I am.  My new Superfly was custom painted, built and broken down in a complete rush in order for me to have the bike I was hoping for on race day.  After all that, Rax Waxham from the racing division also called to make sure it arrived all right and patiently fielded my questions on how to use all the cool stuff on it.  There are more people invested in my racing than just me so I was focused on making the most of whatever I could for all of us.  I needed to meet that bike in Vegas so not getting on the plane to at least TRY to salvage my season opener wasn’t an option.  All things considered, fifth was a successful bid to still achieve our goals and probably the best I could have hoped for.  Well, had Danelle not caught me in the last 500m I could have hoped for fourth maybe, haha! 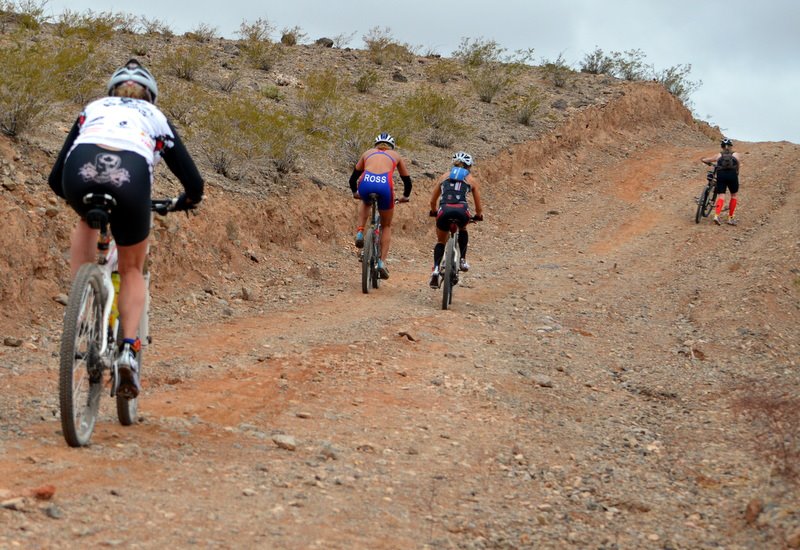 I am definitely over the cold racing.  The water was 57 degrees which is fu#$%ing cold.  It was also freezing cold out so we went from freezing our faces off to freezing our butts off out there.  It was not that enjoyable to do all of that being sick honestly and I have to say that this is the first time I didn’t have fun at an XTERRA.  Someone turn the bloody heat on outside.  The wet and cold conditions made the course fast this year and the winning times reflected that.

The Highway 19 Rogue wetsuit was the right wetsuit for that cold water because although my face, feet and hands were numb my body was actually quite warm.  I really do love that wetsuit and I think that suit kept me swimming in a group more than anything else.  My swim was okay.

I put gloves, socks, shoes, glasses, helmet and my long sleeve Champion System jersey on in transition and it took me almost half an hour to do so (exaggeration) as I stumbled around with vertigo.   I don’t think that was unique to me as I saw some others struggle to get organized to get out riding.  Really cold water is hard on your brain.

Then off I went to pedal my sweet new bike around as fast as I could which essentially allowed me to watch the race ride past.  My Trek teammate Lesley Paterson looked really great out there and I was stoked to see her ride so well.  I thought she had it in the bag but Renata wasn’t going down without a fight.

I went out with the new AVIA Bolt XZR trail racers onto the run and enjoyed an incident free trip around the course complete with sweetass traction.  They really are fantastic trail shoes.  I went out fourth and came home fifth.

Fifth means I have my work cut out for me to try to defend the overall series but at least I stand a fighting chance.  No regrets.

However, I think I can go faster than that and hope to at Pelham.

Job #1 is to get healthy now as I hope to have a better go at Wildflower.  Thanks for reading. 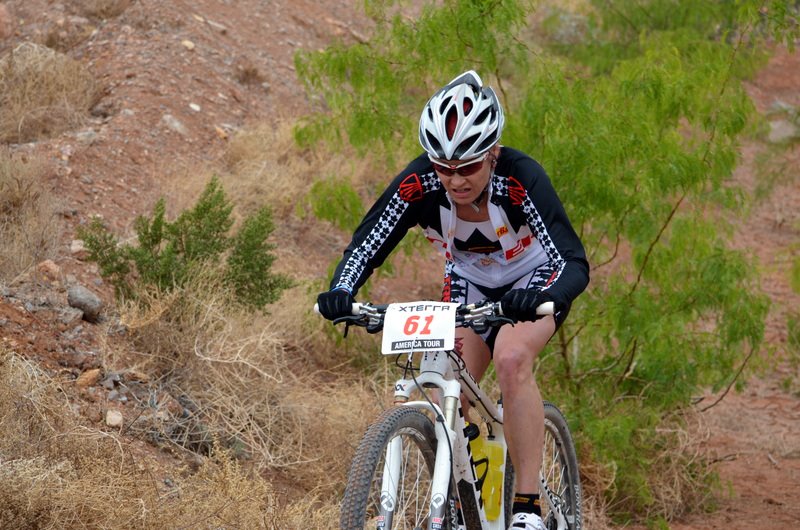 XTERRA Photos:  My bike really is sweet though, no?  🙂