It was news to me this weekend that I have done the race in Richmond 12 times.  TWELVE!!  Richmond was on the schedule from my first season with XTERRA and is the last of the “original” courses that I used to race when I started.  Definitely there is a soft spot for me for this event given it was also pointed out that I have been in the top 3 every year since my first crack at the event in 2001.  This year I managed to continue my streak of podiums here by taking top spot on Sunday… my fourth time winning in the 12 years I have raced here.  I was so happy to pull the win given how unsatisfactory I feel my racing has been since I became ill in Vegas and the win came in no small part to some help from my sponsors and friends believing I could do it even when I wasn’t sure.  Congratulations to the rest of the really consistent girls in the top 5:  Renata in second, super Lesley in 3rd, Shonny in 4th and Danelle in 5th.  Lesley was also coming off a 3rd place at the 70.3 in NH so she is also giving the multi disciplinary season a good go and it was another great Trek day at the office. 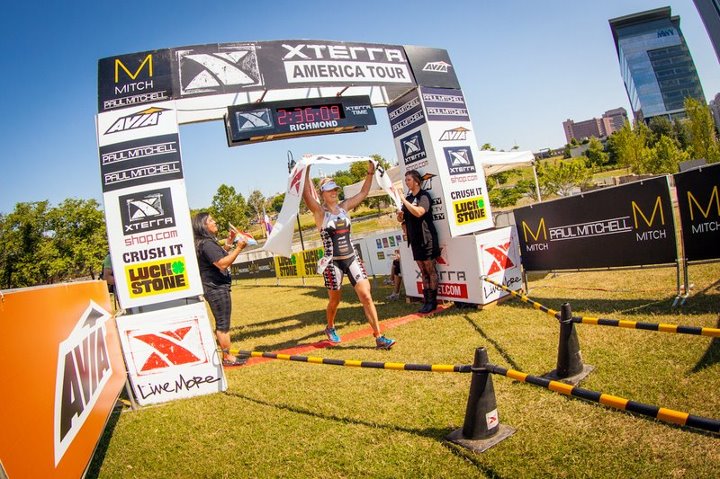 Richmond is the most non-swimmer friendly race in the series because really there isn’t a swim.  You could almost walk across the river if you wanted to (I saw some people running in the middle of the river on Sunday, actually) because it is so shallow.  So as a swim/biker in the field this has never been really a race that suits my strengths perfectly but I have been fairly consistent because in the early days the bike was quite technical.  Now the course is not very technical at all unless you go at it very quickly so it is very approachable for all level of cyclist.  What is awesome to see is how many cyclists are now using the trails in Richmond.  This town has really gotten sporty in the last 12 years.

I thought a fun way to recap the last 12 years would be to give a short description of what I remembered about the race that season.  So here are my 12 years of Richmond:

2001: First time ever to Richmond and first time in this heat and humidity.  Got confused/delirious at the Mayan Ruins and somehow ran off course and found myself running down beside the train tracks while everyone was running in the opposite direction on the other side of a really high chain link fence.  Had to backtrack a long way to find arrows.  3rd.  In love with the sport.

2002:  I start my history of forgetting the race before it is even finished and getting passed while leading this race on rocks crossing the river.  Don’t remember getting to the finish line but woke up in the med tent full of IVs.  Puked on my shoe sponsor.  Anke Erlank passed me on rocks and I was 2nd .

2003: Hell froze over:  the river was too high and Kahuna cancels the swim (there is never any water in that river).  We do a duathlon.  The better runner (Jamie W) wins the race. 2nd.

2004:  We did a quadrathlon with the “swim” (overstatement… short bath before riding) located next to Belle Island in some questionable water because again the water is too high.  We have to run over the suspension bridge twice. I am racing mountain bike world cups and XTERRA at the same time and have just flown back from Europe.  I somehow win with all the extra running.  Super strong on the bike and take my first W at this venue.

2005: Flew straight to Richmond from Italy and no bags for a week.  First time we ride the Forest Hill trails.  Not fast enough on the run and Jamie ran by.  I got  2nd.

2006:  Bit of a bike crash on Belle Island, couldn’t put time into super Jamie, ran in for second when she caught me confused and staggering on the river crossing.  2nd.  Passed out with IVs in the med tent

2007:  Jamie is having an on fire season and catches me on the river crossing, again.  Med tent with IVs post race fun. 2nd.    Did I mention it is like 95-100 degrees here every year like clockwork?

2008:  More great course work in Richmond. Having a super strong season where I am on a crazy winning streak where I don’t even know what I am doing but I am going fast.  Got the W.  This was not a superhot year.

2010: Dolphin dive onto my face on a rock in the river and give myself a black eye.  Squashed by both Shonny and Renata on the bike and then they ran away from me.  3rd

2011: First time racing two laps….Dropped bottle on the first lap, missed bottle on second lap, turning into a fight for survival on the run 1km into the run course.  The race was blown apart in the heat by the awesome Shonny V. 2nd.

2012: Raced with Cool Point Palm coolers, didn’t melt down on the run despite it being really hot.  No med tent J  Use them in hot weather – they work.  Good legs on the day and a super fast field.  W. 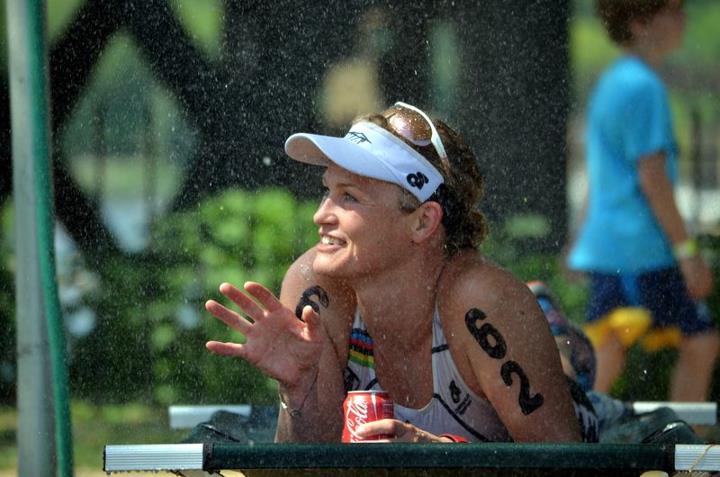 No med tent but it is still hot.. the mister is good 🙂

Having a strong run and a strong bike in the race really just clarified for me that there was nothing wrong with anything I was doing during the last few weeks… it just took this long for my body to clear out the virus and find the pace again.  I am hoping to build from here.

For 2012 I would like to send a thanks to Trek and Bontrager for helping me work through some niggles with my mountain bike fit that I got sorted to make it truly an extension of my body this weekend.  I rode the fastest bike split on my Superfly and I was a LOT faster than last year on that bike despite taking a wrong turn on the first lap.  Big thank you to Trek for the confidence and encouragement!  Such an amazing company – their support helped me find my legs again and their athlete support makes it possible for me to race 70.3, XTERRA and mountain biking which is an absolute logistical nightmare.  Love them.

Thanks to the crazy and awesome Richmond fans in the Forest Hill trails.  I wish every venue had mad fans hidden in the forest (Pisgah Stage Race style!)  I am so happy that one of you “dreams about me at night”.  That is awesome in a super creepy way.  J   Thanks also to all the Luck Stone employees who volunteered out there… and sorry for splashing you with drinks on my way by… I don’t like slowing down. 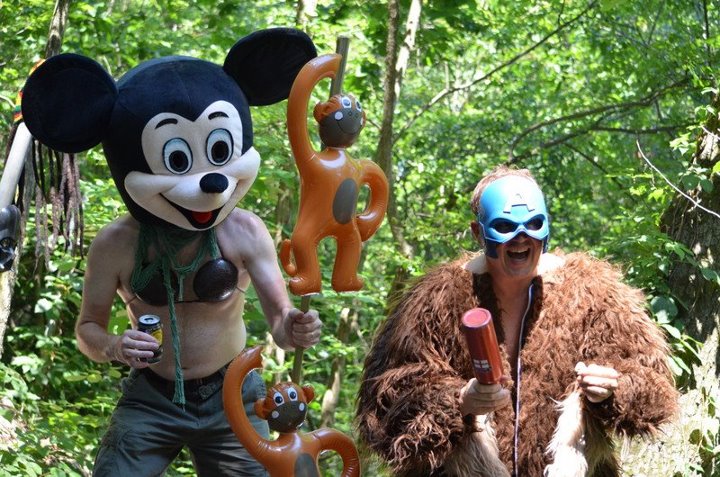 Thanks to AVIA for creating shoes for triathletes like the Mantis.  I am in love.  Strong run this past weekend in those babies.

Thanks to Team Unlimited for putting on races with partners like Luck Stone where the fans at home can follow along!

Thanks to Shimano for 12 years of mechanical free racing at Richmond (the key to consistency is good equipment and good preparation and I only ever choose Shimano!)

Thanks to all of my other sponsors:  Rudy Project, Powerbar, Champion System, Polar, TP Therapy, CycleOps/Powertap, Nineteen Wetsuits, ESI Grips, USANA, Genuine Innovations and Saltstick.  Looking forward to some mountain bike racing to find my legs again before I hit the triathlon circuit for round 2 and I am taking this roster of awesomeness along with me.

Next up:  Test of Metal in Squamish BC.