The three weeks between XTERRA Vegas and the Wildflower triathlon were spent fighting a nasty chest infection.  My main hope for Wildflower was that enough hay would be in the barn that a three week battle with some sporadic workouts would not really slow me down that much. I also had some promising workouts about 10 days out so I went into the race with some hope for a good day.

Wildflower Triathlon attracts 7500 triathlon fanatics to the middle of nowhere to enjoy one of the hardest half Ironman courses in the world.  The race celebrated its 30th anniversary this year so there was even more pomp and circumstance around the already iconic event.  The hardcore pro athletes would be camping next to the pot smoking Cal Poly college kids… awesome!  I enjoyed some post race time on the dock after the race with some folks from Santa Cruz who were doing the Saturday afternoon Cinquo de Mayo festivities up right.  It was like summer holidays!  So fun. 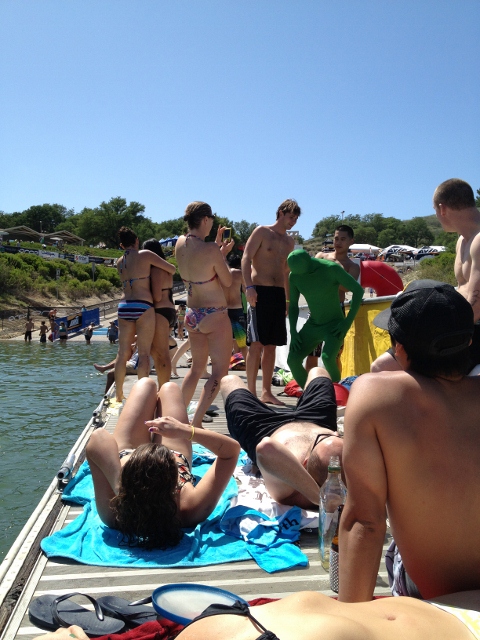 I was lucky to have AVIA as my super awesome sponsor because I was given a mad pimpin RV right beside transition.  This allowed maximum socializing time and maximum sleep in time in the morning since transition was all of five feet away.  I think AVIA got wind of my punctuality issues…. Haha!

When the gun went off I comfortably hopped on Leanda’s hip thanks to my improved wetsuit swimming in the HWY 19 Rogue – only to have her swim away from me at the first buoy along with two other girls.  I spent the next 1000 meters 5 strokes away from third (Keat) enduring constant foot grabs from the girl on my feet which was super annoying but part of racing.  When we rounded the buoy I had had enough footsie and cut left off course to force her to pass only to discover that I had been dragging the entire main pack.  Once on someone else’s feet my swim pace got a heck of a lot easier and I just cruised it in to transition.  I need a bit more fitness and good form to haul ass the whole way in a half so that was just some smarter racing.

Onto the bike I started very conservatively.  I wasn’t feeling it right away and my race plan was to build from 40 miles while pacing strong but not all out to that point.  I had some back and forth with some girls on the first climb as I started with some spinning but once we hit the open road the Speed Concept and I started rolling.  I moved into first at 30 miles or so which is pretty awesome for a race of this caliber with a swim/biker like Leanda in the field.  No matter how I felt that makes me feel really good about the future of my half-Ironmaning.  I know I can be there in the mix if I am in good form. It is exciting to lead a race no matter how you slice it.

However, winning wasn’t on the menu as I basically deflated at about 40 miles and catapulted backwards when I went out onto the run.  It wasn’t pretty.  The quality of the field was handing me my ass and the course was finishing the job.  Wildflower is one of the toughest half Ironmans there is so when you don’t feel good the course can seem brutally punishing.  I did make it to the prime line first (I wasn’t even aware there was a prime so that is a bonus!) which is a career first which I will celebrate for sure.

I am so excited for Heather Jackson to have taken her first win at the race and my teammate Linsey represented Trek bikes for both of us with 2nd on the podium and fellow Canadian Magali Tissyere took third.  I ran in for 8th after being passed in the last mile by three people.. one of whom is my other Trek teammate Rebekah Keat who I would be mad at if she wasn’t such a baller and so funny.  See ya next time Beks! 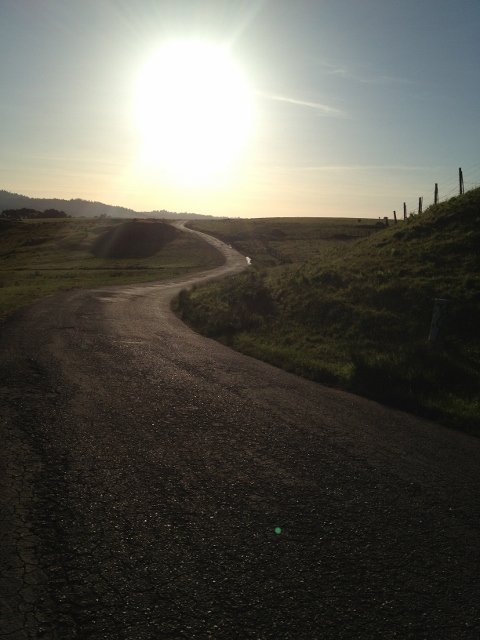 Just another terrible road to ride on that the poor boys doing Tour of California are going to have to endure.

The good news is I was racing at the top calibre for about 2.5 hours.  The bad news for the race was that there were still 2 more hours of racing to go.  The ITU race is short in Alabama in two weeks and although I suffered finishing I am sure the effort will serve me well.  I am sure things will come around.  Although the timing for getting sick hasn’t been ideal it has spared some of my larger goals hopefully so I am head down until May 19th to try to bring the best I’ve got to Oak Mountain.

I spent the last few days in Sonoma for a Trek photoshoot of the new road product.  I know you guys have heard of the Domane but wow… you have to go ride that thing.  Such a smart concept and it works awesome.  Go check the one they have at Trek Procity out.  Awesome. 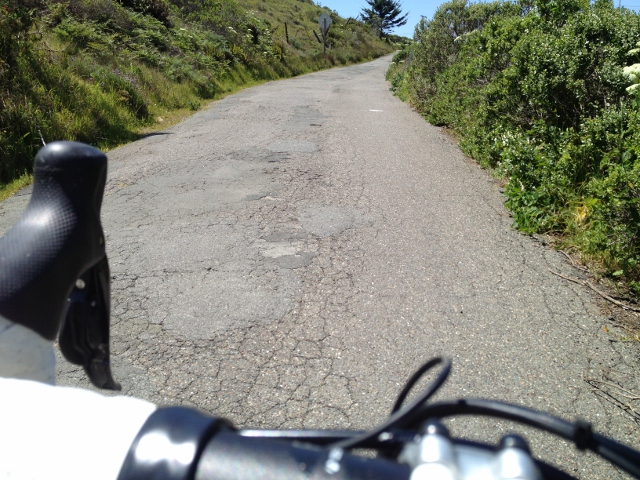 Perfect road for a Domane 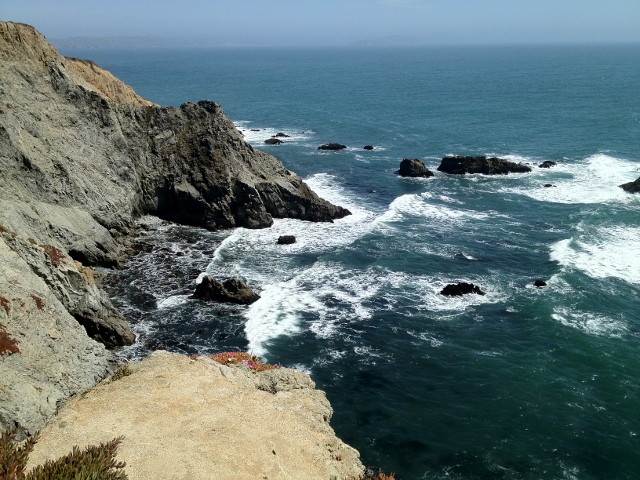 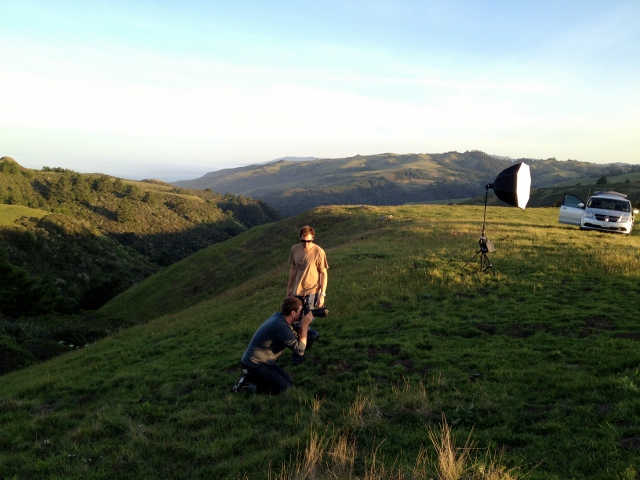 The photoshoot location was also quite ugly.