This past weekend Pelham, Alabama hosted the 2012 ITU Cross Triathlon World Championship. It was really cool to have this venue develop into that World Championship given it was the race that had the most “grassroots” feel of any on the XTERRA schedule when we first came here. Now the race was elevated in importance but maintained the local race feel. Lots of really nice people excited to bring some high level physical fitness to this corner of Alabama. I was excited for my annual visit to Mark and Dianne’s house which is my home away from home down south. We were treated to a new course to meet the guidelines of ITU racing which meant a much more spectator friendly event which I thought was a lot of fun to race. Do I think it was an improvement on the old course? Well I preferred the epic loop bike course and I think the old course might have suited the mountain bikers a bit better and allowed a bit more passing – but I wouldn’t change anything. It was great to put on a good show with a spectator friendly loop format.

The race started with two loops in the lake followed by three bike loops and two run loops. I rode my Trek Superfly which was a perfect choice for the windy but largely untechnical 10km loop. It was challenging to ride it superfast as there were numerous corners we would constantly be navigating but it seemed like the bike course was more an exercise in maintenance of momentum rather than really hammering. All the girls in the race were riding well so the race remained close. It was fun to ride and so great to have all the people in the forest cheering us on. The run followed a similar loop and I have to admit I do like 2 lap runs a lot. It was a good course all in all however I was unable to really get the time I needed on the bike to deal with the super runner behind me. 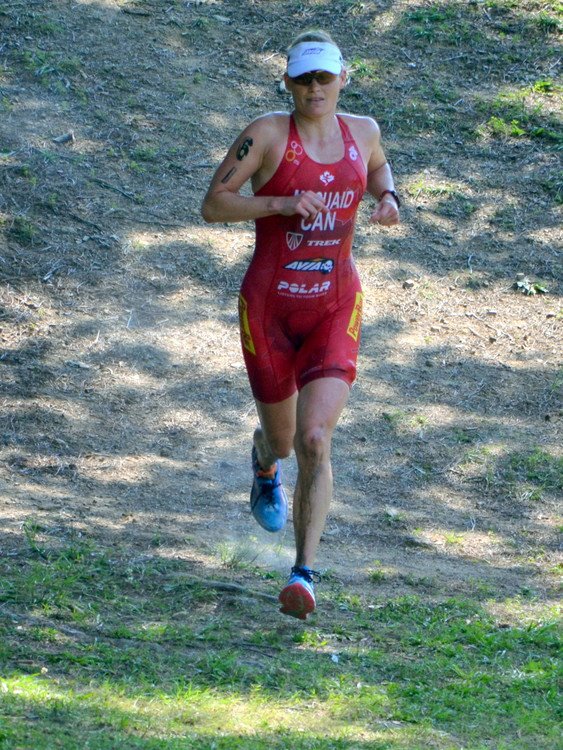 Given how my season has been going prior to this race I am satisfied that I did the best of my ability on race day. I am obviously disappointed to have had a weak run but I have been having horrible races in the past five weeks so 2nd at a World Championship is only one step lower than the very best I could hope for and I am stoked for that. My Trek teammate Lesley Paterson had such an incredible run and she is an absolutely deserving champion. I was also very impressed with Carla Van Huysteen riding on race day and was not surprised to see her take 3rd place at the end of the day with a strong swim-bike–run combination. It took me a very long time to shake her loose on the bike course so she is a fantastic new talent in our sport and it will be fun to see how her career develops over time. I am very excited for Fred Smith, a multi year MelRad alumni, who won his first World Championship title and the overall age group men’s World Champion title. So excellent to see him break through like that! 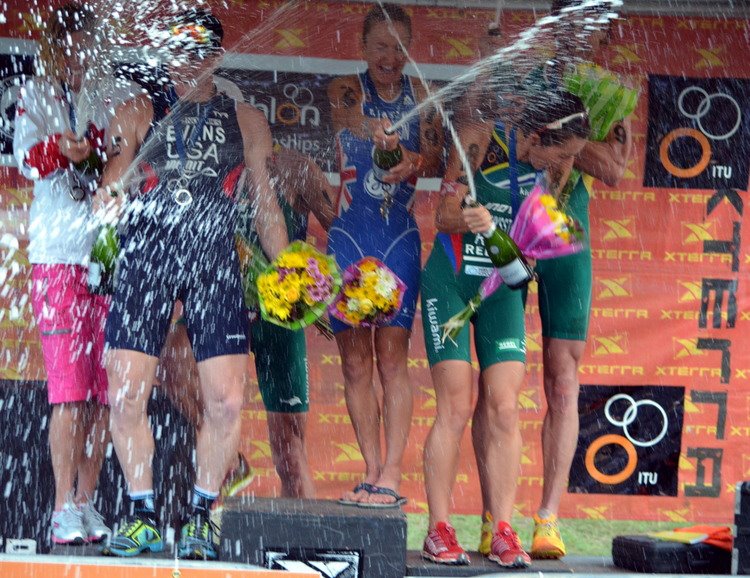 Congratulations to my Canadian teammates Danelle Kabush in 6th, Brandi Heisterman in 9th and Kate Button 16th in her first pro race. Kelly Guest was our top Elite Men’s finisher in 7th. 🙂

Reflecting on my performance on the day I wonder if I should have cut some of my planned schedule when I got sick to give myself a better chance to recharge. I think I probably should have given Wildflower a miss in order to rest and then train more consistently. That is the only change I would have made to address my health but I was pretty excited to go there so I can live with that decision. I have a lot of goals that are motivating me on the road side so I think sticking to my plan will work out in the end. Having different race courses to challenge us to improve on our weaknesses is one of the best things about offroad racing. I would like to give my run fitness a boost to be competitive at the bigger races later this year but I don’t think my run split truly reflected my fitness and instead just showed some difficulty maintaining the top end intensity at the moment.. I am sure I can find improvement.

Through racing and with some better health I am hoping I will continue this upswing for the next few weeks and get some good races in at the Honu 70.3 and Richmond XTERRA. After that I will take a solid break to build some form into the later races in the season. I really would love to have a good go at Vineman this year and I am excited to do some bike racing in June at the Test of Metal and the Tour of Victoria. I am looking forward to the variety I have on my plate this year and look forward to battling both the on and offroad girls this year.