A bit of a lengthy delay from that last event…which was on the island of Oahu at the fantastically beautiful Kualoa Ranch.  I went to race the 21km trail run Worlds for my third year.  I was slow.. potentially my slowest ever?  Not sure but here we are. I was fifth and after consulting the start list before the event that was going to be the best case scenario result for sure so I am stoked about that.  However, my actual race day execution was lackluster at best and pretty poor upon reflection.  I started, shot backwards through the field feeling hot, sweaty and sorry for myself for about 6 miles.  Then I pulled my head out of my ass and ran to my ability on that day and passed back a few girls to come fifth which was a great result given it was a sold out field but I was FAR behind.  I would never have been able to challenge the two deer at the front, both Morgan and Lucy were in a league of their own and Heather and Cindy were in a league above myself.  I battled hard with the girls near me at the end of the race and gave it everything I had.  Only, I just don’t have another gear for racing anymore.  Sadly, I just didn’t really CARE.  That, folks, is when you know it is time to shut it down.

I have no competitive fire left for 2011.  I am spent and am in recharging mode to start the 2012 season at full gas.  I spent a day riding the Pali/Tantalus loop and enjoyed a couple days on the beach with my little buddy.  We had long discussions about life, goals, aspirations and worms.  I think he was really mostly into my banana bread but I can’t be sure. 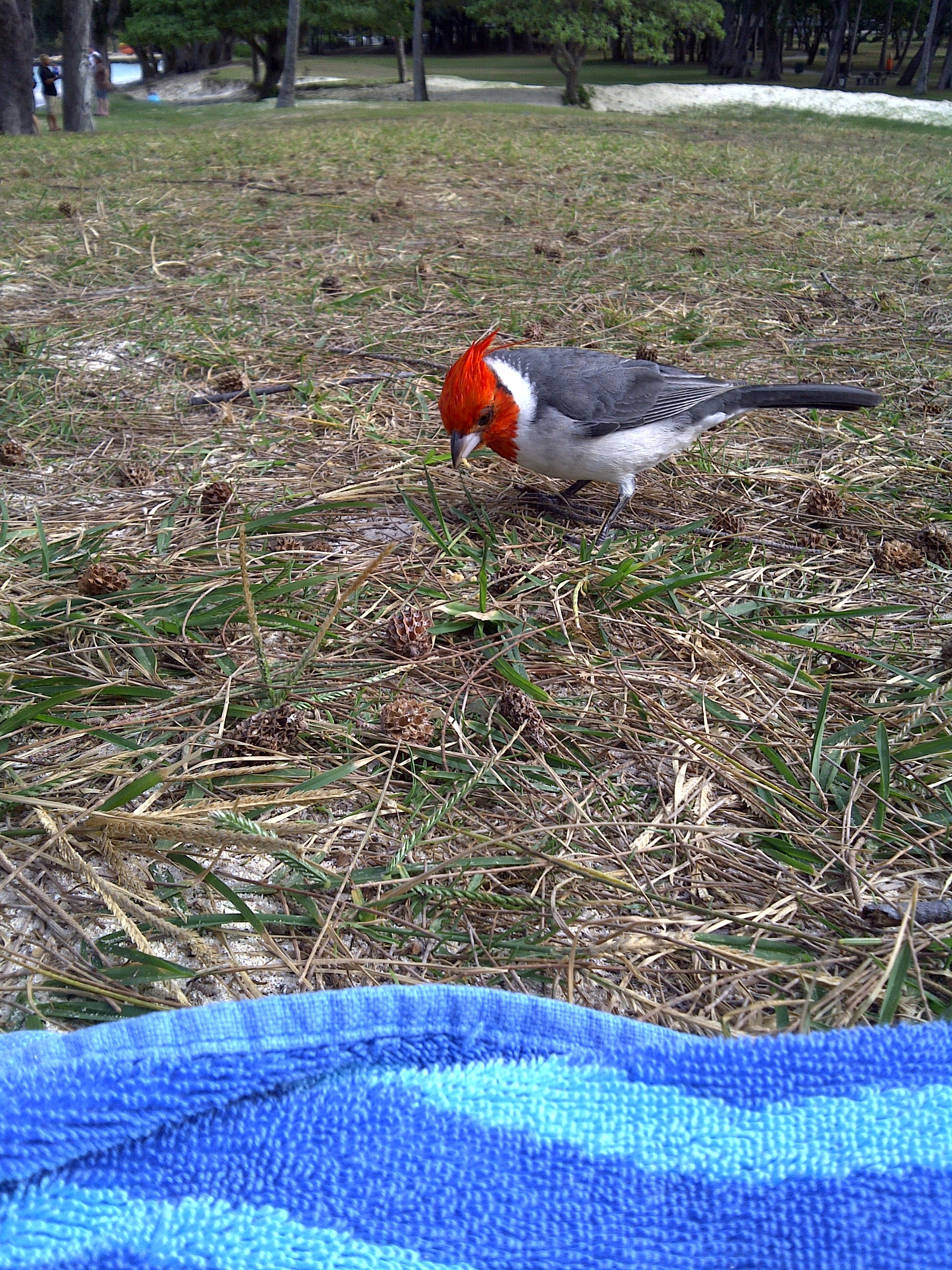 Then I jumped into Houshang’s Pacific Cycling Center December camp (www.pacificcyclingcenter.ca) completely out of shape for riding a bike and jetlagged to enjoy sunny skies, dry miles and fantastic company in my hometown of Victoria.  Although painful and frightening (I think running without riding makes me slower than doing nothing) it was therapeutic and enjoyable and I am sure the 20 hours on a bike I did in the five days I rode this week will kickstart some kind of form for me to actually start training.  Thank you so much David, Erinne, Annie, John, Nik, Adam, Craig, Michael and Houshang for welcoming a triathlete to your midst.  I love the winter dose of cycling talk.  The social suffering is absolutely fantastic and these camps are so well run I invite everyone who wants to get their cycling to the next level to contact the center and get in on the next one.

So moving forward to the end of the year I am now starting to get back on track.  I  have been working on what the next few years of racing are going to look like and at the same time dealing with the change in my personal landscape as well. Changes, although sometimes frightening, always come with growth and often improvement.  I am pretty excited about the professional changes because it seems they are a perfect fit for where I want to go. Personally, I don’t know yet.  However I really like these two quotes when referencing change:

“All great changes are preceded by chaos.” -Deepak Chopra

I think that I am just swimming to the surface of some of the things that were unsettling me and when I look back to where I was at the beginning of July 2011 I am improving a lot and I am growing confidence daily.  There is so much that I am excited to do in the coming years.  I have lots of super fun ideas inspired by all the talented people I have been hanging out with here in Victoria and really look forward to introducing you all to some of the fun projects I will be a part of in 2012.  Obviously, the cat is out of the bag on the Tuscany trip but I will post the detailed information on that soon.  That is going to be my trip of a lifetime so I hope you can join me.

They (new agers) say something about Mercury in retrograde and Pluto triumvirate (blah blah something horoscopey) meaning that 2012 is a year of change for a lot of people.  I guess I just like to be first at everything 🙂

Happily, my winter program looks like it is going to support some awesome fitness and fun.  I think you always have to go into each season with some element of change while keeping some consistency with respect to the things that worked.  I am going to continue with Scott doing the strength work through the entire winter, which is a change from last year. I will again ride with Houshang Amiri’s awesome cycling program, which is consistent, but the group has changed to make it a dynamic and changing riding environment.   I will head back to Island Swimming to have my ass handed to me by 14 year olds again only under new coaching which is a frightening and intimidating change.  I am quite stressed about that at the moment and will keep you posted on how it is going.  I will probably run a lot of my own as I think I am going to gear the front end of my season around cycling this year.  I am hoping for a an exciting new race in the start of my season but that still needs to be confirmed so that will be the next update.  I am enjoying running with Jon Brown’s program and some of the folks from Prairie Inn Harriers so hopefully I can continue to work on my run while I have them as solid training partners.

Bob, I am sorry to have missed the Stewart Mountain 10miler this season but honestly, I just couldn’t race.  I am tapped out by 30+ races this season.  It was a lot and now, I’m done.  Please forgive me?  🙂  Bring on fat n’ sassy season (thanks to Mical Dyck for that awesome description).

There is some hope for me competitively though… Thursday night is the World Championships of Banana Bread as judged by none other than Jack Knox.  Is it just me or is he the absolute funniest ever?  Not sure.   I have been visualizing, testing, and preparing for this event as the importance of the honor of that title deserves:   King/Queen of Banana Bread?  Master of the Banana Domain?  Emperor of Baked Banana Goodness?  Lord Master Banana Bread Creator?  My nephews Dominic, Jack and Lucas, to whom healthy is synonymous with gross, chose my healthy mocha spelt banana bread over Jamie Cameron’s banana pound cakey sugar nightmare 3-0.  Better bring the bigger guns next time there Cameron… you said freezing improves that loaf.  And now let the trash talking BEGIN!!!!  🙂  (I ate the rest of the Cameron loaf….let it be known)

Thanks for reading and stay tuned for some fun new stuff.  If you live in Victoria you can have a small sample of some Melanie coaching at my spin class on Monday nights.  Bring your bike and trainer for the winter  boot camp sessions at Catalyst on Fort Street.  Check it out at www.spincityreg.com.