I have been training in Park City before the XTERRA Nationals in Ogden for 3 years now and every year I have missed the opportunity to race Tour de Suds.  I have seen the signs for the trail and heard the legend of the costumes which motivated me to seize the opportunity to race this time around.   Definitely no regrets!  What a fun day on the mountain.

Tour de Suds is a 7 mile hill climb mountain bike race where participants are encouraged to wear costumes and ride fast.  The event is a charity for the Mountain Trails Foundation and starts with a “neutral” roll out at 50km/h uphill behind a police SUV from the City Park up to the top of Guardsman Pass which is 2700 feet of climbing.  Ouch!  The course winds its way up a combination of double track and single track until you pop out on the paved road to sprint the last 200m to the finish.  It is fantastic. 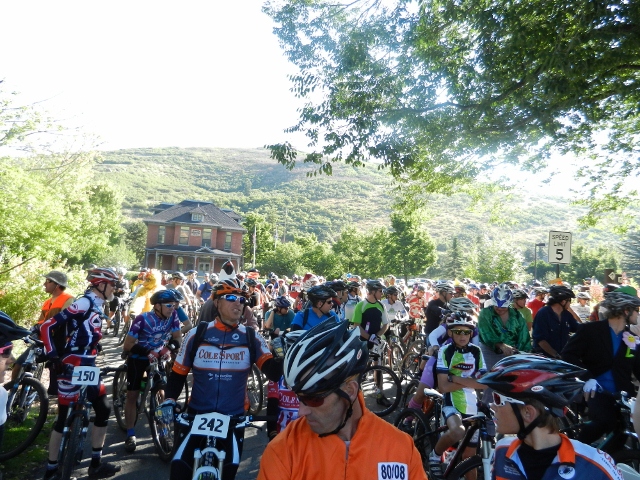 Pretty good turnout for the event!

My race was great.  I have only been at altitude since Wednesday and I feel like this has been my quickest adaptation to date.  When we rolled out at 6900 feet I had awesome legs and my Fate was rolling well so I stuck to the second group of men pretty much until about 8000 feet where the power stopped transferring to my legs.  It was amazing, like a switch went off.  I kept it steady and held on to the finish but certainly the upper 8000 and 9000 feet were so painful and I was passed by probably 6 people within the closing mile or two of the race.  I was already beaten by a banana before I started cracking but the speedo caught me near the top.  As did the convict.  And I think a clown?  Luckily the chicken, Reno 911 and the dude with the sheep were nowhere in sight. 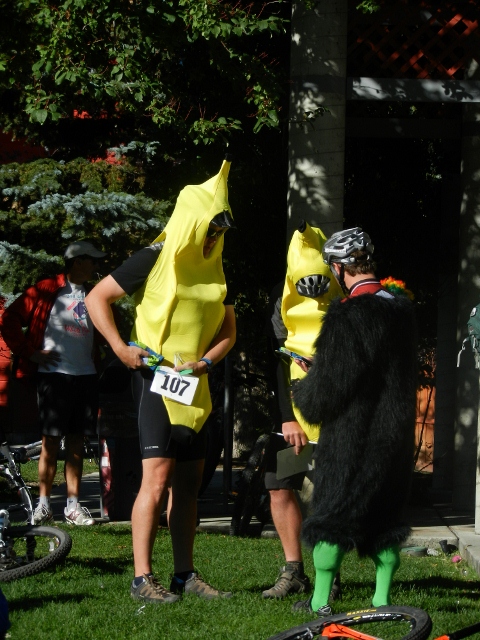 One of these bananas beat me…but not the gorilla..

My Specialized teammate Emma Garrard won the costume category and she also took the whiskey shot at the feedzone (she had taped a gel to her top tube specifically to chase that shot = experience with this event) and was second overall but first in the “Spirit Of The Event” category.  So we took 1-2 overall women on Specialized bikes.  The men’s race and overall record was won by local superstar Keegan Swenson also on a Specialized and his was just minus a jersey so I wasn’t much lamer than him with my uncostumed win.  I wasn’t about to get naked.  Only because it was chilly. 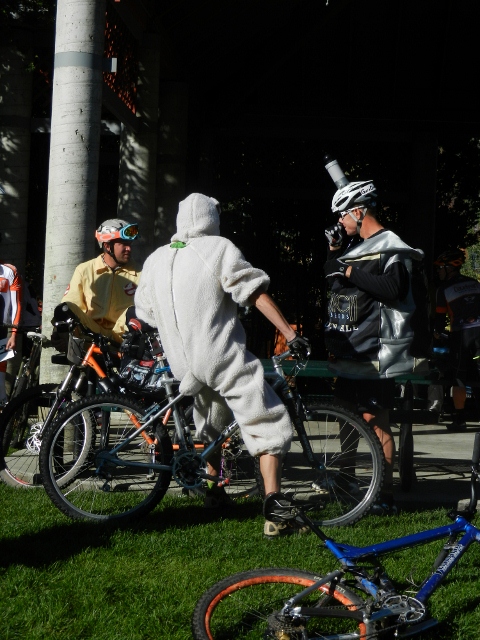 Ghostbusters, sheep and can of beer went down…

So I don’t know… does this count towards my Specialized Win Counter?  Given this is the 31st running of this race I am stoked to have notched a win here.. although who knows what the results are today.  Pretty sure they are forgotten immediately after the event.

Next up is my opportunity to race Lance Armstrong on Saturday in Snowbasin.  I told CJ that if she beats him out of the water she will be the ONLY woman, ever, to get passed by him in a race.  I am jealous….. 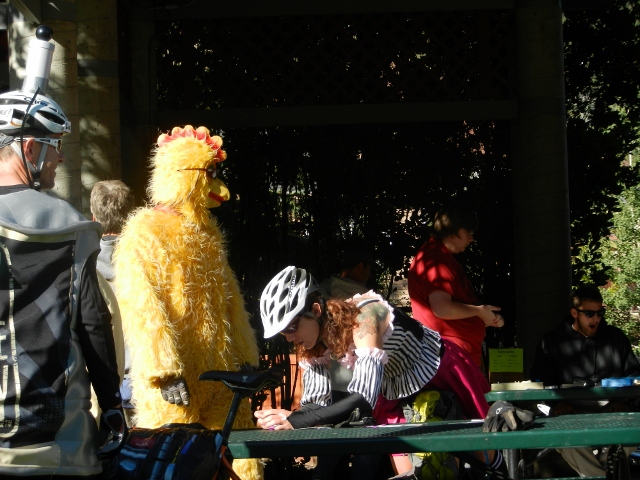 The chicken won best costume partially because can you imagine riding 2700 feet up in that costume?