The race in Indiana was dominated by awesome performances by Ben Hoffman and Melissa Rollinson.  Ben rode a 2:01 bike split for 90kms riding into the wind.  Way to go Hoff!  And Melissa has easily transitioned from world class middle distance running to triathlon with a huge race and amazing 1:19 run split on a super hard course.  Wow, in her second year of triathlon.  That is awesome.  Kelly Williamson continues her amazing season with a 1:20 run split and second place while Leanda led the race off the bike and held on for third.  I so wanted to at least be somewhere in the mix at the front.  However, I never, ever was.  I was not even a blip of consideration as I swam, biked and ran the lowest quality ever in my career.  It was scary.  Read more for the story…

I thought that I was going to go well because my training showed some good days and decent numbers but frankly, I was awful from go.  I got to Indiana a bit earlier and the race started a bit later so really, the time zone factor was less because of better preparation.  I had an awesome homestay with the Glidden family who did their best to make things easy for me so I wasn’t running around making myself tired at all.   I thought my head was in it and I was excited to get focused on 70.3 for a few months.  It should have been good or at least solid or even, acceptable.  None of the above.  There are no excuses here just disbelief.  Control/Alt/Delete please.

Chasing after points in two series is starting to wear on me I am guessing but I can’t say for sure.  I rest, I train, I manage stress, I focus.. all of the above.  Something is definitely not right.  I have certainly had an entire year of racing already with still half of the year to go and it is starting to get ugly.  I am not 100% sure what the best approach is at this point… do I continue the points chase to get a spot to the World Championships 70.3 only to arrive there destroyed?  Do I race Vail XTERRA to try to improve my overall chances only to delay a recovery that obviously has to happen?  It is hard to let go of one or the other which is why I keep finishing races that I feel like it would be better not to be finishing… I need points.  I have some tough decisions to make because really the main thing I need to avoid is racing but riding two horses with one ass I might end up having one get away from me.

It is crazy that I was racing so much better for the first five weeks of my season with a leg injury where my running was seriously compromised.  Now that it is cleared and running in training with some quality I am worse than I have ever been.  This is a very low point for me right now and I am pretty frustrated.  So I obviously need to get my body back on track and training/racing is not accomplishing that.  Something has to change right away because I am so unhappy racing without any quality.  It isn’t fun at all.

However, going to stay in a small town in Indiana was really good for perspective.  Terry, Tiffany and Missy were wonderful hosts and are a great family.  They were so self deprecating about their town being “Mayberry” but it was a cute, close knit, family community.  It kind of reminded me of the people in Villacidro, Italy where families are close together for life.  I love that.  I think at the end of the day it helped me to avoid the negative funk I was teetering on after the race.  The highlight was their original 1960s era stove complete with a pullout range top and two cabinet ovens.  All fully functional other than the meat probe which went missing some time in the last 50 years.  Very cool.  Cooking on that thing was awesome… vintage awesomeness. 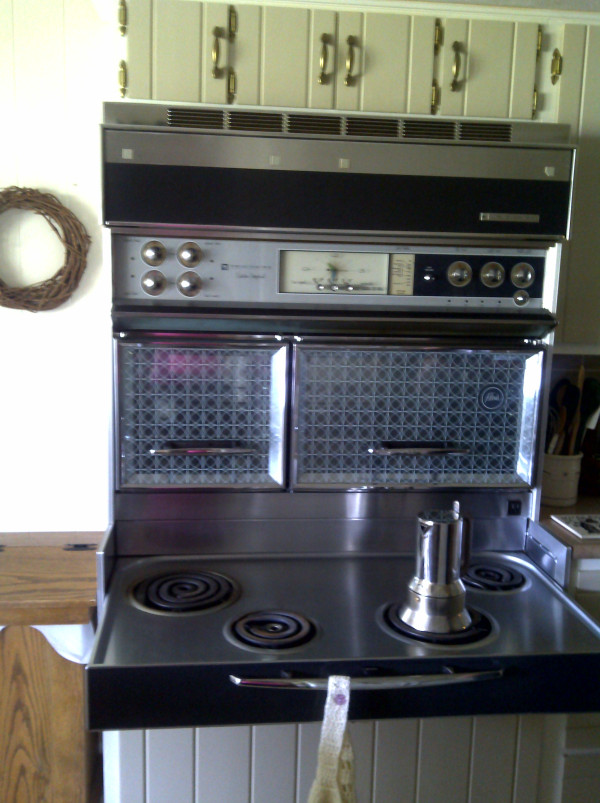 I definitely need to step back and get over myself.  Early this year I could do no wrong.  Now I can do no right.  That is racing and I look forward to getting myself back to the sweet spot.  As soon as possible.