I was lucky enough to be invited to run in the Bear Mountain 10km for the third year in a row.  Nick Walker (yes THE Nick Walker that won the 10km race at the Maui XTERRA Worlds this year) and Mark Nelson put up a heap of prize money for local elite racers to stir the pot at the front of the race and many of the local endurance junkies were up at the Westin at 9am sharp ready to rock.  This year they upped the ante with a 1/2 marathon version of the race which attracted a special breed of maniacs.. but the majority of us (and those in for the prize money) opted for the still-very-hard 10km classic.

It was just as hard as any other year and the competition did not disappoint. Care Nelson won the ladies with Claire Morgan taking second and me third.   Although I have been running some of my best lately and I put everything I had out there I have to say I am a bit disappointed that I did run slower than I had two years ago (last year we had a shortened snow version) so that was not what I had hoped for, really.  I was never going to beat Care who crushed the course record and Claire did have a great run so the outcome was still quite excellent, and I managed to stay in front of Laura who got me last year!  I guess I just didn’t have as bouncy legs to beat my own time or I just didn’t have my head in the game enough.  There will be other chances to give it another go.

The men’s race was won by a very fit looking Jason Loutitt, followed by Shane Ruljancic and my favorite, Jasper Blake.  We made a fetching couple of triathletes accepting our 3rd place checks on stage.  He was wearing his moon boot running shoes which had him towering over me.  (not really)

Thank you so much to Frontrunners Westshore for putting on a fun race that lets us invade the Bear Mountain Golf course for one day a year.  Thanks to the Lululemon chicks at about 6km who had the totally funny signs at the feed zone(something about all the cute ones keep running away.. )… 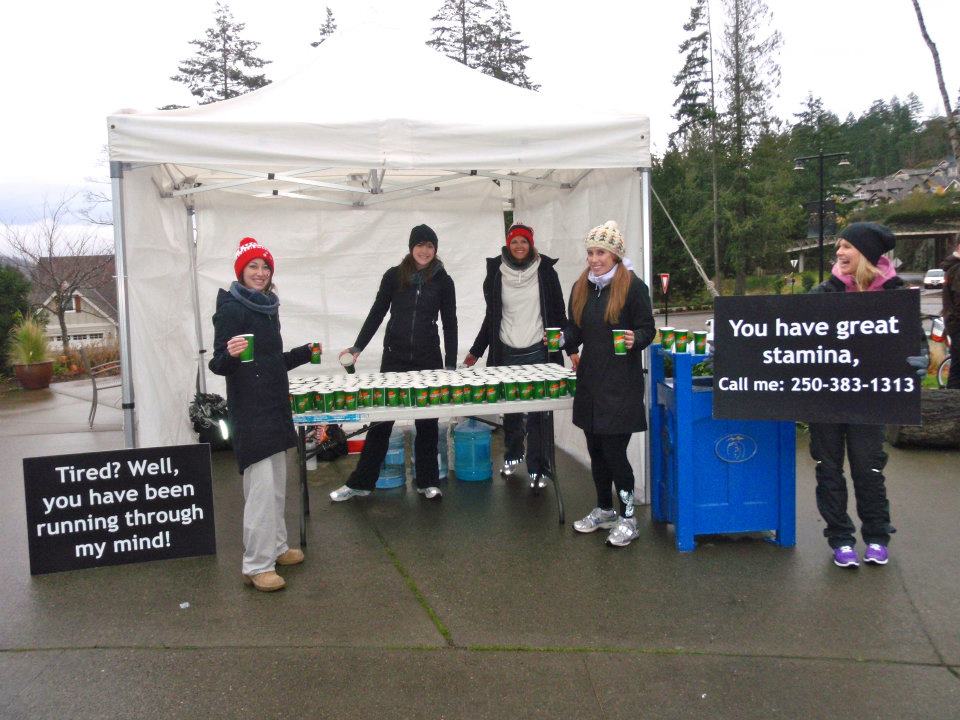 Thanks to the elite ladies in the womens race for making it a tough and challenging pace.  Thanks to the Parkway Physio guy Wesley for the nice achilles massage after (I think I need about 4 more hours of that) and thanks to the Bear Mountain Westin for housing us and feeding us post race.  Good local fun.  I can’t wait to do it all again next fall/winter. 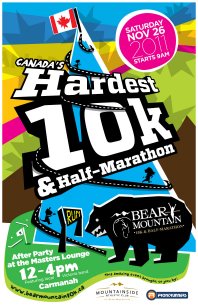