Back on the road following the athletic circus again… so great!  This year we travelled to Monterey, California for the Sea Otter Classic Bike Event and were greeted with the most amazing weather we have ever seen at this event.  Sunny, around 16-20 degrees Celsius.. it was gorgeous.  This year I can’t call it the Ocean Weasel.  I had a great time.

Specialized was fielding the mountain bike team to beat.  Between the stacked boys team of Christophe, Todd, and Burry and Lene leading the women’s team with her silver medal from 2009 Worlds fresh in everyone’s memory.. the Big Red S was rocking.  The team also included myself, Rebecca Rusch (endurance Queen and Leadville 2009 Champ) and Conrad… so we had a complement of endurance types leading rides, signing posters and hanging around spreading the stoke.  It was really fun and I am glad I could come.  I had not intended to include this race this year as my whole plan was for a late, late start of good fitness so I came here worried that I was not ready…. 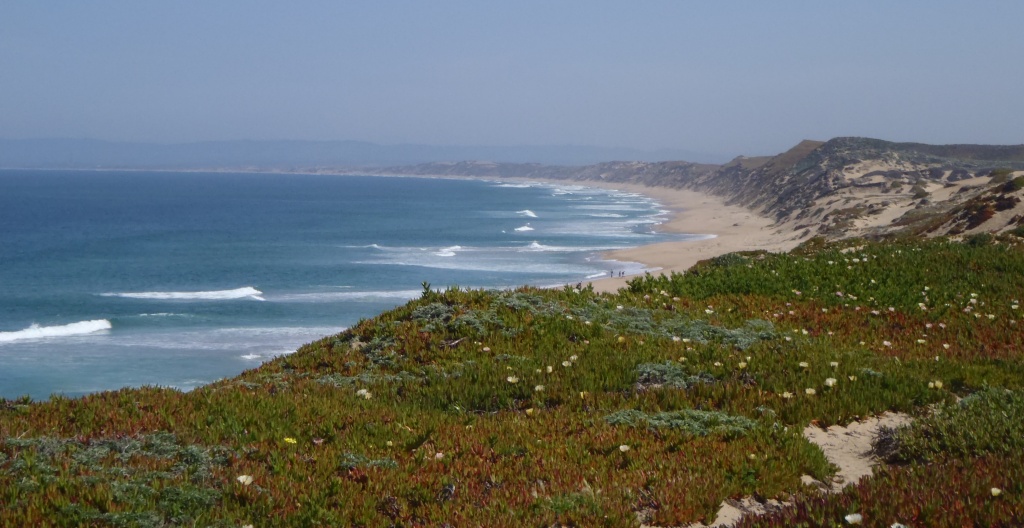 I kind of wasn’t ready.  My bike was still unbuilt so my first day was spent getting it built.  I brought the rig to Shimano for a full service build.. and it came out MINT.  Yay, thanks Nick!  So I spent Thursday getting my position figured out and monkeying with shocks and stuff.  I ran into some new friends like Gary from ESI Grips and Jenny from Saris which Sea Otter is awesome for.  I also did an awesome swim in the outdoor pool.    Great set of 800/400/600/400/4×100… thanks Ron!

So Friday I decided to ride the XC course and unfortunately I had a new bike snafu that meant my rear brake decided to take the day off which led to my first (and required) crash of the year.  No one got to see it but it was spectacular.   I followed that up with a trip to the pool to marinate my road rash in salt water.  Hah! 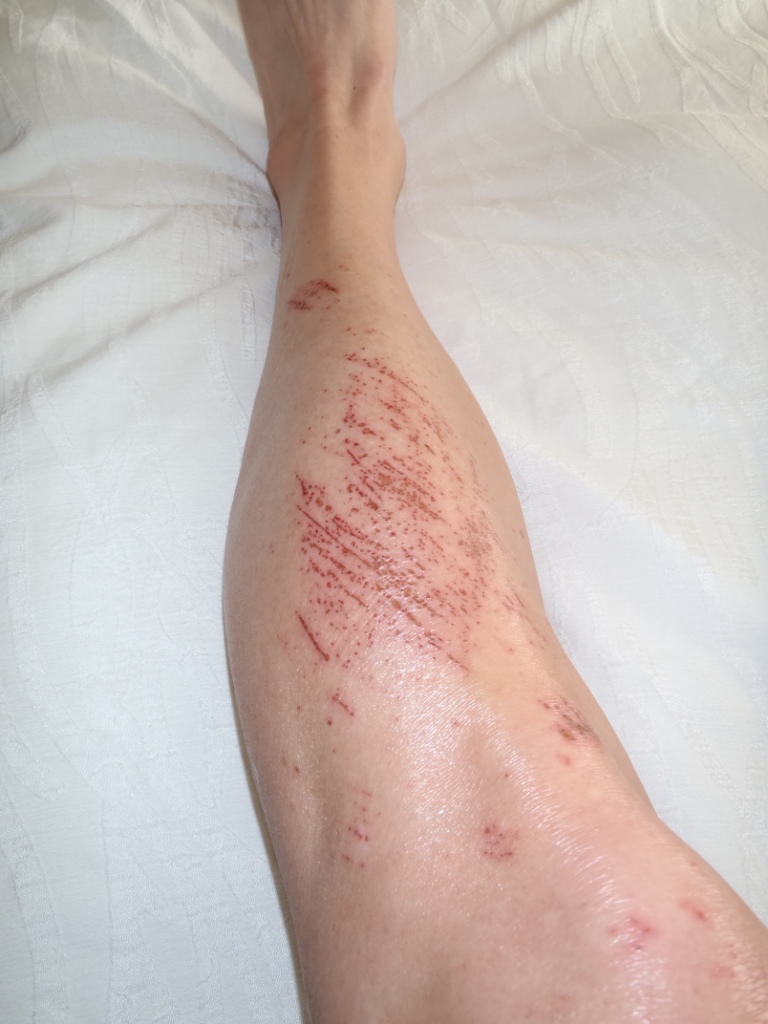 Saturday was short track day.  In the morning I went for an easy spin as the race didn’t start until 2:30pm.  I did another warmup before the race on the course and saw that 100m after the start there was an off camber right hand turn up a muddy, grassy slope and I predicted that on the first lap this was going to be a problem.  The mistake I made is a chose to take far left coming up the slope, anticipating that with a non front row callup the right hand side would be packed up.  This proved to be a poor decision.  Once the gun went off, the girls on the right hand side rode through and got away.  Even if I had waited.. the right would have been better than where I was because they were moving.  The left was a pileup.  I thought that line would be better but instead I was not moving.  The front girls were gone and I was trying my hardest to make my way through the field from the back.  From 20s on the first lap I moved my way from 16, to 15, to 12 and finally to 11 within range of 10th before I got pulled.  The laps were just over two minutes long so only the top ten finished the last two laps.  Oh well.

The XC race was different this year as they made it a 4 mile loop with about 3 kms of it on the road (well, more than that if you include the dirt road).  It ended up being a road race style mountain bike race where you alternated between race pace and as hard as you could possibly go while bleeding from the ears and back to race pace.  It was very fast.  I could not have asked for a better race to prepare for next week honestly, so I loved every single minute of it.  However, given this was my first race of the year my suffer-ometer was fairly low in comparison to where I can get it and in comparison to some girls in the field.  When they attacked me I was like, really?  You can attack now?  In fact, only 2 weeks ago do I remember my intervals on the Powerbeam getting to this level of suffering (actually, I think it was still lower) so my high end fitness is still to come.  That said, I did fairly well, holding onto the group to 10th up to the last part of the third of four laps when a momentary lack of attention and an acceleration by Kelli Emmett opened a little gap which exploded to over a minute in the fast windy conditions when I couldn’t get it closed.  Dangit!  I ended up losing that group and ended up 13th.  Not terrible for my first race of the year and honestly I raced better this year with NO racing (that Island Cup was more of a group ride in comparison to the race speed of real races) before coming than I did last year after having completed two of the US Cup mountain bike races before coming here.  I also spent a LOT more time on my swim and run than on my cycling so obviously some of that work is carrying over to my bike fitness… which is good news for next week but it will only be good if my swim and run are improved proportionally! Georgia Gould and Lene Byberg were 1-2 in the Short Track and the XC races this weekend with Catherine Pendrel of Canada #3 in both as well and Willow Koerber #4 in both.  In the past this race was like a big national level event but given how much the domestic racers have improved the racing quality is top notch at this race.  I also think the type of race was good for them because world cups tend to be really, really fast.  It was fun to race with some of the best girls in the world right here at home.  Also, comparatively I am staying where I expect to be given my focus on triathlon.  I may not be the best mountain biker in the world but I was the best XTERRA athlete at this event… well, no one else showed up so that wasn’t hard…haha!  Well, I shouldn’t say that because my team mate Emma Garrard (racing for MelRad Racing this year) came to Sea Otter and won the Cat 1 women’s XC so I guess there was one other XTERRA girl.  Smart move Emma!

Conrad is showing some great form as well as he finished 14th in the men’s XC race so obviously his biking is looking good to in advance of Vegas.  Looks like both of us are planning a Vegas/Wildflower lineup this year.

So now I am at Specialized HQ in Morgan Hill to do some bike fitting on my new machines, race the lunch rides and visit.  I feel pretty good about next weekend and I am so looking forward to the kickoff to the 2010 XTERRA season!

Thanks to my 2010 sponsors for making another year of XTERRA racing come to fruition!  Thanks to Specialized for inviting me to the mountain bike festivus that is Sea Otter.  Thanks to AVIA and Nathan!  Thanks to Shimano for my new schmancy parts!  Thanks to GU, Sundog Eyewear (new interchangeable Raptor was a good choice this weekend), Maxxis, Saris/Powertap, Titec, Profile Design, Pactimo, TYR, Lazer Helmets (love the Nirvana!), ESI Grips, and Genuine Innovations.  And finally, thanks to the athletes on MelRad Racing for helping to motivate and inspire me!

I have a good feeling about all this 🙂